As Congress debates the Green New Deal, which calls for a massive increase in renewable energy use, new reports show wind energy “dropped off” as frigid Arctic air descended on the eastern U.S. earlier this year.

“An earlier than expected drop in wind, primarily caused by cold weather cutoffs, increased risk of insufficiency for morning peak,” according to a report from the Midcontinent Independent System Operator (MISO), which oversees electricity delivery across 15 states.

The wind power shortfall triggered a “maximum generation event” on the morning of Jan. 30 when temperatures plummeted, MISO reported Wednesday of its handling of the historic cold that settled over the eastern U.S. in late January.

Unplanned power outages were higher than past polar vortex events, MISO reported, much of it because wind turbines automatically shut off in the cold. Coal and natural gas plants ramped up production to meet the shortfall and keep the lights on.

“This what happens when the government starts mandating and subsidizing inferior energy sources,” Dan Kish, distinguished senior fellow at the Institute for Energy Research, told The Daily Caller News Foundation. 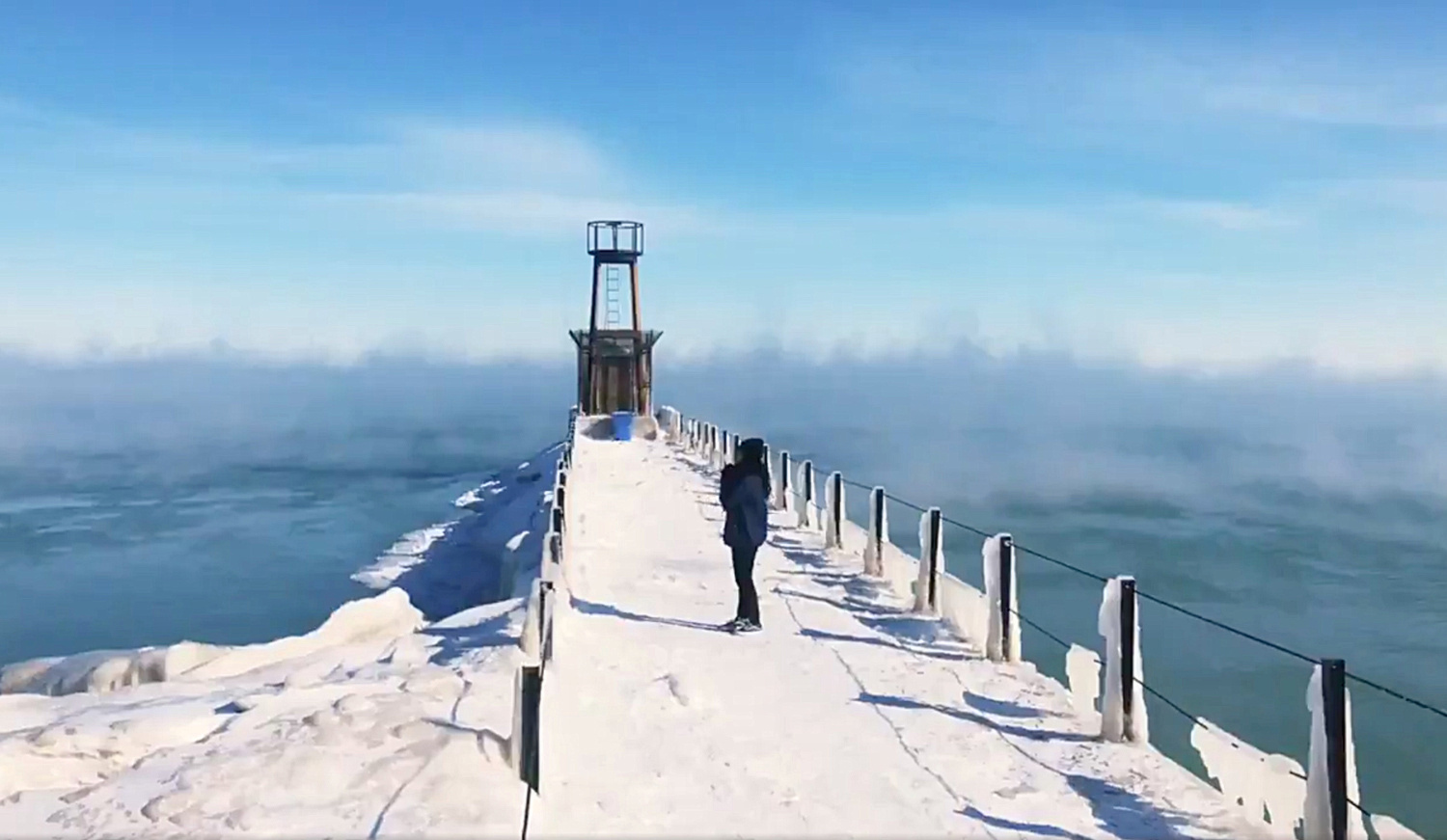 A view of the pier on Lake Michigan during subzero temperatures due to the polar vortex weather system in Chicago, U.S., Jan. 31, 2019. @NatalieCB_/via REUTERS

Kish, a Green New Deal opponent, said the proposal would “double down with more ‘Rainbow Stew’ sources” that “don’t work when you need them the most.”

Kish isn’t alone in his concern. Energy experts for years have been exploring the feasibility of integrating more solar and wind power onto the grid. The Green New Deal brought that debate to the forefront. (RELATED: House Republicans To Hold Congress’s First Public Forum On The Green New Deal)

While the Green New Deal doesn’t explicitly ban any fuel sources, it does call for achieving “net-zero” emissions within 10 years by “dramatically expanding and upgrading renewable power sources.”

Wind turbines are shut off when temperatures dip below minus 20 degrees Fahrenheit, as happened in the upper Midwest and Great Plains — an area often dubbed the “Saudi Arabia” of wind energy. On top of that, when it gets, say, minus 45 degrees Fahrenheit, there’s not much wind.

The American Wind Energy Association (AWEA) did not respond to TheDCNF’s request for comment, but the group did publish a blog post in February on the polar vortex.