A 10-year study of more than 650,000 people was published Monday and showed no evidence that there is a link between autism and the vaccine for measles, mumps and rubella.

The paper was published in the Annals of Internal Medicine a day before Tuesday’s Senate Health, Education, Labor and Pensions (HELP) Committee hearing on vaccines and preventable disease outbreaks. Witnesses are set to include Ethan Lindenberger, the teen who was vaccinated against his parents’ wishes.

The study released Monday looked at Danish children born between 1999 and 2010 and tracked vaccination status, autism diagnoses, sibling history of autism and other risk factors, reported The Washington Post.

The measles, mumps and rubella vaccine in question is a two-dose course that the Centers for Disease Control and Prevention touts as 97 percent effective. (RELATED: FDA Commissioner Goes After Walgreens And Other Retailers Allegedly Selling Tobacco To Minors)

Yet, many parents still fear vaccinating their children against these preventable diseases, and it is creating big risks. More cases of measles have been confirmed in January and February of 2019 than in all of 2017, according to WaPo. 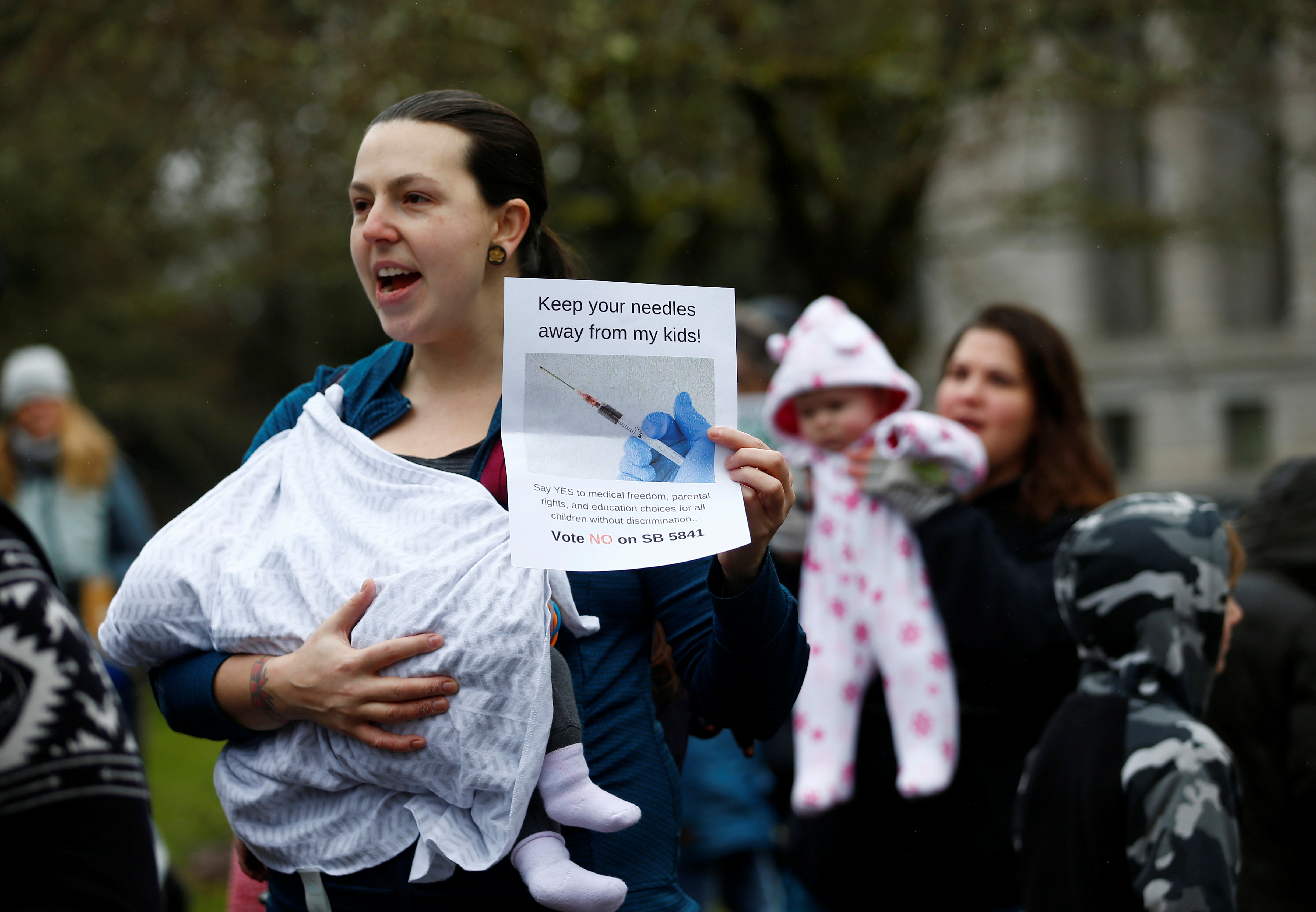 Jessica Castro of Federal Way, Washington, holds up a sign against SB 5841 while holding her 2-month-old baby Zoe during the “March for Medical Freedom” against mandatory vaccinations before the SB 5841 hearing in Olympia, Washington, U.S., February 20, 2019. REUTERS/Lindsey Wasson

Some cities are having it worse than others. Portland, Oregon, is suffering a public health emergency after health officials confirmed in January that 23 people have contracted the virus and one person has been hospitalized.

In addition, the number of totally unvaccinated children under age two in the U.S. has quadrupled from 0.3 percent to 1.3 percent since 2001, according to federal health data published in October. All of this comes as states including New York, West Virginia and Texas push for looser vaccine regulations.

Measles is both highly contagious and comes with serious complications, including pneumonia, inflammation of the brain, also known as encephalitis, and seizures.