A second court ruled against the ongoing dispute to add a citizenship question to the 2020 census, in a ruling that accuses Commerce Secretary Wilbur Ross of making an arbitrary, capricious decision and breaking the law.

U.S. District Judge Richard Seeborg of the Northern District of California issued the 126-page ruling Wednesday, citing the administration’s decision to add the question as “fundamentally counterproductive to the goal of obtaining accurate citizenship data about the public.” 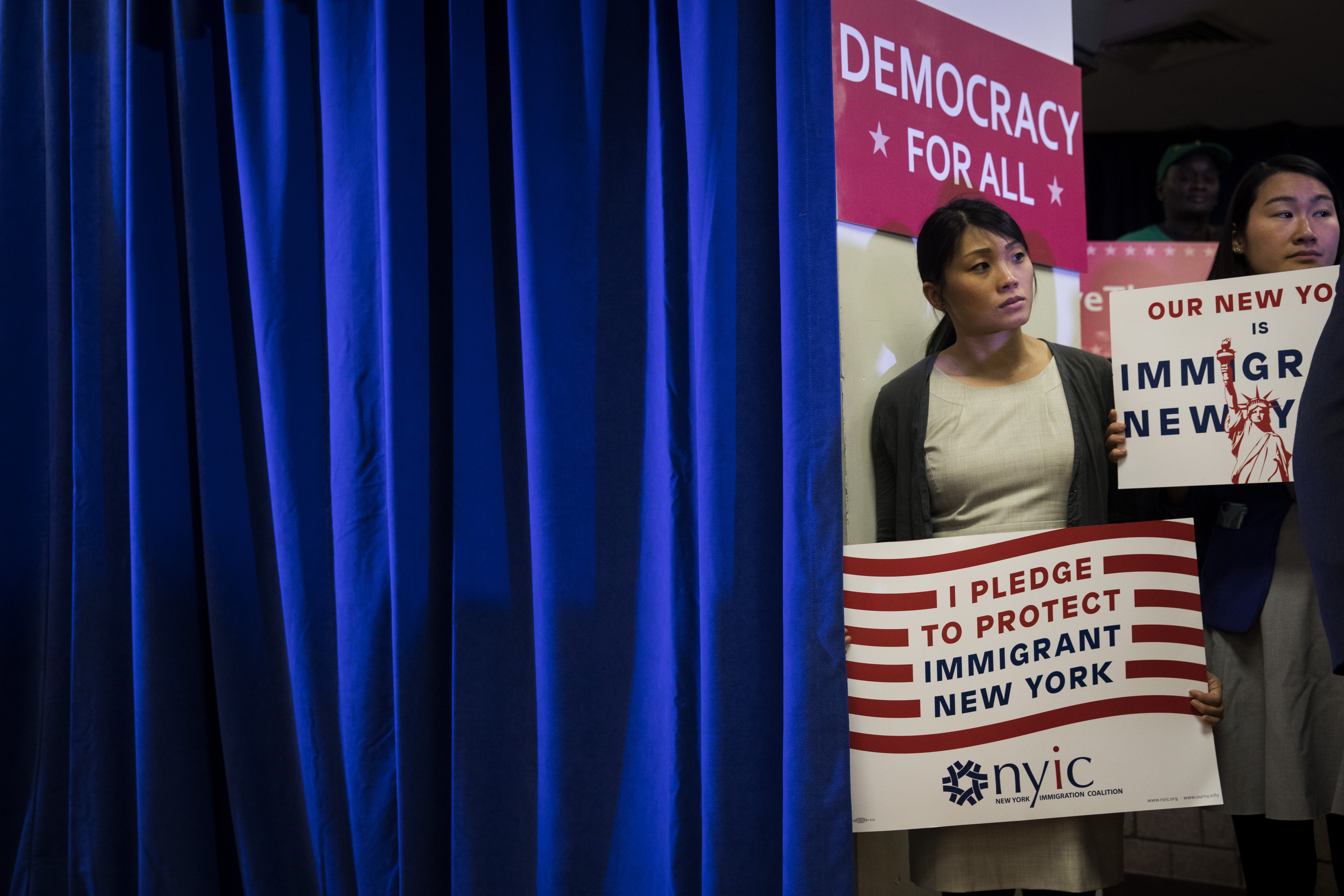 NEW YORK, NY – APRIL 3: Activists look on during a press conference to announce a multi-state lawsuit to block the Trump administration from adding a question about citizenship to the 2020 Census form, at the headquarters of District Council 37, New York City’s largest public employee union. (Photo by Drew Angerer/Getty Images)

In the ruling, Seeborg expressed concern that including the question would depress response rates as immigrants and noncitizens are fearful to reveal their immigration status, thereby creating “a significant risk of distorting the apportionment of congressional representation among the states. In short, the inclusion of the citizenship question on the 2020 Census threatens the very foundation of our democratic system.”

Seeborg is the second judge to rule the citizenship census question illegal. In a decision filed Jan. 15, Judge Jesse Furman in the Southern District of New York barred the administration from adding the question, citing the Commerce Department’s failure to follow the established protocol for the issuance of regulations, known as the Administrative Procedure Act (APA). The administration appealed the decision, and the Supreme Court will hear it in April.

While both decisions found the administration violated the APA, the Seeborg ruling goes a step further by declaring the question to be a violation of the Enumeration Clause of the U.S. Constitution, which requires the U.S. government to conduct a census every 10 years. This could present another issue for the Supreme Court to take up, if the administration decides to appeal the ruling. (RELATED: Supreme Court To Decide On Citizenship Question In 2020 Census)

Since attempting to include a citizenship question for the 2020 census, the Trump administration has faced considerable opposition. Litigation has been on behalf of immigrant-heavy populations, according to The Washington Post.