Republican Georgia Gov. Brian Kemp signaled openness to a medical marijuana reform bill that passed the state House on March 5 in an interview that the bill’s advocates greeted as “wonderful” and its opponents characterized as a “sad day for science.”

“When it passes with a constitutional majority,” Kemp said in an interview with The Atlanta Journal-Constitution published Monday, “it might not matter what I think.”

Kemp said he was impressed by the “strong vote” for HB 324, which passed the Georgia House 123-40, according to The AJC. The Republican-backed bill permits growing marijuana for the manufacturing of medical marijuana oil with up to 5 percent THC, the psychoactive component that causes the high. Patients with one of sixteen medical conditions must register for a medical marijuana card to legally possess it. (RELATED: Republican-Backed Medical Marijuana Bill Clears First Hurdle In Georgia)

The bill does not legalize vaping or smoking marijuana, but its critics are afraid it will lead to the legalization of recreational use in the state. Its advocates say the bill will help children suffering from seizures whose parents have been traveling out of state to get oil for them, since Georgia’s current law makes it legal to possess the substance but provides no avenue to lawfully obtain it. 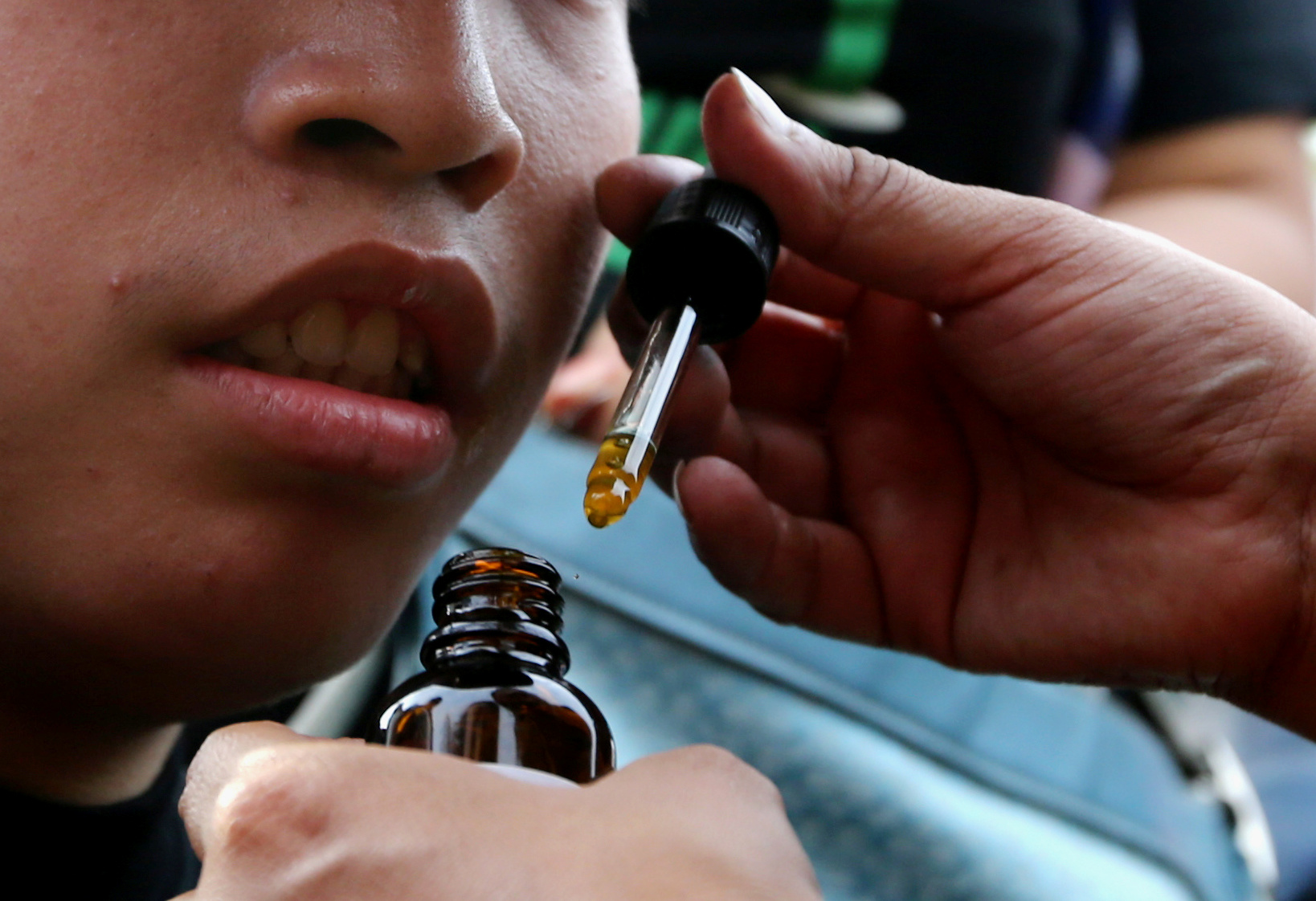 An adult gives a child a marijuana oil to soothe the symptoms of a disease during a protest for the legalization of medical marijuana in Lima, Peru March 1, 2017. REUTERS/Guadalupe Pardo

“I need to learn more about the bill, see what the Senate has to say,” Kemp continued in the interview. “And I’m trying to understand that we are probably putting people in violation of federal law.”

Georgia resident Dale Jackson said he was “very encouraged” by Kemp’s stance. Jackson has seen “quality of life” greatly increase for his 10-year-old son, Colin, because of medical marijuana oil. Jackson said it is a struggle to obtain the oil, but the benefits have been enormous. The change has been as simple as being able to take the whole family to a restaurant and not needing to worry about taking Colin home halfway through dinner.

“We’re really looking forward to the day my wife and I don’t have to worry about any law enforcement agency knocking on our door, but most importantly being able to give my son the medicine he needs,” Jackson told The Daily Caller News Foundation Tuesday.

Jackson has been actively advocating for HB 324 to Georgia’s state lawmakers and even the governor and lieutenant governor. He hopes proposed changes to the bill can be presented in committee next week and said talks have indicated the bill will become more “patient-focused” rather than “industry-focused.” 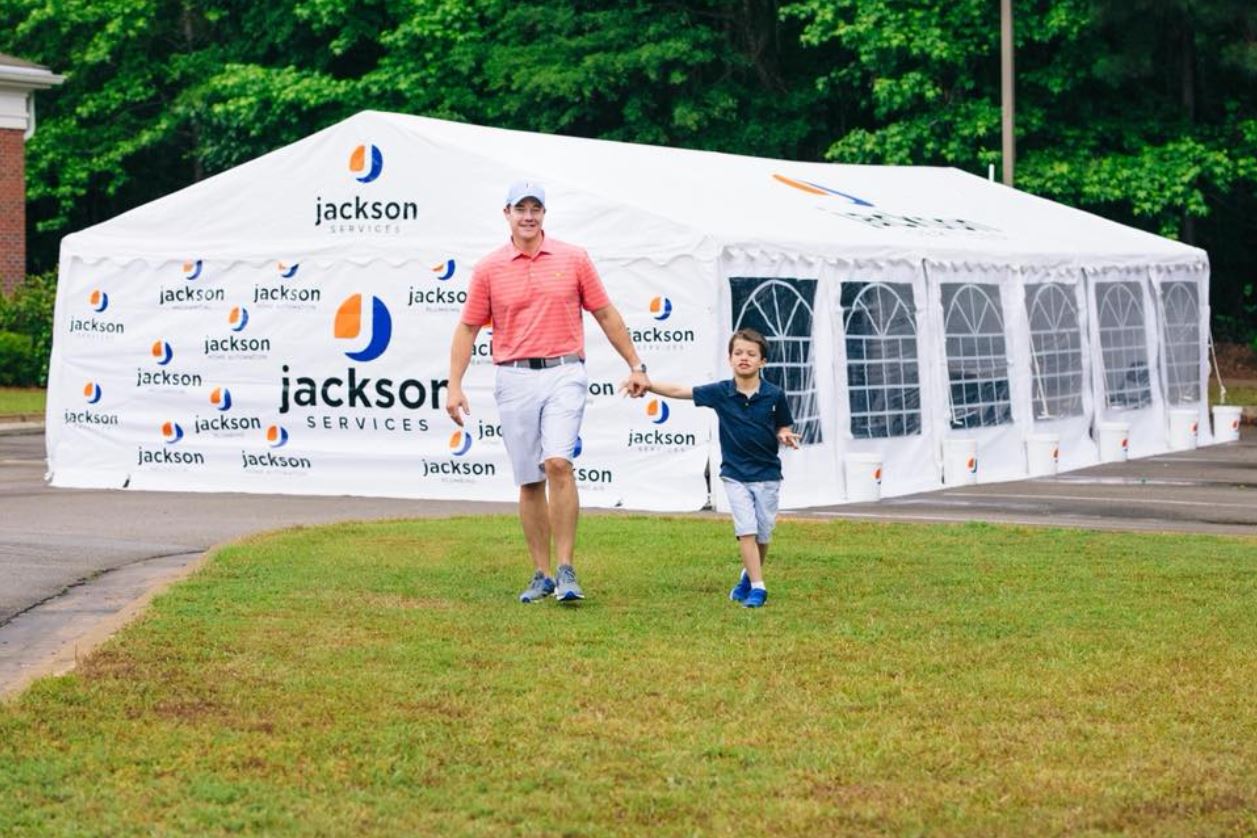 Dale Jackson and his son Colin walk together in a photo posted May 23, 2018. Photo courtesy of Dale Jackson

“A lot of people, especially in this particular movement, show up and have a rally and expect the world to change overnight. The world has changed every single day by one-on-one conversations, and that’s what a small group of us have been doing for five years now,” Jackson told TheDCNF. “I hope that we’re going to see the rewards of that effort this year.”

But others in Georgia believe the bill would do more harm than good. Sue Rusche of National Families in Action, a group that opposes the bill, told TheDCNF Tuesday that Kemp’s openness was “a sad day for science.”

Her organization believes FDA-approved pharmaceuticals derived in some way from the marijuana plant are the better answer. She referenced Epidiolex, a seizure treatment made with a purified active ingredient derived from marijuana.

“It makes me very sad to see Georgia begin to think about cultivating marijuana, and if [Kemp’s] open that means that will happen,” Rusche told TheDCNF. “It means that we will have 60 dispensaries in our state dispensing a drug that has entirely too much THC for children, that has not been approved by the FDA, which means kids can be exposed to all kinds of potential problems including contaminants. That’s not good.” 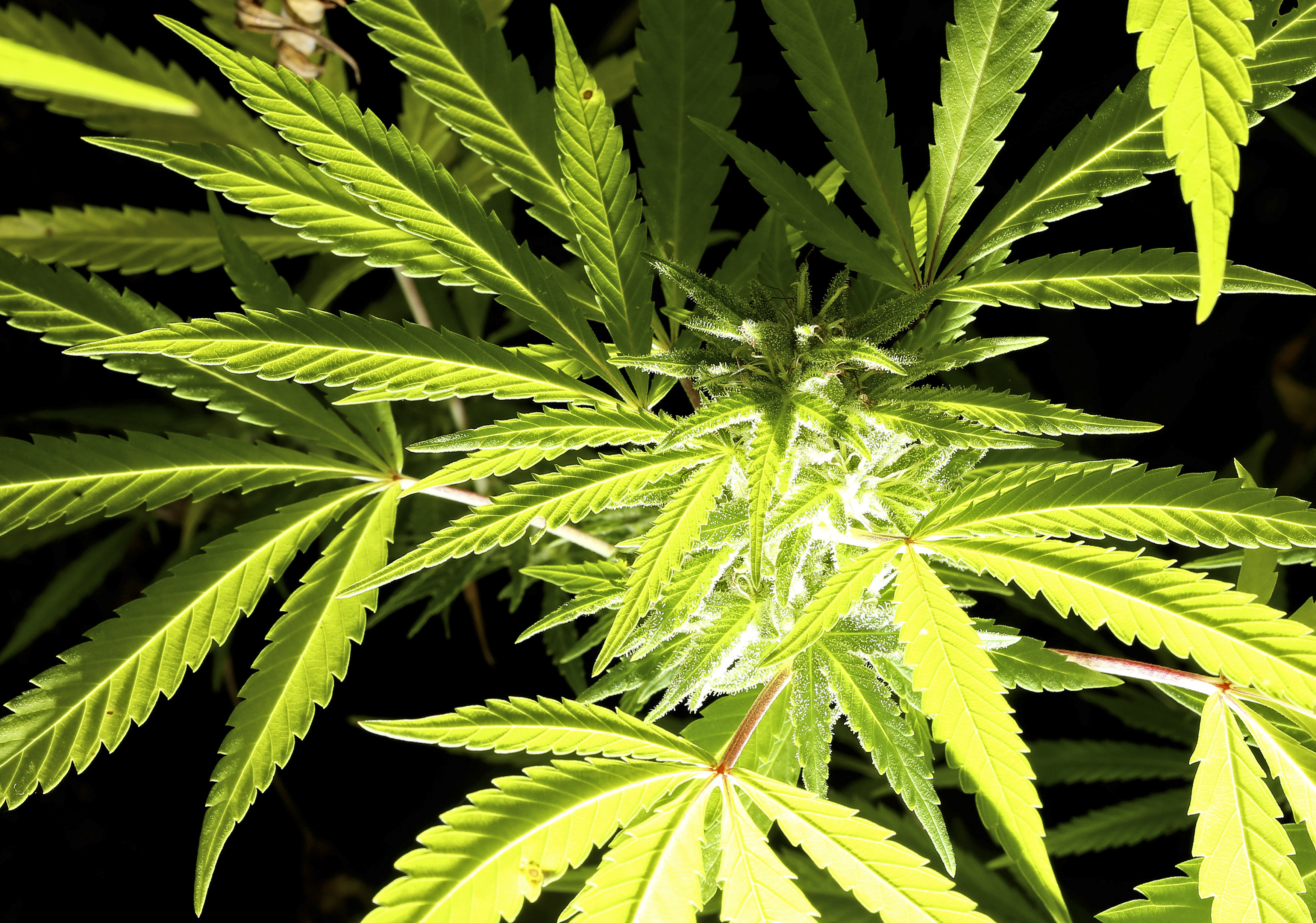 Droplets of oil form on the surface of a Cannabis plant in a state-owned agricultural farm in Rovigo, about 60 km (40 miles) from Venice, September 22, 2014. REUTERS/Alessandro Bianchi

Tom McCain is an advocate of the bill and executive director of Peachtree NORML, the Georgia chapter of the National Organization for the Reform of Marijuana Laws. He had been waiting for Kemp to say whether he would support HB 324.

“I think that is wonderful,” McCain said referring to Kemp’s comments, adding that he was “surprised.”

McCain said Kemp’s openness means that the bill has a greater chance of advancing out of the Regulated Industries and Utilities committee in the state Senate. The committee’s membership includes a “who’s who of the governor’s leadership,” McCain told TheDCNF. Its chairman, Republican state Sen. Bill Cowsert, is Kemp’s brother-in-law.

“I was a little concerned that unless [Kemp] made some kind of statement that he was looking toward being favorable toward it, it wouldn’t get through the senate committee, but this is great news,” McCain told TheDCNF.

McCain, a 68-year-old former law enforcement officer, calls himself “illegally healed.” He was taking hydrocodone three times a day to deal with the toll his days on the force had taken. Returning to using marijuana like he did in his youth let him stop taking opiates and sleeping pills and get ride of their side effects, he told TheDCNF.

Kemp had left open the possibility that he would be receptive to medical marijuana reform in January.

The Georgia Senate is not expected to vote on the measure for a few weeks.