The Supreme Court seemed poised Wednesday to side with a black death row inmate who believes the prosecution rigged the jury for his murder trial on the basis of race.

The question before the justices asks whether a judge can consider past practices and misconduct when deciding if a prosecutor is removing prospective jurors on the basis of race.

Novelist Harper Lee may as well have written the story of Curtis Flowers, the defendant in Wednesday’s case. Flowers is a black man who has been tried six times in a Mississippi court in connection with a quadruple homicide by the same white prosecutor, Doug Evans. Two of those cases resulted in a mistrial due to deadlocked juries. Flowers was found guilty in the other three, but appeals courts lifted those convictions because of misconduct on Evans’s part.

The sixth and most recent trial, which ended with a conviction, is the matter currently before the high court.

When seating a jury for trials, both the prosecution and the defense can use so-called peremptory strikes to exclude a prospective juror for almost any reason at all. The Supreme Court said peremptory strikes could not be used on account of race in a 1986 decision called Batson v. Kentucky. The decision followed the long, unfortunate history of prosecutors seating all-white juries in cases with black defendants.

It is often difficult to prove a Batson violation, however — though lawyers can bring a “Batson challenge” if they believe the other side is striking jurors for racial reasons, the other side will prevail if they can give a valid, race-neutral reason for excluding the jurors at issue.

In Flowers’s sixth trial, Evans used his strikes to boot five of the six potential black jurors. One of the six was seated, and Evans cited legitimate reasons for excluding the other five.

Yet Flowers argues there is still racial chicanery afoot. Among other things, Flowers points out that Evans used strikes to dismiss 41 of the 42 black people eligible for jury service over the course of the trials. Flowers says that history is highly salient to showing racial bias in his most recent trial.

The Supreme Court seemed largely united in its sympathy for Flowers and in the feeling that Evans’s prior conduct was relevant.

“We can’t take the history out of the case,” Justice Brett Kavanaugh said.

Kavanaugh elsewhere said that Batson meant to bolster confidence in the integrity of juries and suggested the community’s trust was broken by the Flowers saga.

“Can you say, as you sit here today, you have confidence in how this all transpired in this case?” he asked a lawyer for the state of Mississippi. (RELATED: Supreme Court Deals Trump An Immigration Victory)

Prosecutors sometimes conduct brief investigations of potential jurors to discover possible conflicts of interest or other facts relevant to a person’s ability to serve on the panel. Justice Elena Kagan noted that Evans pursued three such investigations in the Flowers case. All three subjects were black. 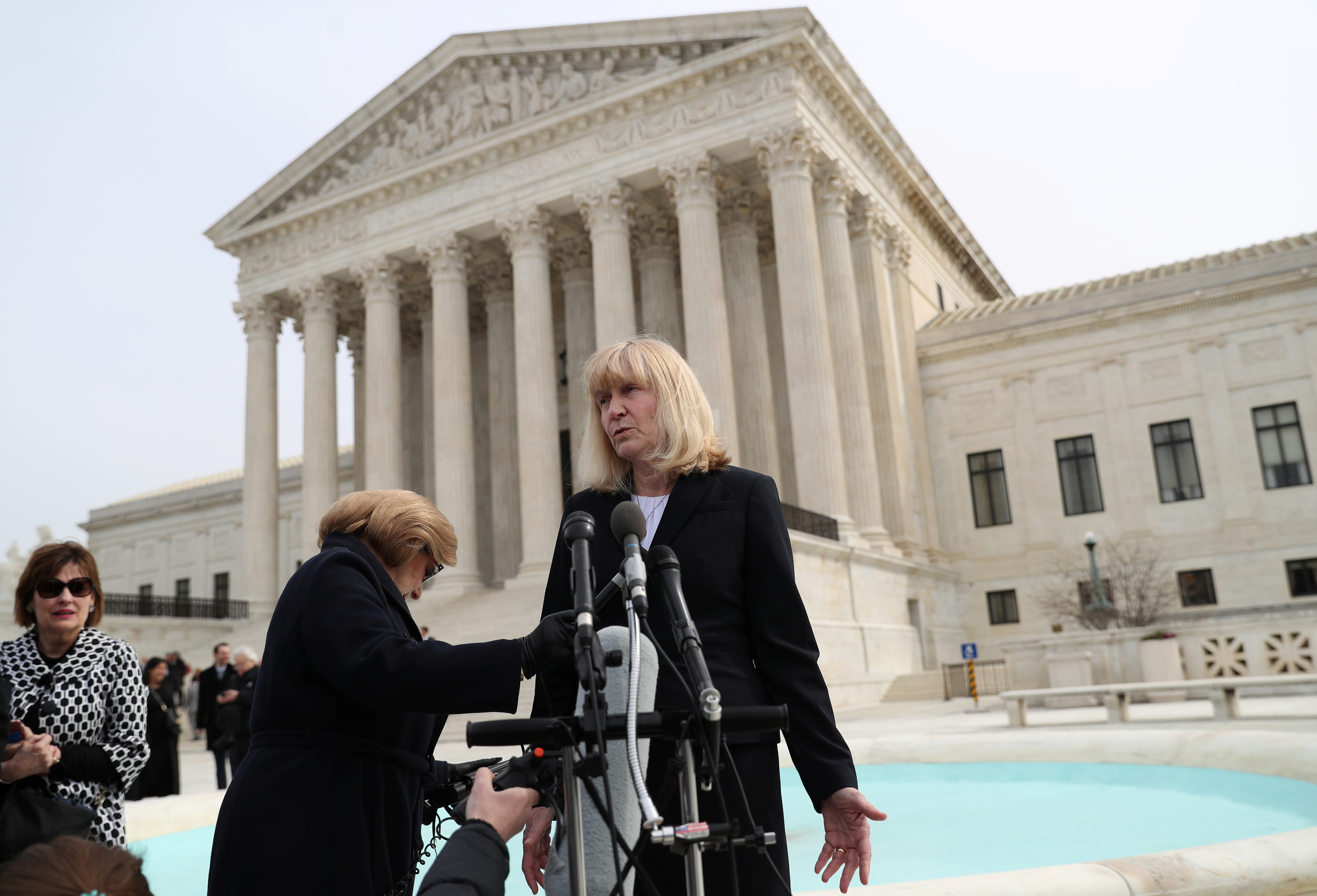 Sheri Lynn Johnson of the Cornell University Death Penalty Project, who represents Curtis Flowers, speaks to the news media outside of the Supreme Court on March 20, 2019. REUTERS/Leah Millis

Other justices asked at length about the particulars of specific jurors, aiming to show that Evans repeatedly seated white jurors with conflicts of interest much like those for which black people were excluded.

Yet several of the justices wondered how much judges should rely on past wrongdoing should bear in a Batson challenge.

“If the prosecutor had one Batson violation in his 30-year career, 20 years ago, is that something that should be pertinent in the assessment of current Batson challenges?” Chief Justice John Roberts asked Sheri Lynn Johnson, who represented Flowers at the high court.

Justice Clarence Thomas stunned observers with a question late in the proceedings. Thomas has asked questions during oral arguments just twice in the last decade, given his belief that the court should ask fewer questions of the advocates.

Thomas wondered if the defense had exercised any peremptory strikes of its own. Johnson conceded they had.

“And what was the race of the jurors struck there?” Thomas asked.

“She only exercised peremptories against white jurors,” Johnson replied. “But I would add that her motivation is not the question here. The question is the motivation of Doug Evans.”

A decision in the case, Flowers v. Mississippi, is expected by June.