Secret Service agents arrested a woman with two Chinese passports after she reportedly lied to agents and gained access to Mar-a-Lago with malicious software.

Yujing Zhang, 32, arrived at a Secret Service checkpoint Saturday afternoon outside of the president’s club in Palm Beach, Florida, while President Donald Trump was present.

She told agents she was a member of the club and coming to use the pool, The Associated Press reported. Zhang reportedly successfully gained entry to the club after showing the passports to an agent, according to court documents.

The manager of the club reportedly thought Zhang was the daughter of a member of the club and granted her entry. Secret Service reportedly asked her if she was related to the family the manager was speaking of, but that they could not understand her English.

When she entered, Zhang told Secret Service she was there for a United Nations Chinese American Association event that did not exist. After she showed agents an invitation written in Chinese, agents told her she had to leave, because the event she was speaking of was not taking place. (RELATED: Man Arrested For Sending White Powder To Trump Jr.’s Apartment)

After she began to argue, agents took her into a room for questioning, where agents realized she could speak English. Later, four cellphones, a laptop, an external hard drive and a thumb drive with computer malware were discovered. 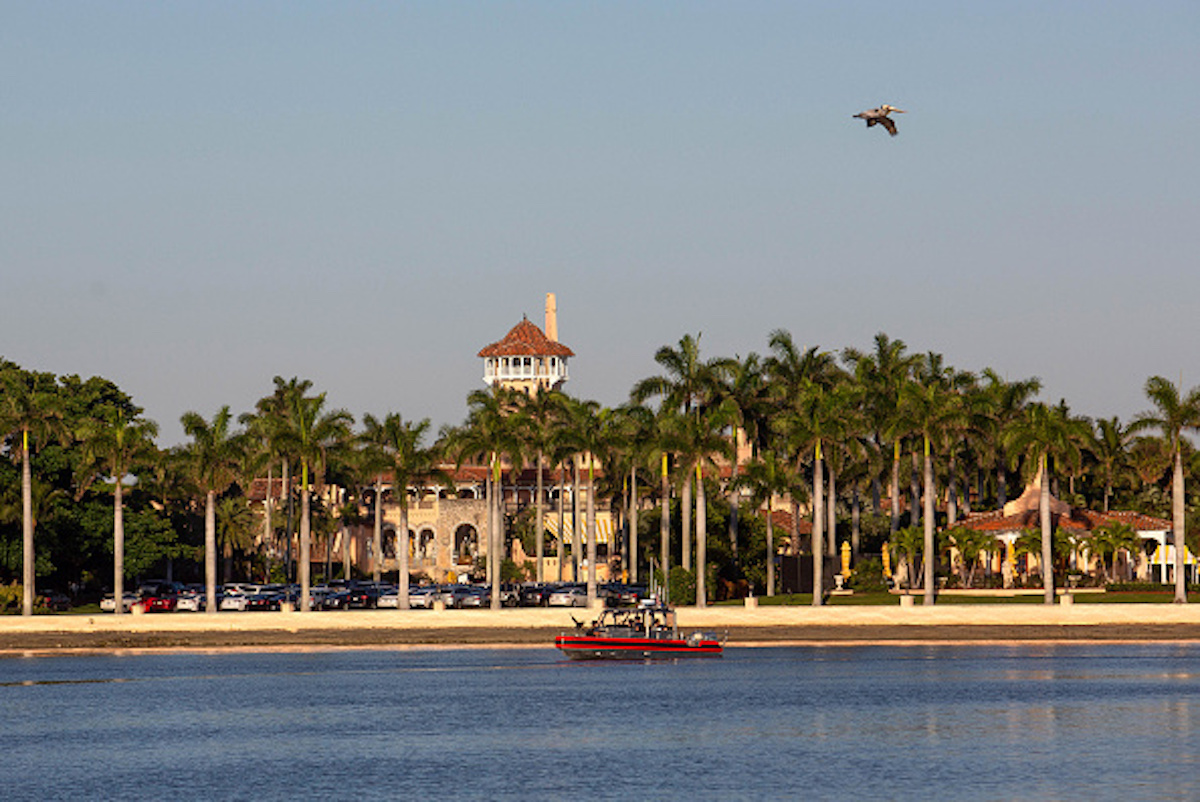 The Mar-a-Lago estate is seen where President Donald Trump is hosting a meeting with Caribbean leaders on March 22, 2019 in West Palm Beach, Florida. (Photo by Saul Martinez/Getty Images)