Brian Rini, an ex-convict, could get up to eight years in prison after being charged with making false statements to federal authorities, reported The Associated Press.

Rini was treated at a center for people with mental health or substance abuse problems in Ohio in 2017, according to court papers. His DNA was already filed away because he had a criminal record — Rini had been in prison for a year for burglary and vandalism. The FBI concluded Rini’s DNA was not a match for Pitzen. (RELATED: FBI Reports No DNA Match After Man Claims Identity Of Boy Who Disappeared In 2011)

“It’s not OK to do it because of the harm that it causes, the pain, for the family of that missing child,” U.S. Attorney Benjamin Glassman said of Rini’s claim that brought back pain and suffering for Pitzen’s family, according to the AP. 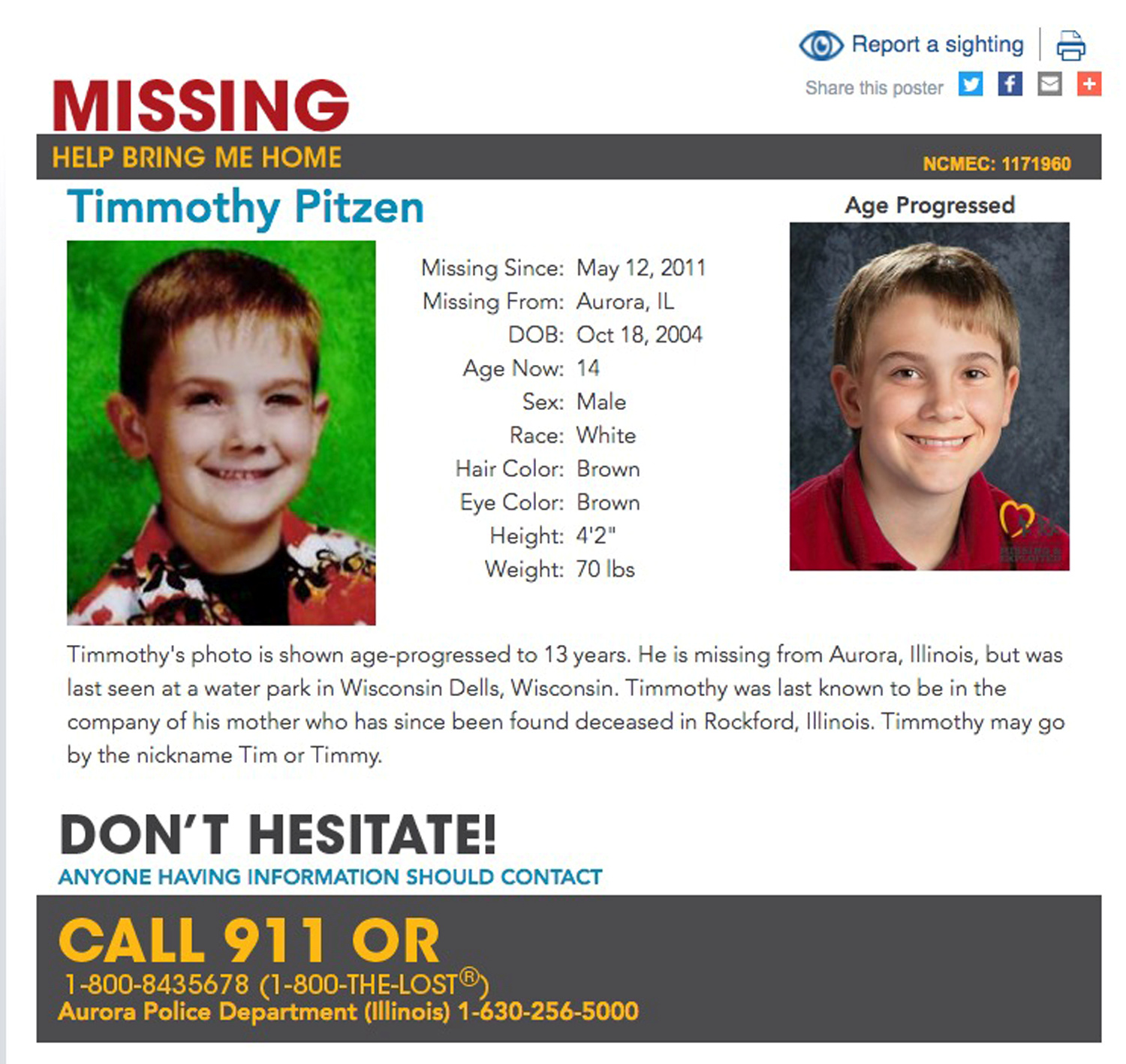 Timmothy Pitzen, missing since May 12, 2011, is shown in both an undated photo and a rendition of what he may look like at age 13 on a poster obtained by Reuters April 4, 2019. National Center for Missing & Exploited Children/Handout via REUTERS

Rini was jailed in Cincinnati Thursday, the news agency reported.

Pitzen was last seen at a water park in Wisconsin, according to the National Center for Missing and Exploited Children. His mother, Amy Fry-Pitzen, was seen in 2011 taking her 6-year-old son out of his elementary school in Aurora, Illinois, to the water park. Soon after, her body was found in a motel room with an alleged suicide note that said Pitzen was in loving hands.

He would be 14 years old if he were found today.