“The president has to have some stability and particularly with the number one issue that he’s made for his campaign, throughout his two and a half years of presidency,” Grassley said Monday during an interview with The Washington Post. “He’s pulling the rug out from the very people that are trying to help him accomplish his goal.”

The senior senator from Iowa said he was “very, very concerned” about reports that Lee Francis Cissna, the director of U.S. Citizenship and Immigration Services (USCIS), was next on the chopping block. There is also speculation that John Mitnick, DHS’s general counsel, may also be axed.

“One, those are good public servants,” he said of the immigration officials. “Secondly, besides the personal connection I have with them and the qualifications they have, they are the intellectual basis for what the president wants to accomplish in immigration.” 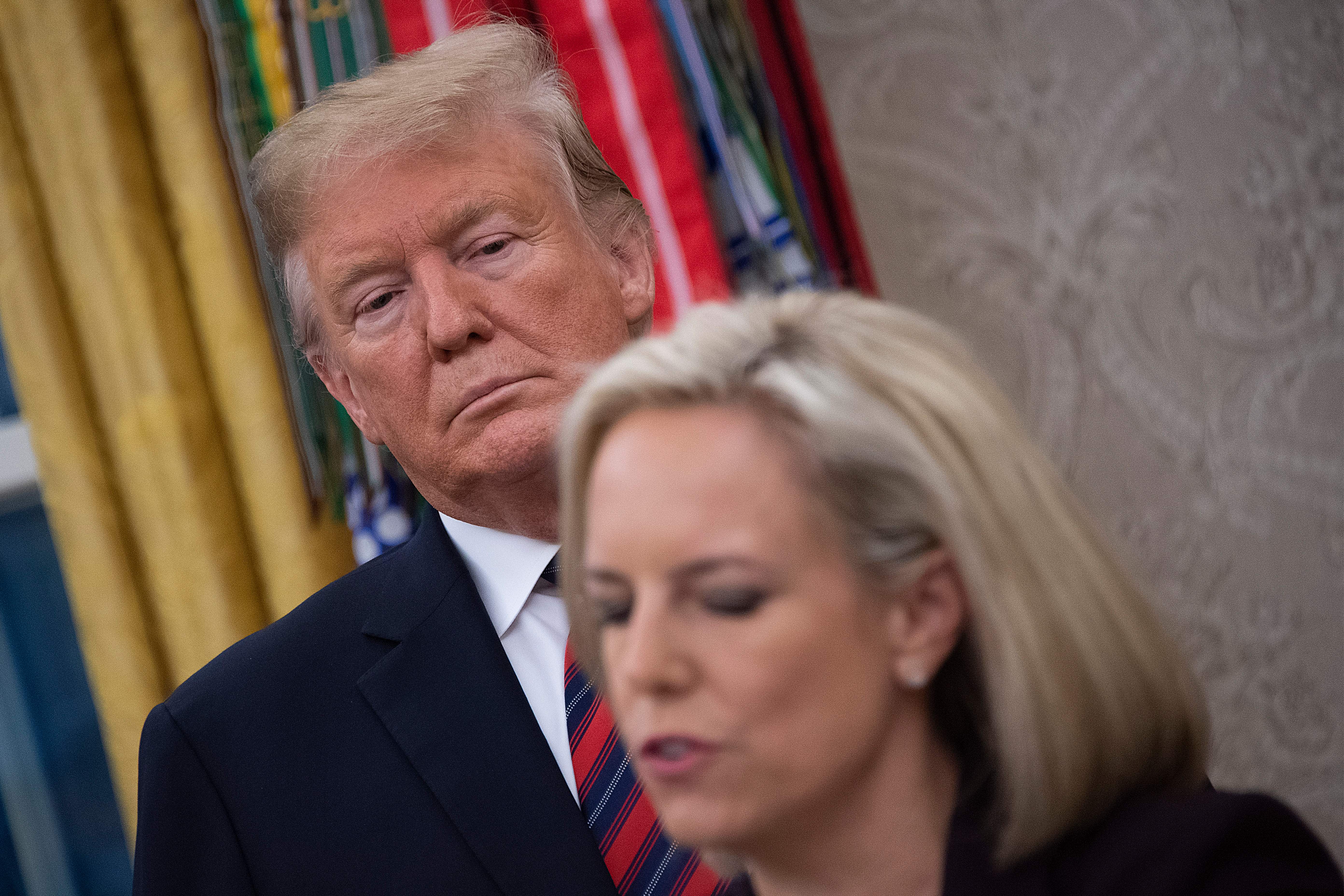 U.S. President Donald Trump (L) and US Secretary of Homeland Security Kirstjen Nielsen (R) participate in a Naturalization Ceremony in the Oval Office of the White House in Washington, D.C., on Jan. 19, 2019. (Photo: JIM WATSON/AFP/Getty Images)

Grassley also leveled major criticism against Stephen Miller, a senior adviser to Trump and one of the most influential White House aides regarding immigration policy. Miller, according to the senator, has not accomplished “anything” for the president. (RELATED: Who Is Kevin McAleenan, The Upcoming Leader Of Homeland Security?)