Indian authorities charged Bishop Franco Mulakkal on Tuesday with repeatedly raping a nun at her convent in the state of Kerala.

The nun, a member of the Missionaries of Jesus who has not been publicly identified, claimed that she reported Mulakkal to the police in 2018 for repeatedly raping her between 2014 and 2016 after her multiple requests to church authorities to intervene went unanswered. Police initially arrested Mulakkal after nuns who supported his accuser staged massive protests demanding his arrest. They released him after a week but continued their investigation. (RELATED: Pope Francis Acknowledges Priests And Bishops Sexually Abused Nuns)

Hari Sankar, a Kerala district police chief, said authorities charged Mulakkal on Tuesday with illegal confinement, intimidation, and rape, according to The Associated Press. Mulakkal has repeatedly denied what he calls the “baseless and concocted” allegations of rape. The case, however, helped bring the issue of clerical abuse against nuns into the international spotlight.

The International Union of Superiors General, a worldwide organization of Catholic nuns, publicly denounced in November 2018 what they saw as a culture of silence within the church that covered up allegations of abuse against nuns in order to protect the church. Lucetta Scaraffia, founder of the Vatican women’s magazine “Women Church World,” published an article in February following the international outcry over the Indian nun’s plight in which she also denounced the culture of silence concerning the abuse of nuns.

Scaraffia and the editorial board of the magazine have since resigned over what they say was an attempted smear campaign by Vatican officials to discredit them in the wake of their article about nun abuse. 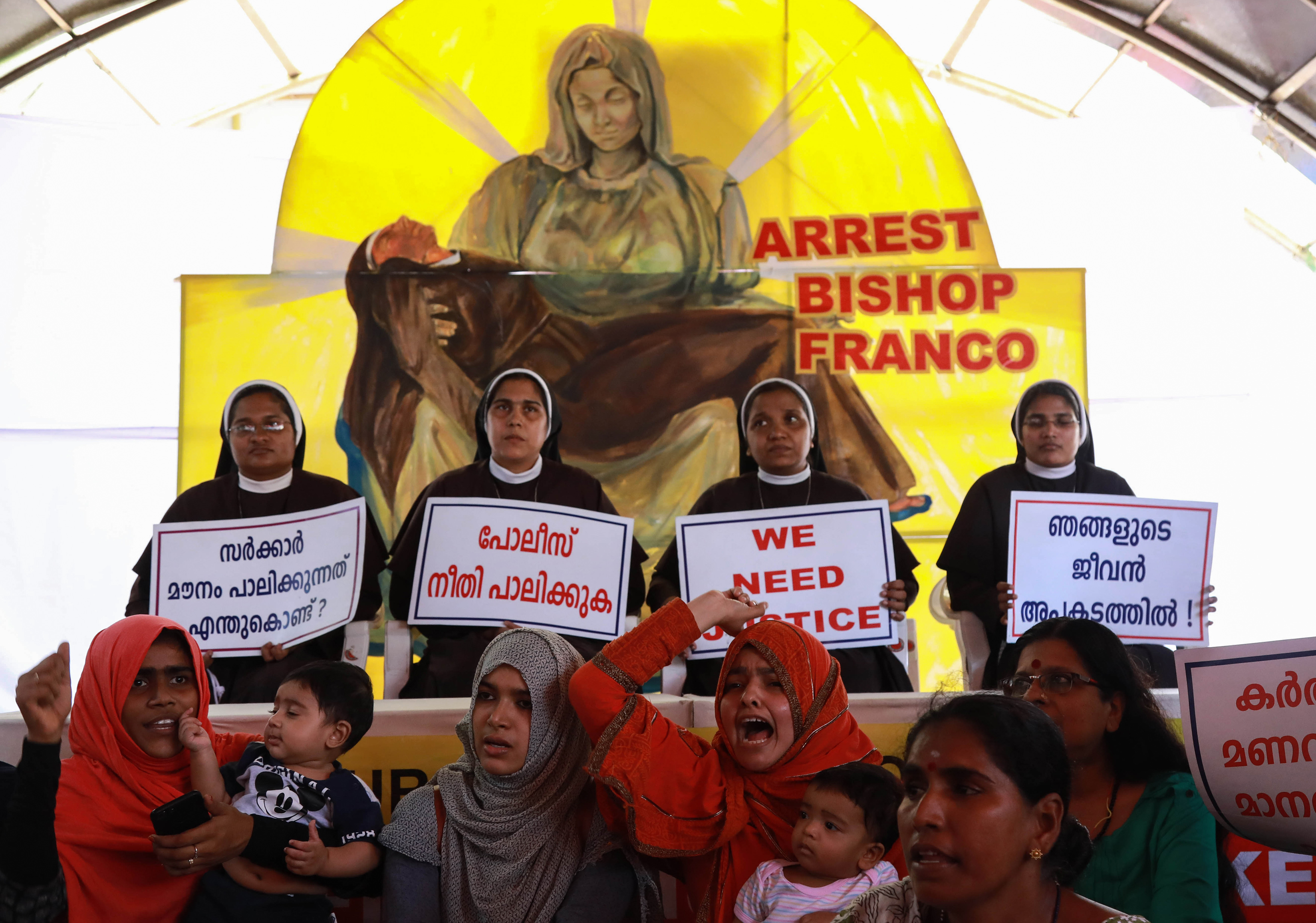 Indian Christian nuns and Muslim supporters protest as they demand the arrest of Bishop Franco Mulakkal, who is accused of raping a nun, outside the High Court in Kochi in the southern Indian state of Kerala on September 13, 2018 (/AFP/Getty Images)

Pope Francis, however, acknowledged the issue of the abuse of nuns publicly for the first time in February, following the publishing of Scaraffia’s article.

“Should we do something more? Yes. Is there the will? Yes. But it’s a path that we have already begun,” Francis told reporters, according to AP.