President Donald Trump is just like all other parents and only had positive things to say about all of his kids, making it clear he’s proud of all five of them. 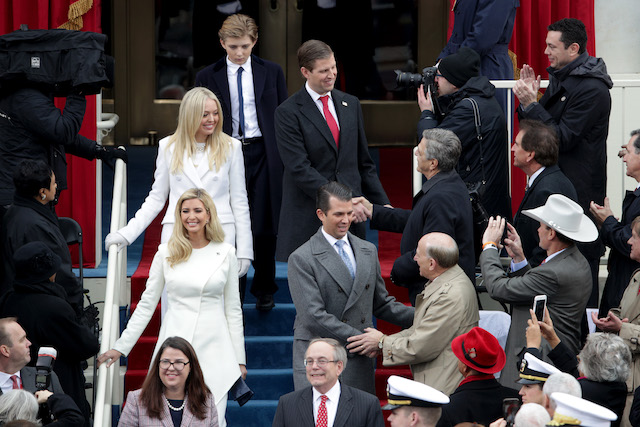 “Don [Trump Jr.] is, uh, he’s enjoying politics; actually, it’s very good,” he added. “And Eric [Trump] is running the business along with Don and also very much into politics. I mean, the children — the children have been very, very good.” (RELATED: Ivanka Turns Heads In Yellow And Black Floral Dress During Munich Trip)

But when it comes to Ivanka Trump, the president said he thinks she’s a “natural diplomat” and if she were to run for president “she’d be very, very, hard to beat.” (RELATED: Ivanka Turns Heads In Gorgeous Yellow Plaid Skirt Suit)

“If she [Ivanka Trump] ever wanted to run for president, I think she’d be very, very hard to beat,” Trump shared.

“She went into the whole helping-people-with-jobs, and I wasn’t sure that was going to be the best use of her time, but I didn’t know how successful she’d be,” he added. “She’s created millions of jobs, and I had no idea she’d be that successful.”

“She’s got a great calmness … I’ve seen her under tremendous stress and pressure,” the president explained. “She reacts very well — that’s usually a genetic thing, but it’s one of those things, nevertheless. She’s got a tremendous presence when she walks into the room.”