Prison officials at the Texas State Penitentiary at Huntsville pronounced King, 44, dead at 8:08 p.m. Eastern time, about 40 minutes after the justices denied his petition.

Byrd’s brutal murder in a small east Texas town shocked the nation and later prompted passage of a new federal hate crimes statute that was named in his honor. King and two other men lured Byrd into their car under false pretenses and drove to a remote field where they beat him savagely. Then they chained him to a pickup truck and dragged him approximately three miles.

An autopsy indicated that 49-year-old Byrd was alive and conscious for about half of the dragging. He died after his body struck a culvert, severing his head and right arm. (RELATED: Divided Supreme Court Poised To Allow Citizenship Question On 2020 Census) 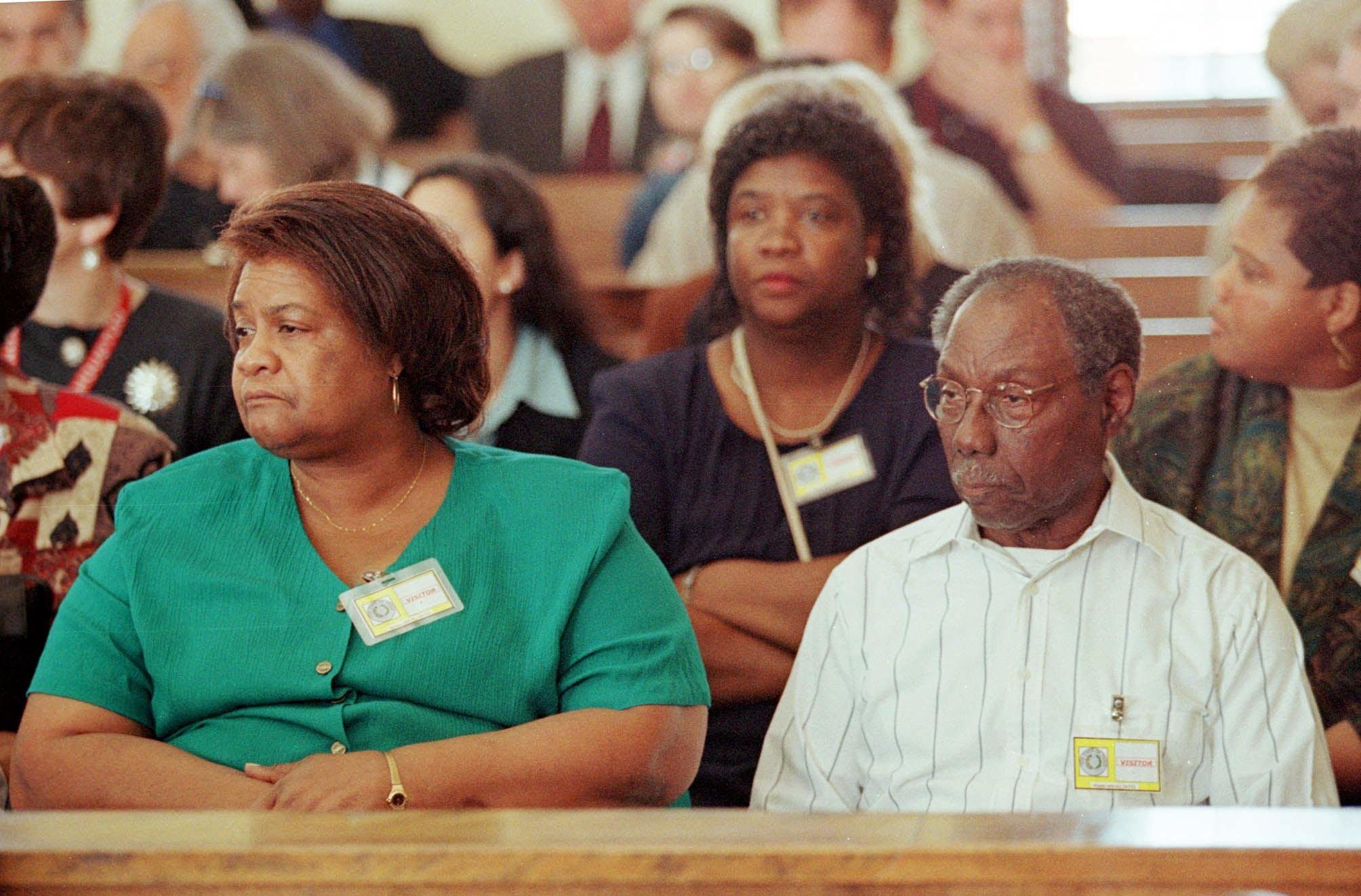 James Byrd Sr. (R) sits in the front row of the Jasper County Courthouse for day one of the capital murder trial of Bill King in Jasper, Texas, Feb. 16, 1999. (Adrees Latif/AFP/Getty Images)

At the Supreme Court, King sought relief from execution under a 2018 case called McCoy v. Louisiana. The McCoy case involved a Louisiana defendant whose attorney conceded, against his wishes, that he was guilty of the crime with which he was charged. In a 6-3 decision from Justice Ruth Bader Ginsburg, the court held that the Sixth Amendment “guarantees a defendant the right to choose the objective of his defense.”

Though King is an avowed white supremacist, he has maintained his innocence in Byrd’s slaying. At trial, King’s attorneys conceded he was present for the murder but argued his connection to the crime did not rise to the level of capital murder, the Texas equivalent of first-degree murder.

“This Court held in McCoy that a defendant has a Sixth Amendment right to insist that his counsel maintain his innocence at trial, and that counsel’s concession of guilt over the defendant’s objections amounts to a constitutional violation,” Byrd’s application to the high court reads. “This is precisely the violation that occurred in Mr. King’s case — his Sixth Amendment rights were infringed when his attorneys conceded his guilt over his express wishes.”

“Because a McCoy violation amounts to structural error, a new trial is required in Mr. King’s case,” it says.