The National Rifle Association filed suit Wednesday against the city of Los Angeles to stop a requirement that contractors disclose ties to the organization as a qualification for work, according to court documents obtained by Bloomberg Law.

The new law, which passed by a unanimous city council vote in February and took effect April 1, requires city vendors to disclose all ties with the National Rifle Association (NRA), according to a report by National Public Radio (NPR). Contractors who don’t comply may have city work terminated.

The NRA is alleging that the city law violates their 14th Amendment right to equal protection, and their First Amendment right to free speech and association. The lawsuit claims the new ordinance is discriminating against businesses with ties to the NRA because the city disagrees with the group’s message.

“The ordinance has nothing to do with awarding contracts to the best candidates, fiduciary stewardship of public resources, or providing equal and open opportunities,” the federal complaint said. 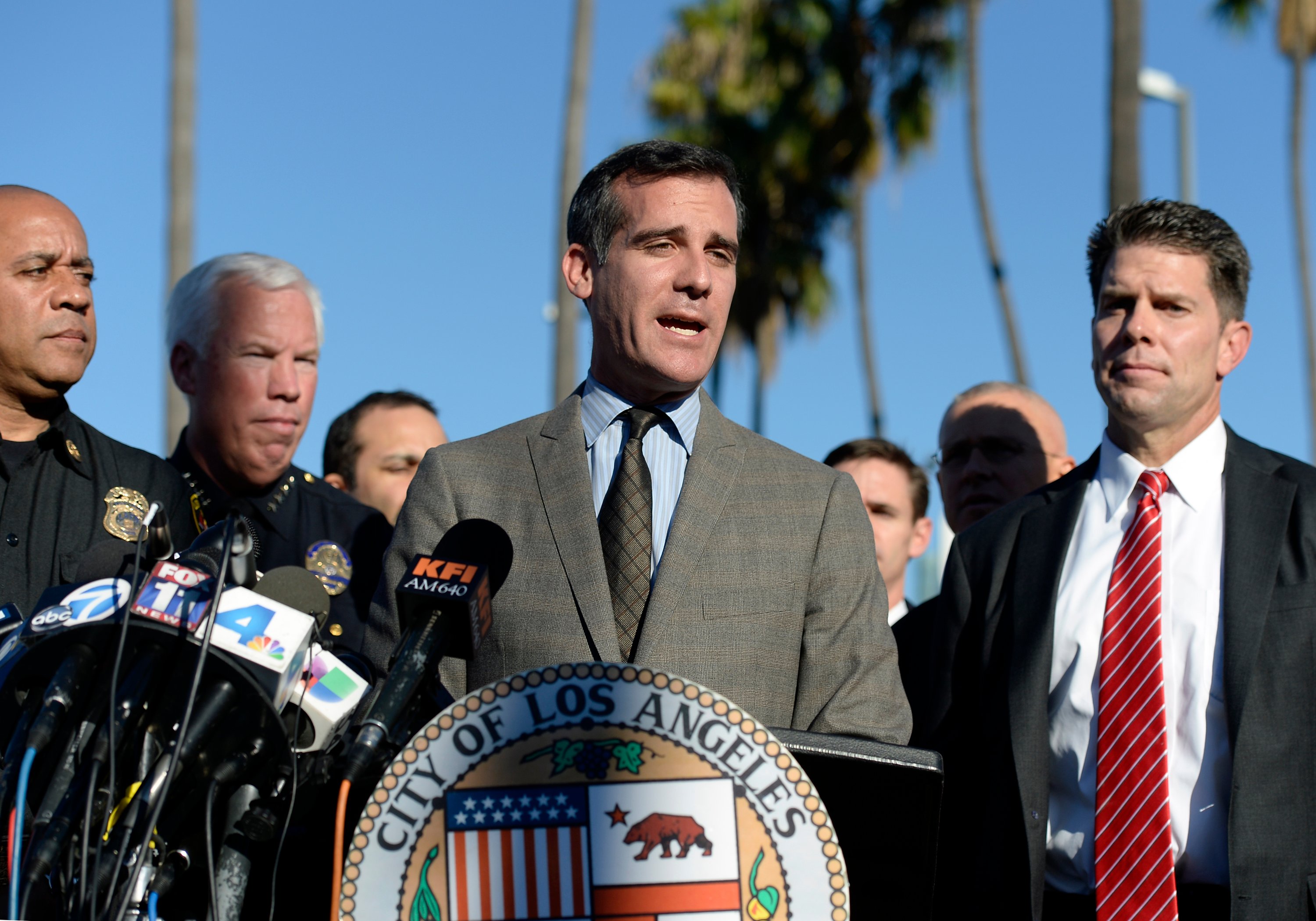 Chuck Michael, the NRA’s lead attorney in the case, said that the ordinance was created to pressure groups to end ties with the gun-rights group, calling it “modern day McCarthyism.”

“Politicians are free to disagree with the NRA’s pro-freedom, firearm safety, and self-reliance message, but they aren’t free to censor it—as this would do when NRA supporters drop their NRA affiliations for fear of losing work from the City because they get put on this blacklist,” Michael said in an email statement to Bloomberg Law. (RELATED: ACLU Defends The NRA Against Andrew Cuomo’s ‘Blacklisting Campaign’)

Democratic Los Angeles Mayor Eric Garcetti was also named as a defendant in the filing. Garcetti vowed the city would defend itself in a statement to Reuters, “I support this policy, I’m confident in it, and we’re not going to be bullied by the NRA.”

The ordinance was originally introduced to the Los Angeles City Council by member Mitch O’Farrell, who issued a statement supporting the measure, “The NRA’s First Amendment rights remain firmly in place while the City chooses to exercise its own rights to require disclosing who has ties to the NRA, so residents of Los Angeles know how and where their tax dollars are being spent.”