Chelsea Manning formally requested Monday that a court let the former U.S. Army intelligence analyst out of jail as Manning continues refusing to testify in a federal jury investigation.

“I wish to return home. I want to return to my work — writing, speaking, consulting, and teaching,” Manning said in a statement. “The idea I hold the keys to my own cell is an absurd one, as I face the prospect of suffering either way due to this unnecessary and punitive subpoena: I can either go to jail or betray my principles. The latter exists as a much worse prison than the government can construct.”

Manning was put in jail on March 8 for refusing to testify about leaking sensitive documents to WikiLeaks in 2010. Federal judges denied Manning’s appeal to overturn an order holding the former soldier in contempt for the refusal on April 22, reported Reuters. (RELATED: Do The Deadly 737 MAX Crashes Point To A Tech Problem That Could Affect Multiple Industries?)

Manning’s attorneys call the detention punitive, reported CNN. They filed the release documents in the Eastern District of Virginia court, as Manning is being held in Alexandria, Virginia. 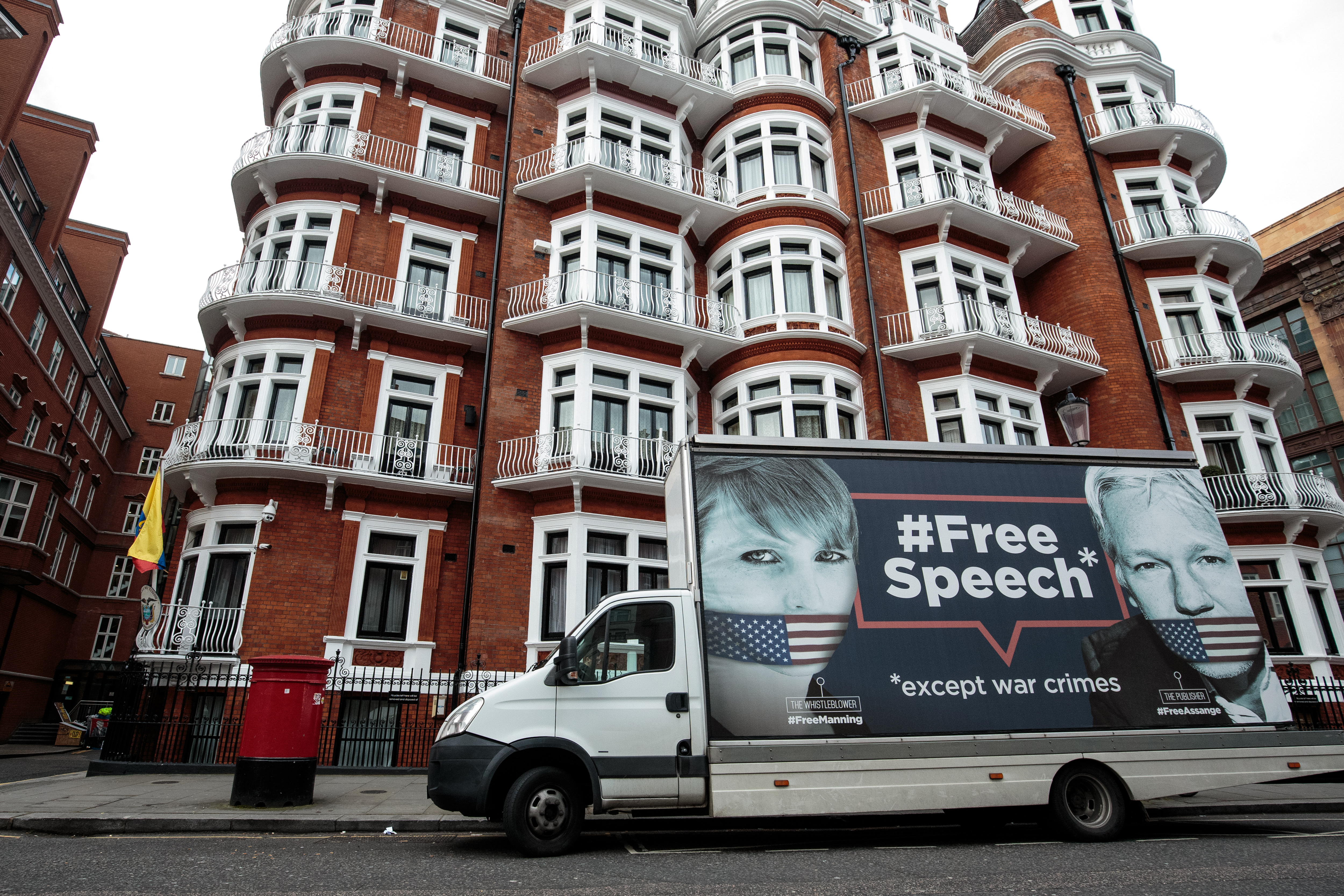 A van with a billboard in support of American whistleblower Chelsea Manning and WikiLeaks founder Julian Assange is parked outside the Ecuadorian Embassy in South Kensington on April 5, 2019 in London, England. (Photo by Jack Taylor/Getty Images)

“I acted alone” in the 2010 leaks, Manning asserted in Monday’s affidavit. That claim comes as WikiLeaks co-founder Julian Assange faces extradition to the U.S. on a number of computer hacking charges, most notably related to the information provided by Manning. The U.S. government charged Assange with conspiracy to commit computer hacking on a classified computer related to the Manning leaks.

Manning, formerly known as “Bradley,” was imprisoned from 2010 to 2017 for leaking more than 700,000 sensitive documents to Assange’s organization, a violation of the Espionage Act.