Wrestling legend Ric Flair reportedly had to be rushed to the hospital Thursday for what’s being called a “very serious” medical emergency.

Sources told TMZ, the 70-year-old former WWE star was in the Atlanta area when something happened. He was reportedly taken to the emergency room for unknown reasons. (RELATED: Charles Barkley Doesn’t Remember One Of His Games Because He Was So Drunk) 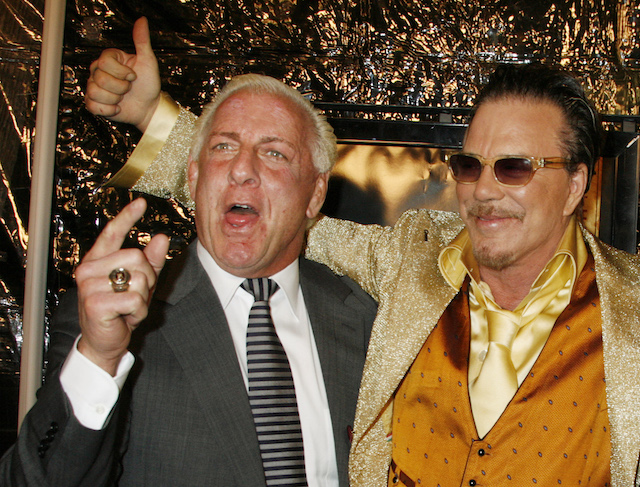 Attempts by the outlet to get a comment from Flair’s rep has so far turned up nothing. (RELATED: Dennis Rodman Arrives In Singapore Ahead Of Trump-Kim Summit [PHOTOS])

In 2017, the wrestling icon had to be hospitalized and put in a medically induced coma for 11 days when he suffered a ruptured intestine, which reportedly stemmed from his longtime struggle with alcohol, per the New York Post.

He was in critical condition and his situation was reportedly life-threatening.

However, the “Nature Boy” managed to get better and finally tied the knot last September when he married longtime girlfriend Wendy Barlow. It was his fifth time down the aisle.

It was quite the star-studded event with such wrestling stars as The Undertaker and former world champion Dolph Ziggler in attendance, along with former NBA star Dennis Rodman.

In February, Flair celebrated his 70th birthday. Celebrities like Charles Barkley, Todd Gurley and Rodman were there for the big party.

His wife has since shared that the wrestling icon is expected to make a “full recovery.”

“Due to ongoing health complications, Ric was taken to the hospital and is expected to undergo a procedure tomorrow morning, after which he expects to fully recover,” Barlow shared in a statement.

Update: This story has since been updated to reflect Barlow’s statement.