A trio of Muslim lawmakers hosted the meal that ends their daily Ramadan fast inside of the Capitol building on Monday, celebrating the Muslim holy month of Ramadan.

Democratic Reps. Rashida Tlaib of Michigan, Ilhan Omar of Minnesota and André Carson of Indiana hosted an iftar for the first time ever at the U.S. Capitol and numerous Democratic lawmakers were in attendance.

“[This event] was a reminder that we are a nation founded on religious liberty, where people seeking opportunity and a better life can find it, regardless of their faith,” Omar said in a statement. “It demonstrated that Muslim-Americans are a vital part of the American fabric, worthy of representation at our highest levels of government.”

“It’s important to take a moment to recognize how historic this iftar is,” Tlaib continued. “My existence, along with the other dynamic Muslim members of Congress go beyond the lines of our districts, our presence challenges the narrative of who’s at the table and who deserves to have a voice in our government. This event lifts an entire community that has felt unseen for far too long.”

Tlaib and Omar became America’s first Muslim congresswomen when sworn into office in January. Their time in office has been embroiled in allegations of anti-Semitism and anti-American sentiments. (RELATED: Rashida Tlaib Uses Historical Inaccuracy To Explain Why ‘The Tragedy Of The Holocaust’ Gives Her ‘A Calming Feeling’)

Both the Minnesota and Michigan congresswomen deny they are anti-Semitic. However, they promote the Boycott, Divestment and Sanctions (BDS) movement, which seeks to punish Israel by economically depriving the country for its alleged mistreatment of Palestinians. The Anti-Defamation League describes BDS as “the most prominent effort to undermine Israel’s existence.” 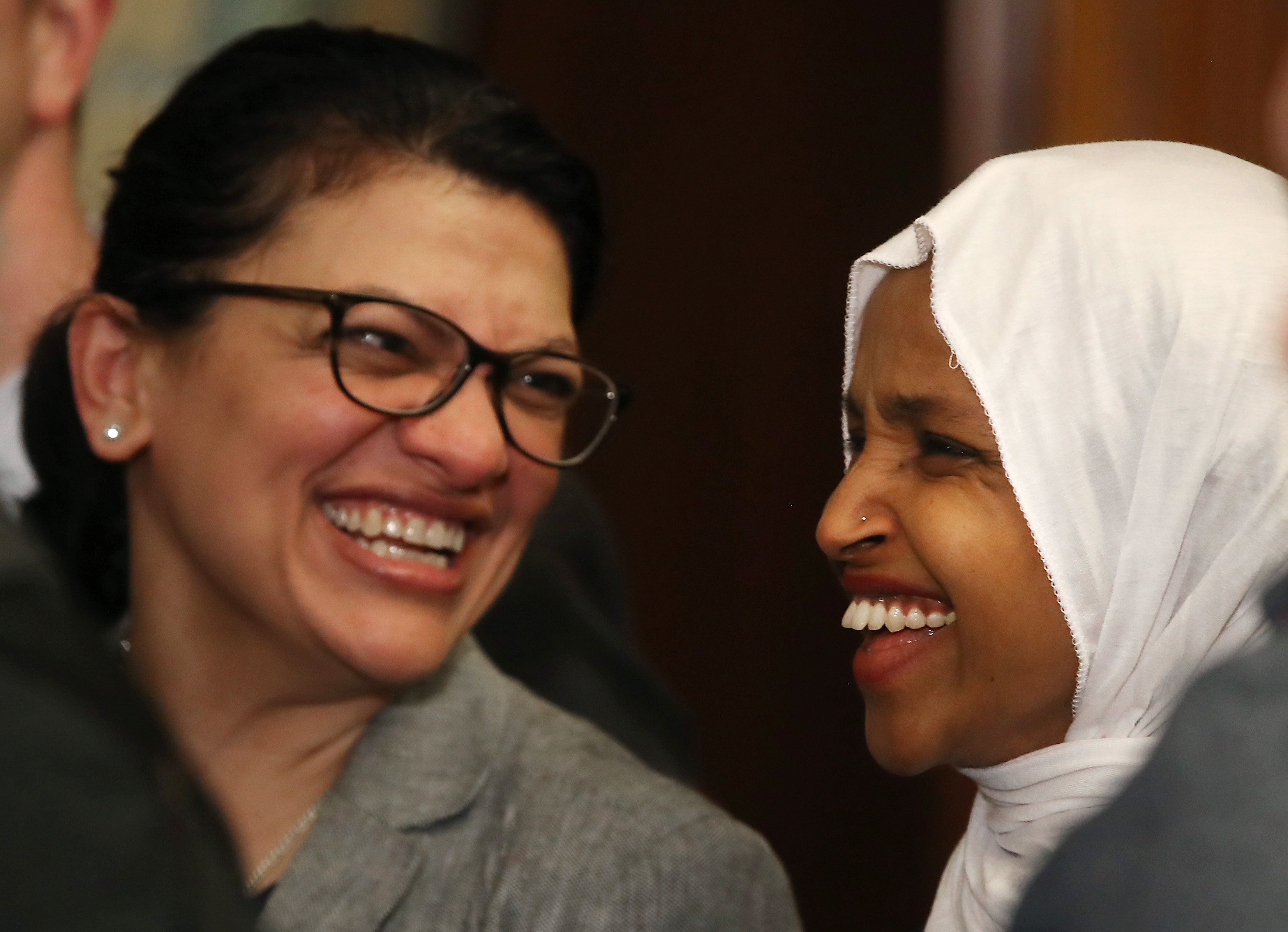 Carson was the second Muslim to be elected to the U.S. Congress following his 2008 race. He is a supporter of Nation of Islam leader and notorious anti-Semite Louis Farrakhan and has met with him multiple times while holding congressional office.

President Donald Trump also held an iftar dinner at the White House for ambassadors and members of the diplomatic corps representing countries with significant Muslim populations.

1
'We Should Never Let Someone Like That Run This Country': Tucker Carlson Says Dr. Fauci's Advice Could Lead To 'National Suicide'
Media
2
Chinese Markets Reopen — And They Still Sell Bats, Dogs And Cats
World
3
John Durham Forges Ahead With Investigation Of Trump-Russia Probe Origins Despite Coronavirus Pandemic
Politics
4
Palm Beach Sheriff Launches Investigation Into Epstein 'Work Release' Deal
US
5
Demi Lovato Opens Up About Last Year, Admits She's 'Been Through A Lot' In First Interview Since Apparent Overdose
Entertainment