United Kingdom Prime Minister Theresa May said she would resign from her position Friday after nearly two years of taking Great Britain on a bungled path toward Brexit.

May said she would continue in her role until a new prime minister was selected, though she will step down as the Conservative Party leader on June 7. The new prime minister won’t be selected by general election but by members of May’s party, according to Reuters.

“I believe I was right to persevere, even when the odds against success seemed high,” she said in her announcement. “But it is now clear to me that it is in the best interests of the country for a new prime minister to lead that effort.”

May survived two votes of no confidence — one from her own Conservative members of Parliament (MPs) in December and another from the House of Commons in January. But her time ran out as the U.K. failed to separate itself from the European Union after delaying Brexit twice.

May took the helm July 13, 2016, just weeks after the country voted in a referendum to leave the EU, even though May herself was a “remainer” and wanted the U.K. to stay in the EU.

Many supporters of the “leave” campaign wanted increased national sovereignty, including more control over immigration into the country. One major player in the “leave” campaign in 2016 was Andrea Leadsom, who was leader of the House of Commons in May’s government until her resignation Wednesday. 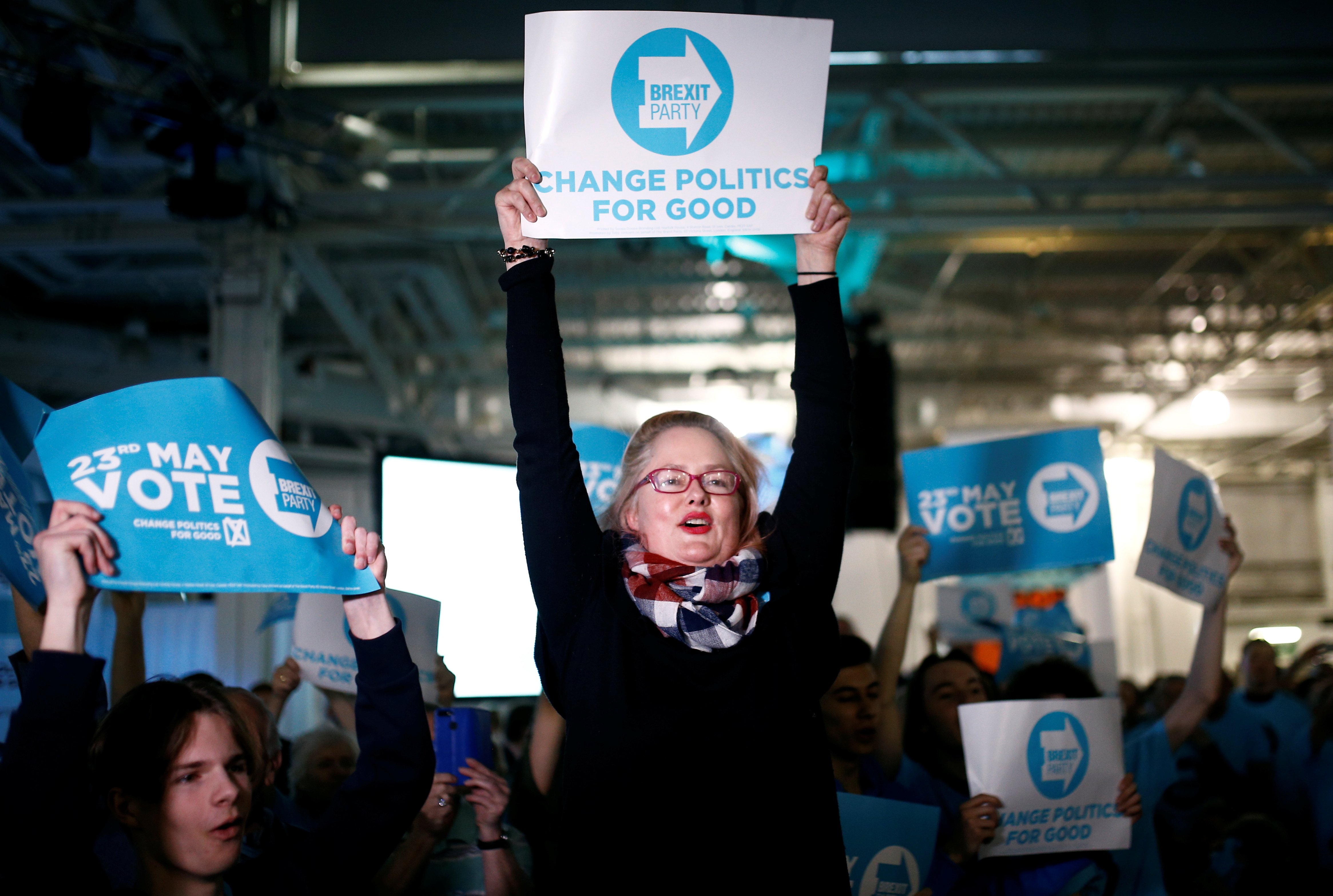 A woman holds up a placard at a Brexit Party campaign event in London, Britain, May 21, 2019. REUTERS/Henry Nicholls

Leads included in her resignation announcement that she felt she needed to step down because she “fundamentally” opposed May’s latest version of a Brexit deal.

Leadsom also said she opposed holding a second Brexit referendum, which could have come with members of Parliament voting on May’s repackaged Withdrawal Agreement Bill. May had promised to hold a vote on the bill around June 3, reported The New York Times.

It is with great regret and a heavy heart that I have decided to resign from the Government. pic.twitter.com/f2SOXkaqmH

May had indicated she would step down when members of Parliament voted on the Withdrawal Agreement Bill, reported BBC.

Conservative lawmaker Nigel Evans said May should “make way for fresh leadership without handcuffing her successor to a poisoned baton,” according to The NYT.

May had even reached across the aisle to the Labour Party to find support for a reworked Brexit deal. But they were reluctant to align themselves with a prime minister whose chances of staying around were slim.

“No Labour MP can vote for a deal with the promise of a prime minister who only has days left in her job,” Labour leader Jeremy Corbyn said according to BBC.

The field of replacements for May could be wide. Former Foreign Secretary Boris Johnson, a staunch Brexiteer, said May 17 that he would run for leader of the Conservative Party if May vacated, reported Sky News. May’s former Brexit Secretary Dominic Raab is another favorite to replace her, according to Metro.