Ackerman McQueen, a longtime marketing partner of the National Rifle Association, terminated its relationship with the gun-rights behemoth Tuesday after months of public feuding and litigation.

“Ackerman McQueen decided it is time to stand up for the truth, and formally provide a Notice to Terminate its almost four-decade long relationship with the National Rifle Association,” the agency said in a statement obtained by The Daily Caller News Foundation.

“Given the scrutiny it is facing in multiple lawsuits, it is not surprising that Ackerman now attempts to escape the consequences of its own conduct,” William A. Brewer III, counsel to the NRA, told TheDCNF.

Relations between the two have been contentious over the past few months. On May 22 the NRA filed its second lawsuit against Ackerman, alleging the firm led a conspiracy to stage an “executive coup,” in order to deflect attention away from the NRA’s billing allegations. (RELATED: NRA Sues Ad Agency For Second Time, Claims Firm Orchestrated ‘Executive Coup’) 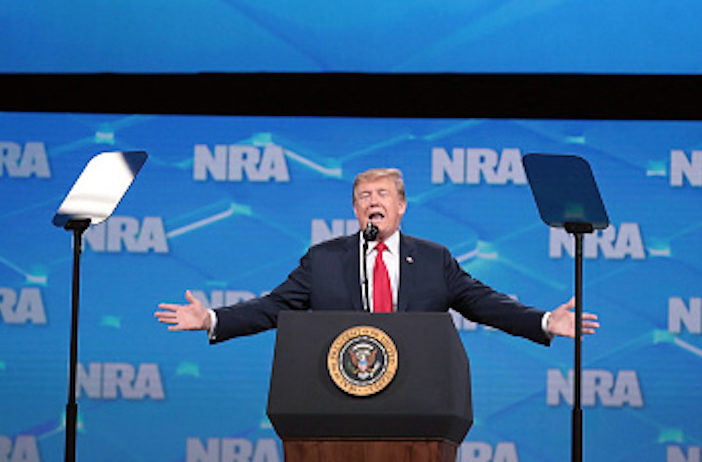 Ackerman countersued for $50 million a few days later, the Daily Beast reported, alleging the firm had fully complied with requests for financial documentation, which was the subject of the first suit the NRA filed Apr. 12 alleging inadequate billing details, according to the Wall Street Journal.

“The NRA believes that when confronted with inquiries about its services and billing records, Ackerman not only failed to cooperate – it sponsored a failed coup attempt to unseat Wayne Lapierre,” Brewer continued.

“The NRA alleges that Ackerman not only attempted to derail an investigation into its conduct, but unleashed a smear campaign against any who dared to hold the agency accountable.”

Rumors of financial mismanagement have plagued the gun rights organization since a detailed New Yorker article on Apr. 17, which described LaPierre’s large expense requirements as well as the group’s considerable legal tab.

A public power struggle between LaPierre and former President Oliver North came to a head during the group’s annual meeting in Indianapolis April 27, with North refusing to run for another term.

“The NRA is eager to return the focus of its messaging to our core mission – the Second Amendment and our steadfast fight to protect America’s constitutional freedoms.”