“We just announced a plan that would implement the most sweeping rewrite of U.S. immigration law in a generation and overcome years of inaction to finally advance a new vision of immigration that fully reflects our country’s values,” O’Rourke announced.

The proposal consists of three key pillars, starting with the use of executive authority to reform the asylum system, overturn President Donald Trump’s travel bans and reunite separated families.

O’Rourke would then use his position as president to urge Congress to enact legislation promoting immigration and naturalization.

He would also work to strengthen America’s “partnership with our neighbors in the Western Hemisphere” to support democracy and human rights.

“This innovative plan overcomes a generation of inaction to finally rewrite our immigration laws in our own image — reflecting our values, the reality of the border, the best interests of our communities, and the longstanding traditions of a country comprised of families from the world over,” O’Rourke’s campaign said in a statement, according to CBS News.

“Coming from a city of immigrants, I’ve seen the incredible contributions of immigrants to our communities and local economies, and have been able to experience what happens when we allow everyone to contribute to their full potential.”

In addition to creating an “earned” pathway to citizenship for 11 million illegal immigrants residing in the U.S., it would create an “immediate” pathway for Dreamers and recipients of programs like Temporary Protected Status (TPS). Moreover, it would make naturalization easier for the 9 million illegals currently eligible for citizenship.

O’Rourke’s immigration plan calls for construction along the U.S.-Mexico border to be immediately suspended, as well as for any future budgets to withhold any wall funding. However, the number of U.S. Customs and Border Protection agents would increase and federal investments will update ports of entry. 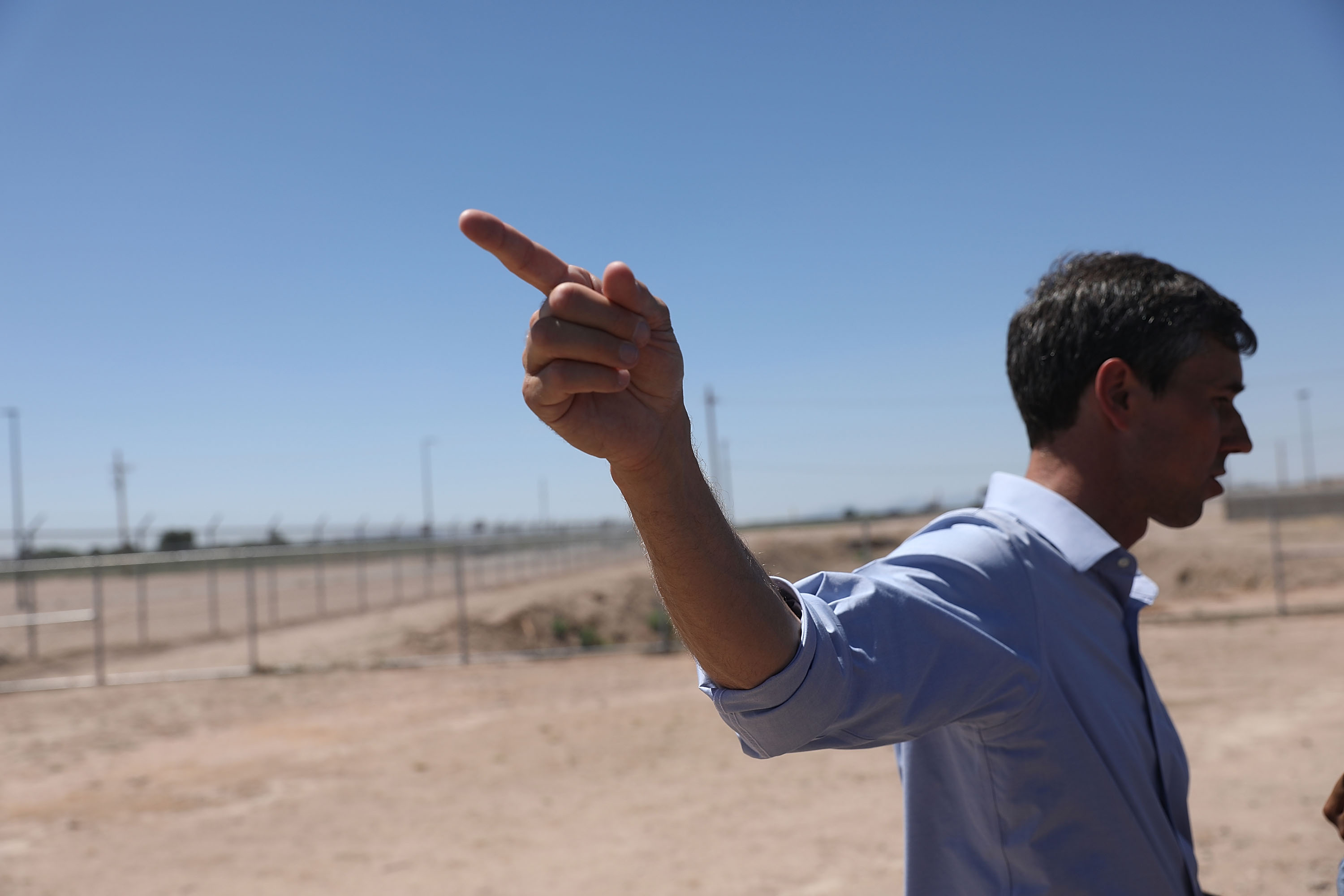 Rep. Beto O’Rourke points toward the tent encampment he toured near the Tornillo-Guadalupe Port of Entry on June 23, 2018. (Joe Raedle/Getty Images)

“Under our administration, we will ensure that we advance a new vision of immigration that fully reflects our country’s values and empowers every individual to contribute to the shared greatness of our country,” he continued. (RELATED: Crenshaw Has A Question For Beto As He Prepares To Speak Against A Border Wall)

O’Rourke drew criticism in February when he revealed that he would remove the existing border barrier in his hometown of El Paso if he had the ability to do so.

“At least Beto is honest about his open border policy,” Republican Texas Rep. Dan Crenshaw responded. “Most Dems claim to support a secure border while simultaneously undermining it at every turn.”

In the past, O’Rourke contended that to improve safety and security, America must “ensure that we are maximizing the potential from everyone … [and] treating each other with respect and dignity.”