California Democratic Rep. Eric Swalwell apparently thought he had a winner on Sunday with the slogan, “I will be bold without the bull.”

After promising his Iowa audience that “I will always be real with you,” Swalwell unleashed his line to what seemed to be public indifference.

The congressman, who finds himself in the lower end of polls asking Democrats whom they want as their party standard-bearer in 2020, had other issues that day. In the same speech, Swalwell also found some reason to equate the cast of Democratic presidential candidates to the The Avengers comic book characters. (RELATED: Eric Swalwell Tweets About His Late-Night Peanut Butter Habit)

Democrat presidential candidate Eric Swalwell: “I will be bold without the bull”

Swalwell pauses, appearing to expect applause from the audience

“Thank you, Iowa. Congratulations to tonight’s honorees. Welcome to my fellow candidates,” Swalwell announced to the audience. “Whom I consider — we are all a part of being The Avengers. The Republicans in 2016, that was ‘The Hunger Games.'”

Other Swalwell slogans have not been received with great enthusiasm either. Just after announcing his decision to seek the presidency, he asked his Twitter following, “Are you ready America?” Swalwell tweeted. “Let’s go big, be bold, and do good!” 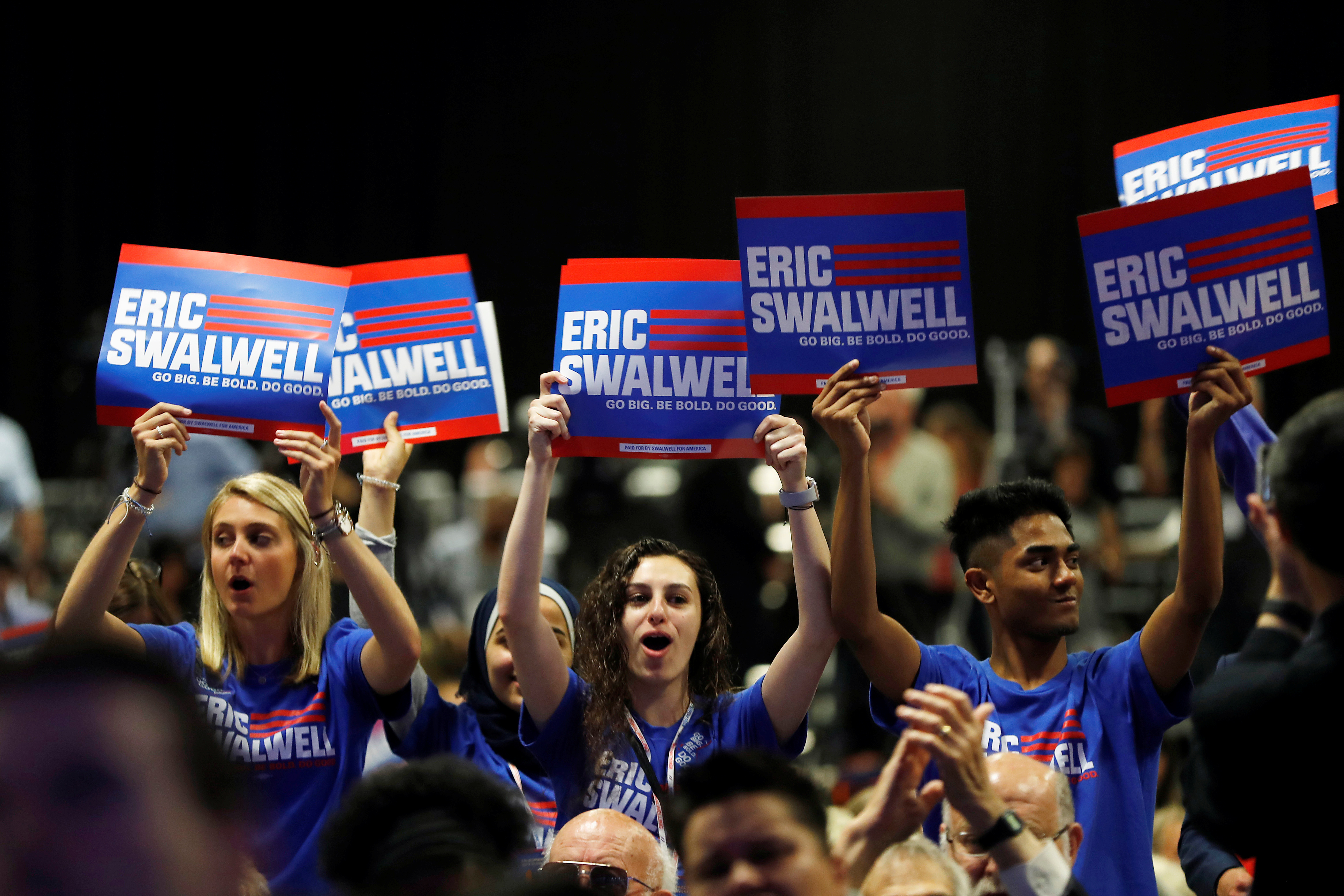 Swalwell once suggested that the federal government could use nuclear arms against gun owners who resist confiscation of their weapons.

The congressman was also unmoved by the Mueller report’s conclusion that there was no collusion between the Donald Trump campaign and Russia. Swalwell announced that he knows Trump “acts on Russia’s behalf.”