Mexico’s equivalent of the speaker of the House mocked President Donald Trump on Monday and said that the country won’t be able to stop the flood of immigrants from Central America.

Porfirio Munoz Ledo said in an interview that the U.S.’s territory is large enough to hold triple its current population and can accommodate another century of immigration.

Munoz Ledo, the president of the Chamber of Deputies, the Mexican legislature’s lower chamber, said Trump’s tough talk on immigration was “electoral bravado.” 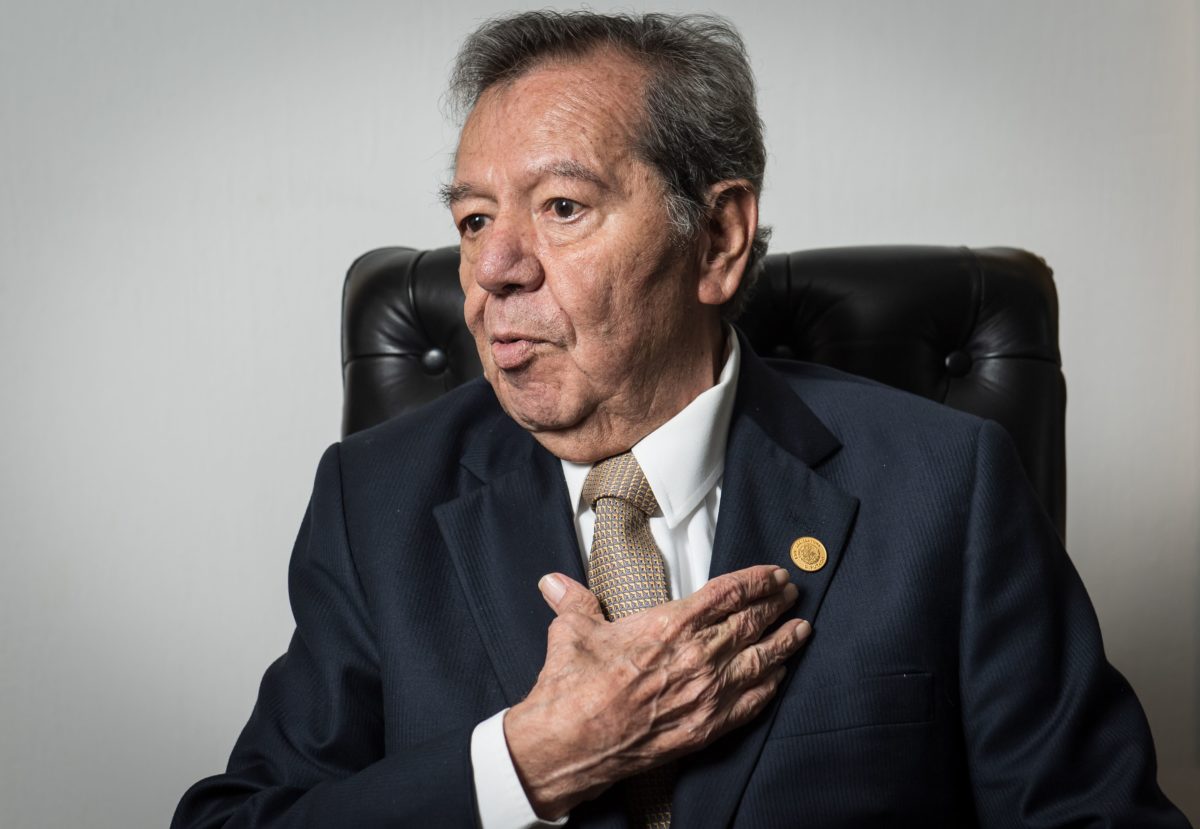 The President of the Mexican Low Chamber, Porfirio Munoz Ledo, of the MORENA party, speaks during an interview with AFP in Mexico City on April 23, 2019. (OMAR TORRES/AFP/Getty Images)

Trump had threatened to slap a 5% tariff on all Mexican goods “until such time as illegal migrants coming through Mexico, and into our Country, STOP.” (RELATED: Mexican Official Leading Tariff Negotiations Compared Trump To Hitler)

The president backed off his threat on condition that Mexico agree to better enforce its own southern border.

Mexico will try very hard, and if they do that, this will be a very successful agreement for both the United States and Mexico!

Mexico will try very hard, and if they do that, this will be a very successful agreement for both the United States and Mexico!

Munoz Ledo said Monday that he didn’t think Mexico was capable of stopping the flow of migrants from Central America. He said that Mexico should commit to protecting immigration as a human right.

He added that the pressure on Mexico from the U.S. would lessen after Trump was out of office.