Democratic Michigan Rep. Rashida Tlaib revealed on Tuesday that she gave every freshman member of Congress a book on impeaching President Donald Trump when she arrived in Washington, D.C., for orientation week in November.

“It was such a great gift,” Tlaib told interviewer John Nichols on The Nation’s “Next Left” podcast. The episode was titled “There’s a Real Human Impact of Doing Nothing.”

“It was orientation week and all of a sudden I was getting [gifts],” she explained. “I think Speaker [of the House Nancy] Pelosi sent chocolates and every person that was in some sort of [inaudible] role was sending stuff to our hotel so we would come in and there was stuff right already in our hotel room.”

The Michigan congresswoman explained that after her chief of staff confirmed that she could give presents to her fellow freshman lawmakers she sent them each a copy of “The Constitution Demands It: The Case for the Impeachment of Donald Trump” by Ron Fein, John Bonifaz and Ben Clements. Nichols, who also wrote the introduction to the book, noted that he was “amused” by the gift.

Only hours after Tlaib was sworn into Congress in January, she was recorded vowing to go after Trump. Referring to the president, Tlaib told a crowd of left-wing supporters that she is going to go in and “impeach the motherf****r.” The profanity drew immediate criticism from both sides of the political aisle. 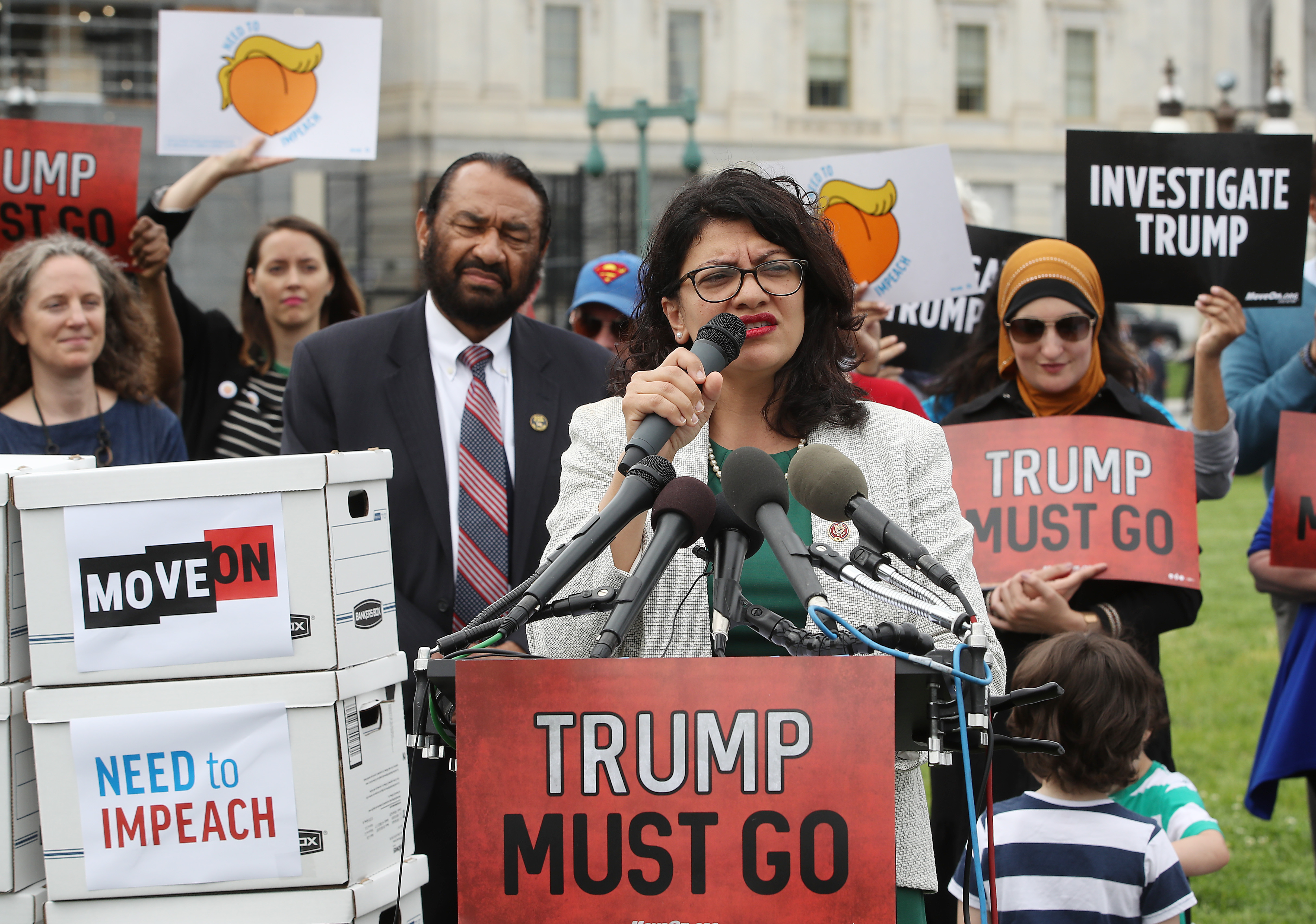 “I think that the key thing about what we heard from the congresswoman this week is the fact that she’s very focused on a politically motivated impeachment,” GOP Rep. Liz Cheney of Wyoming said of Tlaib’s comments at the time. (RELATED: Rashida Tlaib Hosts Another Extreme Anti-Israel, Terror-Affiliated Activist On Capitol Hill)

Despite the freshman Democrat’s repeated call for impeachment, Democratic leaders have largely shied away from moving forward with impeachment proceedings.

Tlaib’s office did not return The Daily Caller News Foundation’s request for comment.

1
Farrakhan Accuses Fauci And Bill Gates Of Plotting To 'Depopulate The Earth' With Coronavirus Vaccine
US
2
Black Lives Matter Runs Amok In DC On Independence Day
US
3
A 'Mini-Switzerland': This US State Is Becoming A Haven For Tax Evaders
US
4
Colin Kaepernick Condemns July 4th As 'Celebration Of White Supremacy'
Sports
5
New York Times Ripped For Describing Trump's Mount Rushmore Speech As 'Dark And Divisive'
Media