U.S. officials project there will be fewer illegal border crossings in June, perhaps an early indicator that President Donald Trump’s deal with Mexico is paying off.

U.S. Customs and Border Protection said they detained 132,887 total illegal immigrants in May, the highest numbers in over a decade. Over 84,000 of those detained were among a family unit. (RELATED: Border Apprehensions Of Illegal Migrants Top 130,000 In May)

Preliminary figures from CBP reveal a 13% drop in family units being apprehended at the border since the beginning of June, according to The Washington Post.

U.S. officials say they expect a 15% to 20% overall drop in the number of arrests at the border this month.

At the end of May, Trump announced that he intended to slap a 5% tariff on all Mexican goods if the country failed to adequately work with the U.S. to prevent Central Americans from reaching the southern border. The tariff was set to go into place on June 10 and would increase by five percentage points each month until the president was satisfied with Mexico’s progress.

Just a few days before the tariff was supposed to take effect, the president announced he had reached a deal with Mexico, thus suspending the tariffs indefinitely.

Mexico revealed that they will deploy 6,000 National Guard troops to the Mexico-Guatemala border and will allow more asylum seekers to stay in the country while they await court proceedings in the U.S. 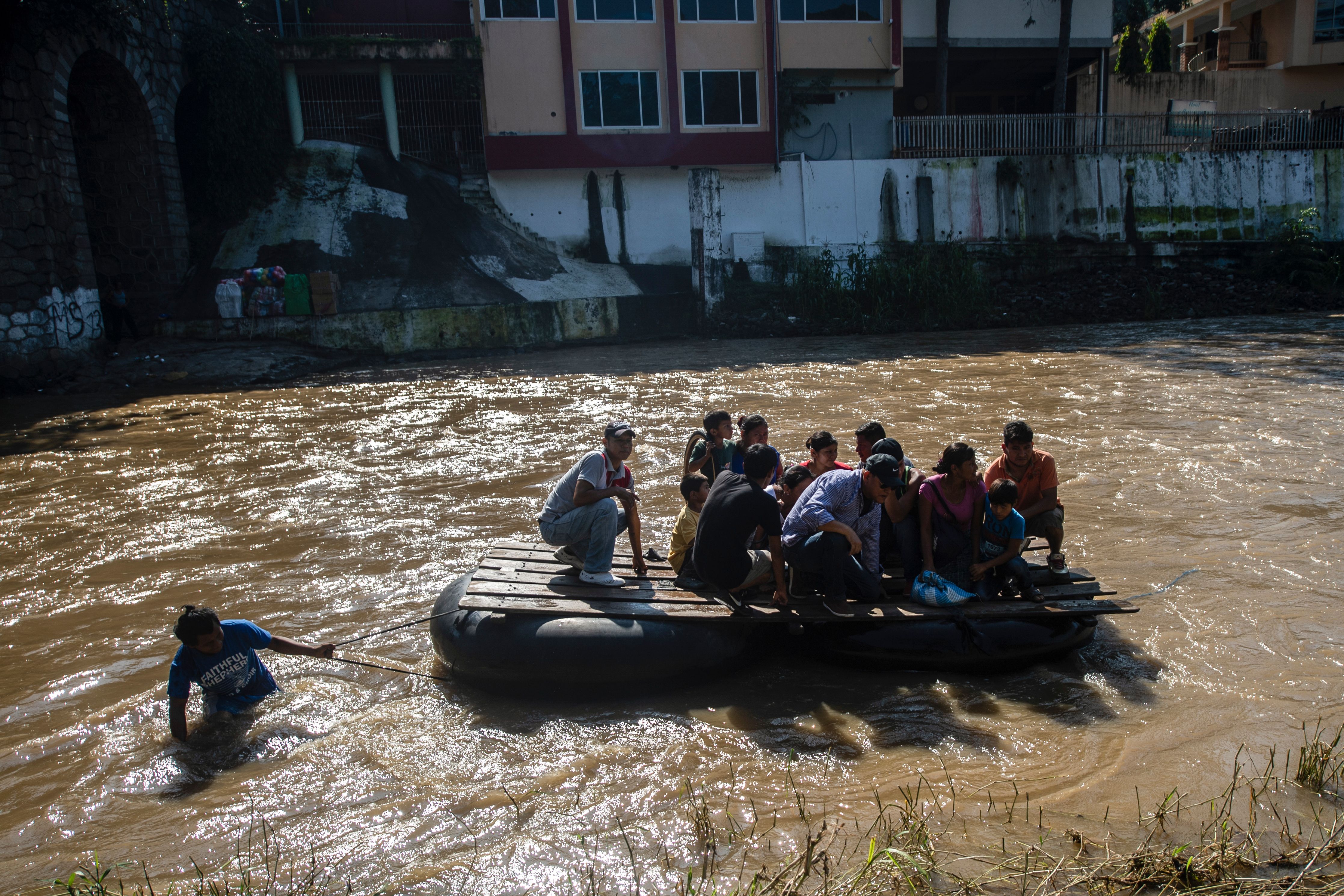 Migrants and residents use a makeshift raft to cross the Suchiate river from El Carmen in Guatemala to Talisman in Chiapas State, Mexico, on June 7, 2019. – The United States warned Friday that President Donald Trump’s punitive tariffs on imports from Mexico were on course to take effect next week, despite headway in talks on stemming the surge in migration towards the US border. (Photo by PEDRO PARDO/AFP/Getty Images)

A supplementary agreement also left open the possibility of Mexico acting as a “safe third country,” meaning asylum seekers will have to claim asylum in Mexico if it is the first country they enter after leaving home.

Trump praised the progress in a bilateral press conference with the Polish president last week, but he also warned that there could be a “phase two” put in place against Mexico if it doesn’t hold up its end of the bargain.

“If Mexico does a great job, then you’re not going to have very many people coming up. If they don’t, then we have phase two.  Phase two is very tough, but I think they’re going to do a good job,” the president asserted.

In past months, U.S. border officials said they were unequipped to deal with the surge of Central American families crossing the U.S.-Mexico border, leading to overcrowding in migrant shelters and a backlog of cases in immigration courts.