The Supreme Court struck down a federal law barring registration of “immoral” or “scandalous” trademarks Monday, saying it violates the First Amendment.

Justice Elena Kagan led a six-justice majority to invalidate the law — a provision of the 1946 Lanham Act — which designer Erik Brunetti challenged after he was denied a trademark for his “FUCT” clothing brand.

“The ‘immoral or scandalous’ bar is substantially overbroad,” Kagan’s opinion reads. “There are a great many immoral and scandalous ideas in the world (even more than there are swearwords), and the Lanham Act covers them all. It therefore violates the First Amendment.”

Monday’s decision was the second time the Supreme Court struck down a Lanham Act provision on free speech grounds since 2017. The prior case, Matal v. Tam, involved a prohibition on disparaging trademarks. In Tam, the justices said the “no disparagement” rule discriminated based on viewpoint, a cardinal First Amendment sin.

The same was true of Brunetti’s case, Kagan wrote. The high court said the bar on “immoral” or “scandalous” marks is inherently prejudiced against certain views and requires the Patent and Trademark Office (PTO) to disfavor applicants based on perspective.

For example, the office rejected a “Bong Hits 4 Jesus” trademark since Christians would find it morally outrageous, but approved a pro-Christian “Jesus Died For You” mark. Similarly, the PTO registered anti-drug use marks such as “Say No To Drugs — Reality Is The Best Trip In Life,” but turned away marks that glamorized drug use.

“The rejected marks express opinions that are, at the least, offensive to many Americans,” Kagan wrote. “But as the Court made clear in Tam, a law disfavoring ‘ideas that offend’ discriminates based on viewpoint, in violation of the First Amendment.” 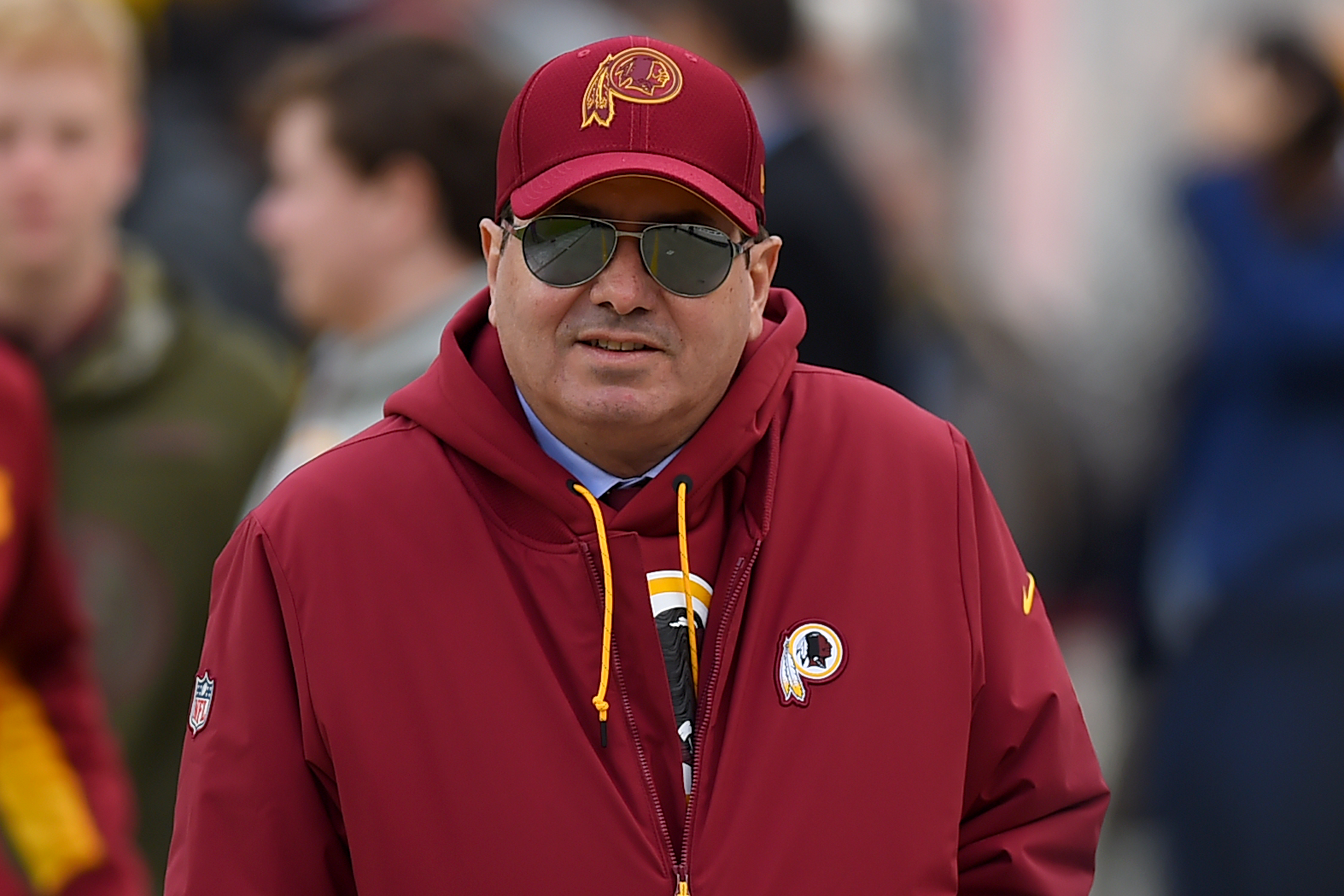 Washington Redskins owner Daniel Snyder before a game between the Redskins and Philadelphia Eagles at FedExField on Dec. 30, 2018. (Will Newton/Getty Images)

Oral arguments presented an amusing challenge for the staid, well-mannered court, with Deputy Solicitor General Malcolm Stewart referring to the FUCT brand as “the equivalent of the profane past participle of the paradigmatic profane word in our culture.”

In a short concurrence, Alito emphasized that Congress could pass a statute that bans vulgar marks like Brunetti’s.

“Our decision does not prevent Congress from adopting a more carefully focused statute that precludes the registration of marks containing vulgar terms that play no real part in the expression of ideas,” Alito wrote. “The particular mark in question in this case could be denied registration under such a statute.”

Alito also cautioned the court’s decision was not based on “moral relativism.”

In a partial dissent, Sotomayor said the Lanham Act could be read to bar the registration of a handful of profane, obscene and vulgar words. That narrower construction, she said, would survive a First Amendment challenge. But the court struck down the provision in full, she lamented, meaning the PTO will have no choice but to approve the most distasteful of trademarks.

“The government will have no statutory basis to refuse (and thus no choice but to begin) registering marks containing the most vulgar, profane, or obscene words and images imaginable,” Sotomayor wrote.

“There is at least one particularly egregious racial epithet that would fit this description as well,” Sotomayor wrote in a footnote elsewhere in her decision.

The American Civil Liberties Union (ACLU), which filed an amicus (or “friend of the court”) brief supporting Brunetti, called the decision a victory for free speech.

“This ruling is a victory for the First Amendment,” said ACLU staff attorney Emerson Sykes. “Government bureaucrats should not be deciding what speech is or is not deserving of trademark protection based on what they consider to be too ‘scandalous’ and ‘immoral.’ That is, at its heart, government suppression of speech based on the viewpoint expressed. It is also, as the Supreme Court today reaffirmed, unconstitutional.”