President Donald Trump signed an executive order Tuesday to establish a new council for the U.S. Department of Housing and Urban Development that focuses on affordable housing.

The White House Council on Eliminating Barriers to Affordable Housing, chaired by HUD Secretary Ben Carson, will work with state and local governments to “identify and remove the obstacles that impede the production of affordable homes — namely, the enormous price tag[s] that follow burdensome government regulations,” HUD explained in a press release.

California HUD Regional Public Affairs Officer Eduardo Cabrera told the Daily Caller News Foundation that while it’s important to get things done without funding, “we know now that 25% of expenses with new housing are related to regulations” that can be cut if they are properly identified.

More than 25% of the money used to build a new home is the result of federal, state and local regulations, HUD said in its press release. Houses are being built at slower-than-expected rates or started and never finished, which puts the country’s homeless population at risk.

HUD’s 2006 “Guide to More Effective and Efficient Building Regulatory Processes Through Information Technology” says a single day’s delay “caused by the regulatory process” can add $100,000 to the total cost of a “mid-rise building.” Creating a council to try to eliminate those costs to create more affordable housing for the homeless is necessary for the progress of the country’s homeless crisis.

Census Bureau data indicated that seven homes were built on average for every 10 households formed between 2010 to 2016, the release continued, which leaves Americans with fewer housing options and more people leaving on the streets.

The National Low Income Housing Coalition issued a statement Tuesday responding to the executive order with a warning.

“The council, made up of the [s]ecretaries of Treasury, Labor, Agriculture and the [Environmental Protection Agency], will likely work to remove important federal regulations that protect fair wages, fair housing, the environment, and more, and not the restrictive local zoning over which the federal government has very little control,” it read. 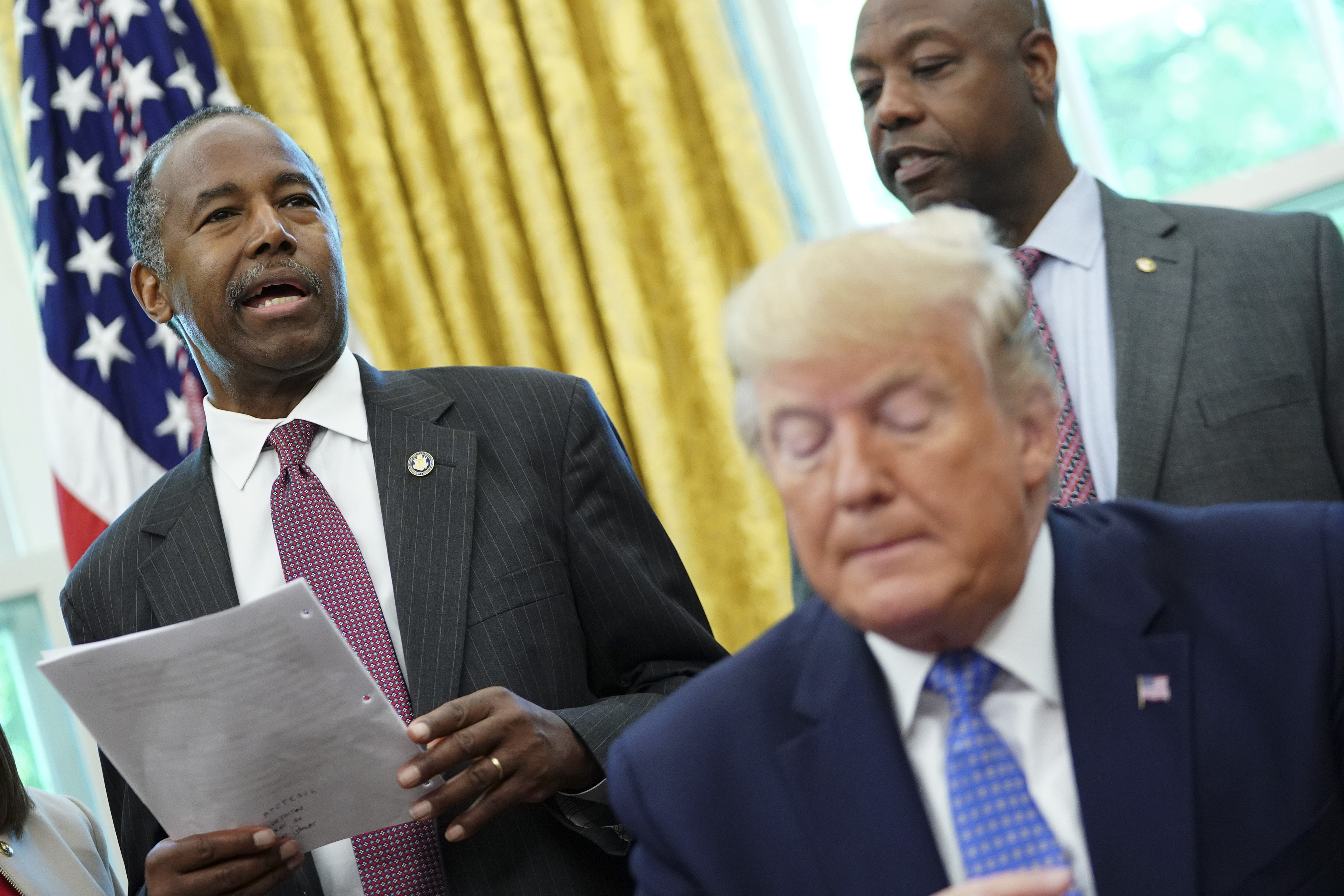 Other groups combatting homelessness like the Coalition for the Homeless and the National Alliance to End Homelessness (NAEH) have a more positive outlook on the new council.

“It’s a step in the right direction,” Michael Ferrell, executive director of the Coalition for the Homeless, told the DCNF. “For a long time, housing has not been a part of the national agenda. Even with HUD, in the last 20 years, housing on a national level really hasn’t been a focus.”

“I’d like to believe this particular council will live beyond the Trump administration,” he added. (RELATED: Trump’s HUD Official Moves To The Projects In The Bronx)

NAEH issued a Wednesday statement saying the alliance “is pleased that the Trump administration has acknowledged the need to act on the nation’s affordable housing crisis. The lack of affordable housing has a crippling effect on the nation’s well-being and is the primary cause of homelessness. … We applaud efforts to remove unnecessary, ill-advised, and discriminatory regulations.”

“With the signing of today’s Executive Order, President Trump is prescribing a powerful treatment that correctly diagnoses the source of America’s affordable housing condition: this is a matter of supply and demand, and we have to increase the supply of affordable homes by changing the cost side of the equation,” Carson said in a statement. “Increasing the supply of housing by removing overly burdensome rules and regulations will reduce housing costs, boost economic growth, and provide more Americans with opportunities for economic mobility.”

“The accumulation of such barriers — including zoning, other land use regulations, and lengthy development approval processes — has reduced the ability of many housing markets to respond to growing demand,” the toolkit reads.