Mosberg, 93, was responding to Ocasio-Cortez’s insistence on calling detention facilities housing illegal immigrants “concentration camps” in his interview with the New York Post.

“She should be removed from Congress. She’s spreading anti-Semitism, hatred and stupidity,” Mosberg said. “The people on the border aren’t forced to be there — they go there on their own will. If someone doesn’t know the difference, either they’re playing stupid or they just don’t care.”

The freshman congresswoman said the Trump administration is running “concentration camps” on the U.S.-Mexico border for immigrants June 18.

This administration has established concentration camps on the southern border of the United States for immigrants, where they are being brutalized with dehumanizing conditions and dying.

This is not hyperbole. It is the conclusion of expert analysis ⬇️https://t.co/2dWHxb7UuL

“Her statement is evil,” he said. “It hurts a lot of people. At the concentration camp, we were not free. We were forced there by the Germans who executed and murdered people — there’s no way you can compare.”

After hearing of the congresswoman’s comments, Mosberg, who lives in New Jersey, said he sent her an invitation to visit Auschwitz and tour “German Nazi concentration camps” through the Holocaust education group of which he is president called From the Depths. Mosberg’s mother, grandparents and cousin died at Auschwitz. (RELATED: Ocasio-Cortez Says US Has Committed ‘Unspeakable Horrors’ In The Name Of Citizenship)

“They give my wife’s mother [benzine] injections to the heart and put her on the fire,” he continued.

When Iowa Rep. Steve King encouraged her on Twitter to accept Mosberg’s invitation, Ocasio-Cortez tweeted in response to King, “The last time you went on this trip it was reported that you also met [with] fringe Austrian neo-Nazi groups to talk shop. So I’m going to have to decline your invite. But thank you for revealing to all how transparently the far-right manipulates these moments for political gain.”

The last time you went on this trip it was reported that you also met w/ fringe Austrian neo-Nazi groups to talk shop.

So I’m going to have to decline your invite. But thank you for revealing to all how transparently the far-right manipulates these moments for political gain. https://t.co/TQkaPEESoD 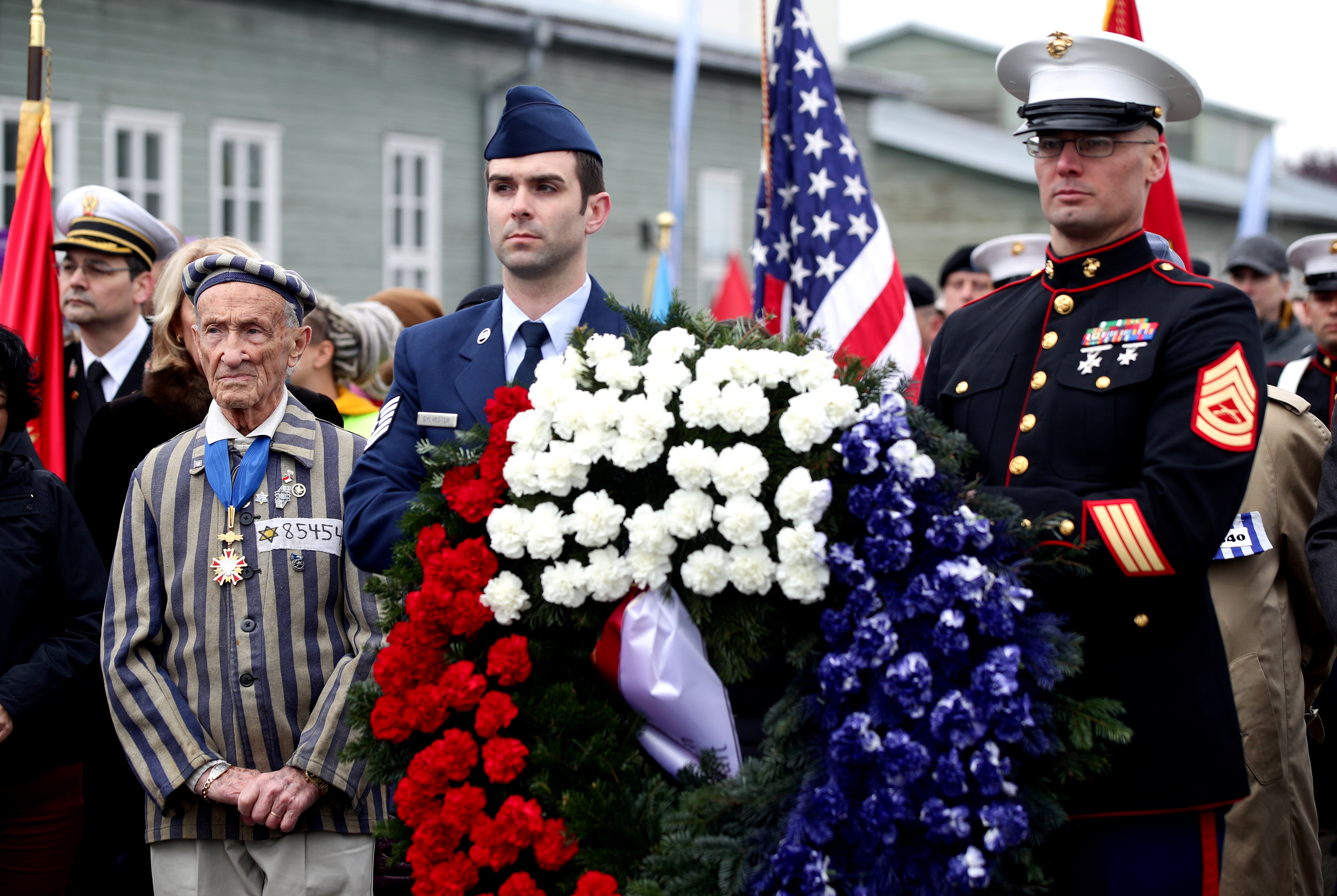 Mosberg said he was disappointed by the rejection, adding that Ocasio-Cortez could have learned from the experience.

“If you’re not there, you will never know what happened,” he said. “She doesn’t want to learn — she’s looking for excuses. I would like to nominate her for the Nobel Prize in stupidity.”

Mosberg said he saw people being hanged, attacked by dogs and fatally beaten at the concentration camps he was forced to live in during World War II. Guards tried to kill him. He eventually immigrated to the United States with his wife and settled in Harlem. (RELATED: Holocaust Survivors Respond To Ocasio-Cortez After ‘Concentration Camp’ Comments)

A representative for Ocasio-Cortez told the Post the congresswoman has “made a distinction between a death camp and concentration camp. She’s been pretty outspoken about the issue.”

Ocasio-Cortez told CNN host Jake Tapper on Thursday that the Jewish community in her district has “rallied around this issue” of living conditions at the centers.

Ocasio-Cortez claims her Jewish community has rallied by her false claim that Trump is using “concentration camps” pic.twitter.com/NEy53TNsQX

Ocasio-Cortez’s office did not immediately respond to the Daily Caller News Foundation’s request for comment.