Beijing issued a warning Tuesday to Hong Kong after protesters stormed past police and into the city’s main legislative building Monday night and vandalized the property.

Beijing’s Hong Kong and Macau Affairs Office said that while July 1 is supposed to be a day to celebrate Hong Kong’s return to China, “some extremists … attacked the Legislative Council building in an extremely violent manner and deliberately damaged its facilities,” according to Singapore newspaper The Straits Times. 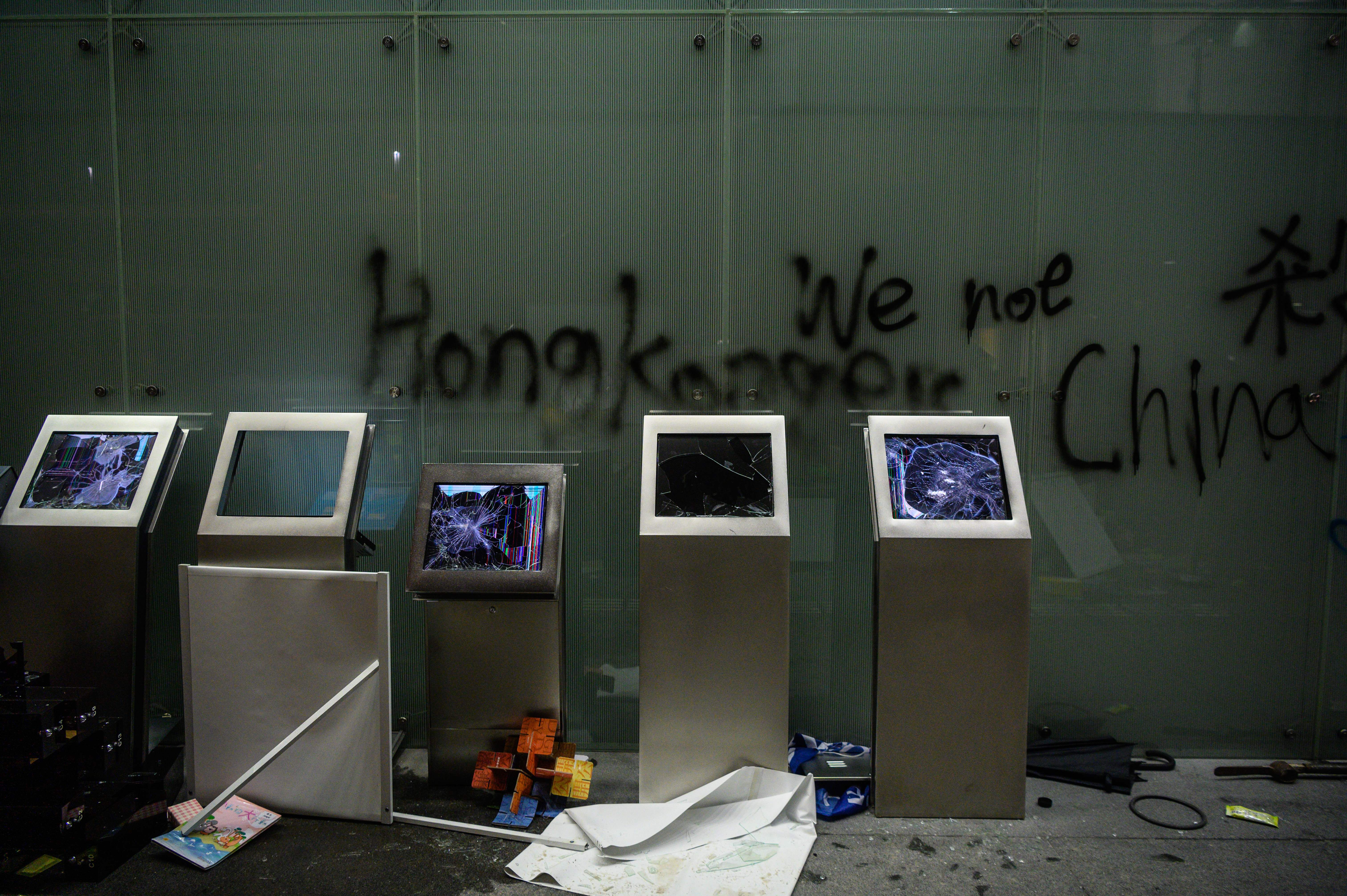 Protesters wearing hardhats rammed past police and through the glass of the main legislative building. The group stormed inside the property, destroyed portraits of legislative officials, defaced Hong Kong’s official emblem, hung a British colonial flag and spray-painted “pro-democracy slogans,” according to Reuters.

“It is a blatant challenge to the ‘one country, two systems,'” it said, referring to the law that allowed Hong Kong, once under British rule, to return to China’s communist government as its own democratic system in 1997. Monday’s demonstrations fell on the anniversary of the day Hong Kong was returned to China from the British.

The office also expressed support for identifying “violent offenders” to “protect the safety of citizens and property.” 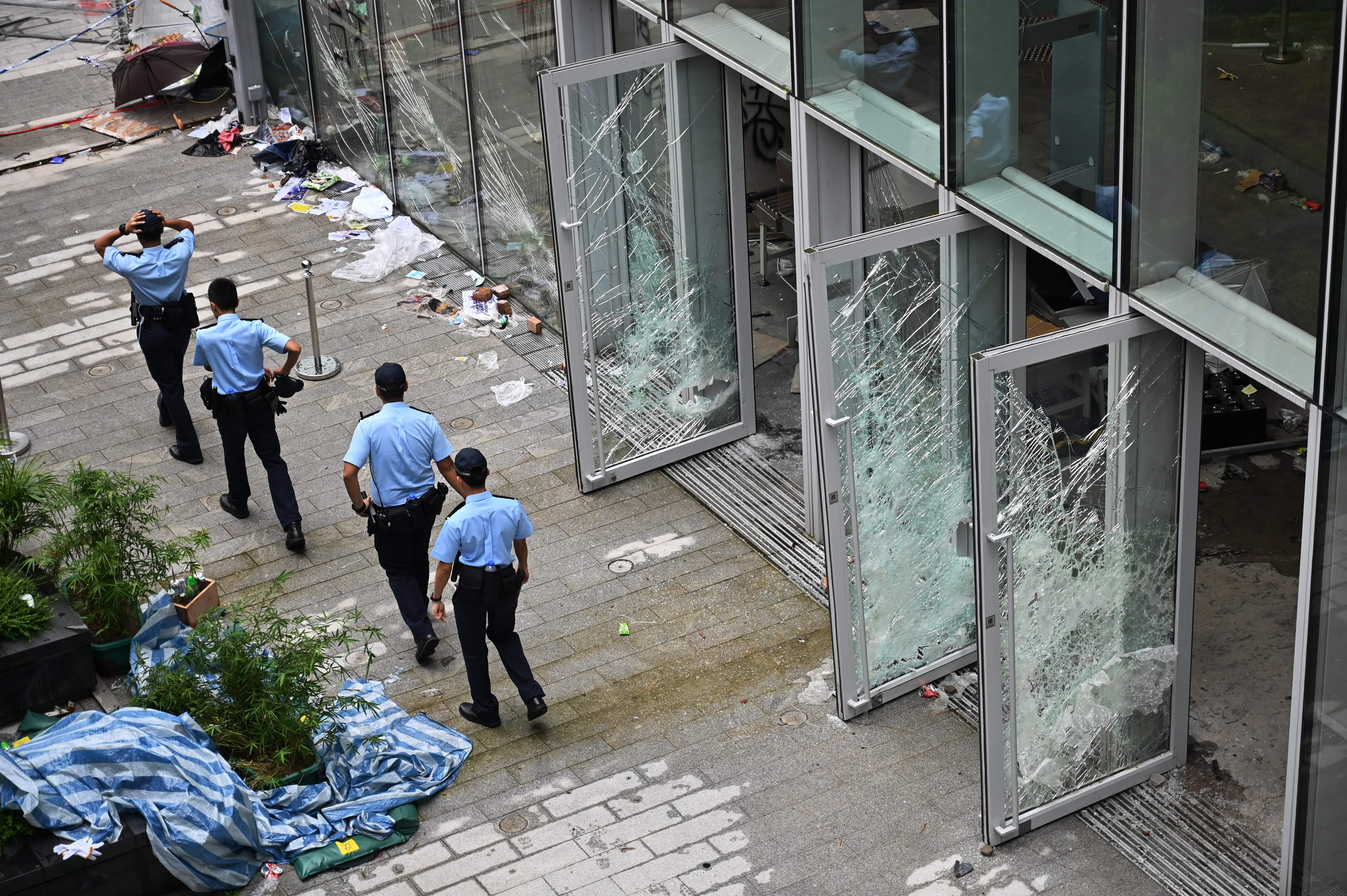 Police walk next to the Legislative Council building in Hong Kong on July 2, 2019. (HECTOR RETAMAL/AFP/Getty Images)

Beijing’s Office of the Commissioner of the Ministry of Foreign Affairs in Hong Kong blamed unnamed foreign countries for “arguing for violent criminals” and urged those countries to stop “interfering” in a statement to FT Tuesday.

“They not only do not oppose and condemn the act. Instead, they talk about the so-called right of freedom … the ‘right to peaceful protest’ by violent offenders, arguing for violent criminals,” the office said.

“Out of blind arrogance and rage, protesters showed a complete disregard for law and order,” the Times wrote, according to Reuters. 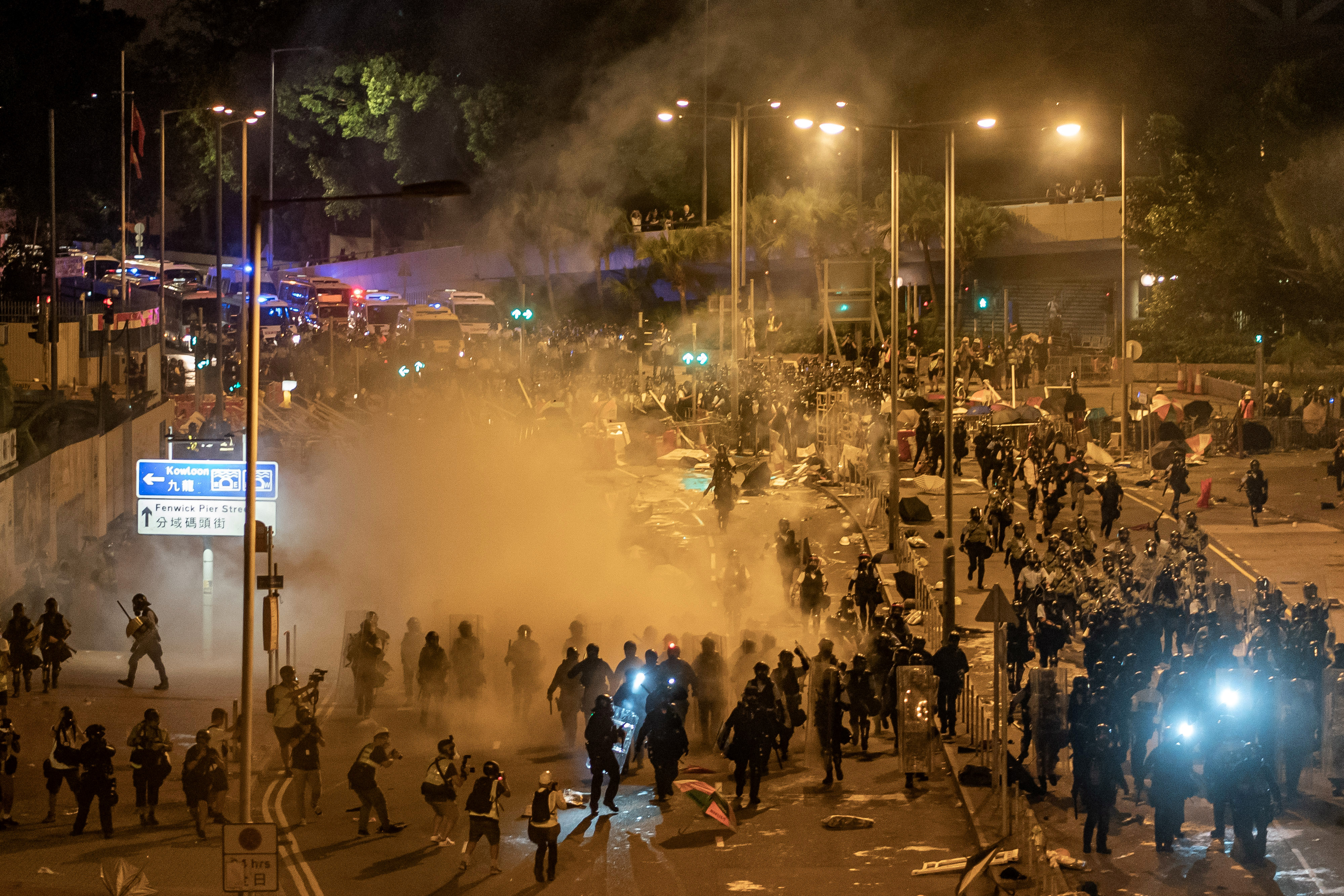 Police fire tear gas as they charge toward protesters outside the Legislative Council Complex on July 2, 2019 in Hong Kong, China. (Photo by Anthony Kwan/Getty Images)

“Chinese society is all too aware that a zero-tolerance policy is the only remedy for such destructive behavior,” the Times continued. “Otherwise, and without this policy, it would be similar to opening a Pandora’s Box, upending social disorder.”

Hong Kong Chief Executive Carrie Lam, who is being called on to resign, said that while the first march “was peaceful and generally orderly … the second scene … was the extreme use of violence.”

Monday’s demonstration came after weeks of other large, more peaceful protests against the extradition bill. Organizers of a protest on June 9 estimate over 1 million people were in attendance, making it “one of the largest and most unified protests in more than a decade,” according to the South China Morning Post.