A Betsy Ross flag was spotted flying as part of an 18-flag display outside San Francisco City Hall Thursday.

Controversy over the Betsy Ross flag erupted Monday after Nike pulled a shoe featuring the American flag following a complaint from former San Francisco 49ers quarterback Colin Kaepernick, who alleged the flag was a symbol of racism.

It doesn’t appear, however, Kaepernick has commented on the Betsy Ross flag that has been a part of the “Pavilion of American Flags” in San Francisco’s Civic Center Plaza since 1964. 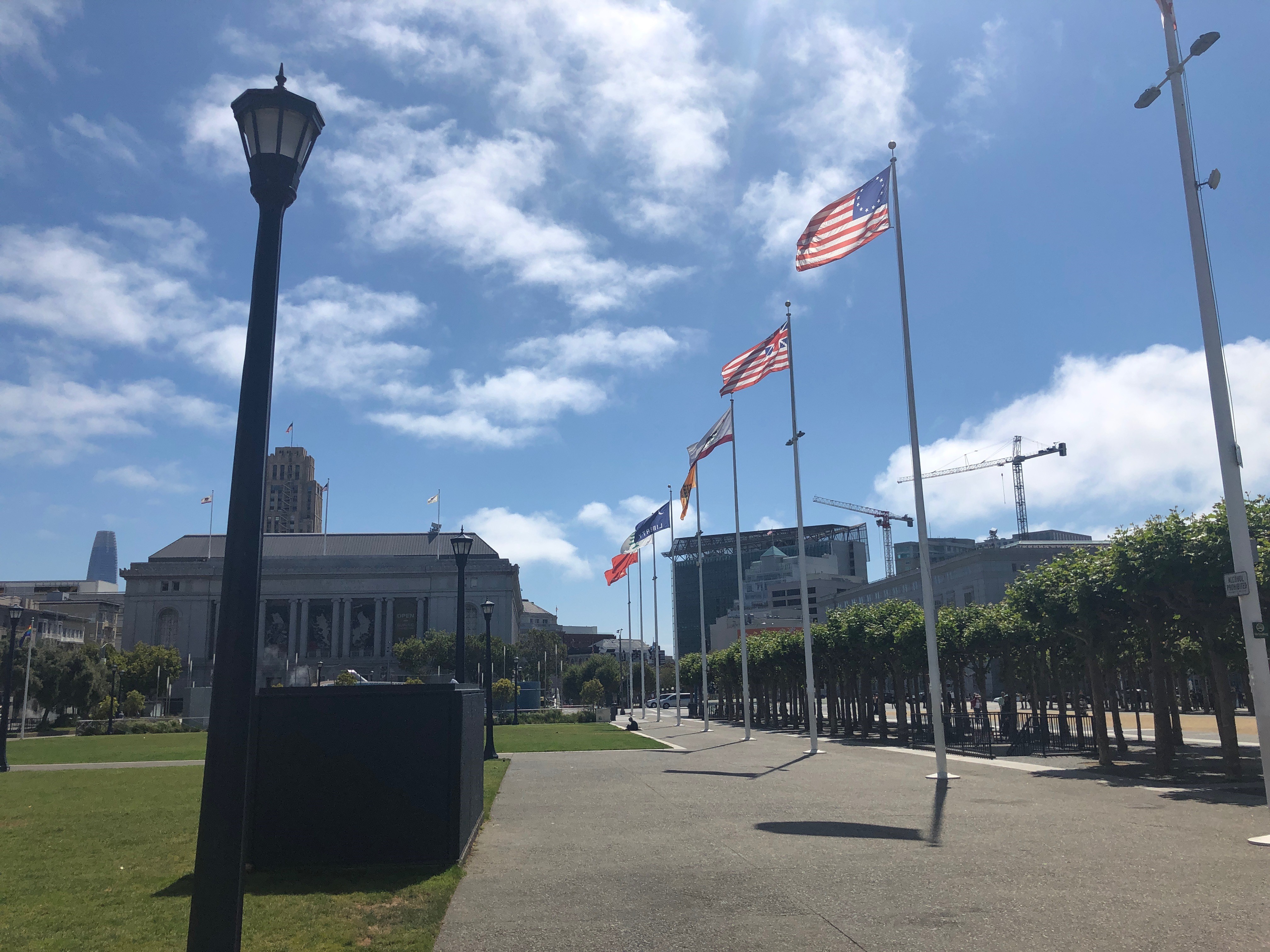 A Betsy Ross flag flying in the “Pavilion of American Flags” outside San Francisco City Hall on July 4, 2019. (DCNF/Courtesy of Bob Tutag)

The Betsy Ross flag flew outside San Francisco City Hall for the entirety of Kaepernick’s tenure with the San Fransisco 49ers from 2011 through 2016.

The 18-flag display was the brainchild of businessman Stanley Bergman, according to the San Francisco Chronicle. The flags were first raised with fanfare on Flag Day, June 14, 1964, with a military band and former San Francisco Mayor John Shelley in attendance, the Chronicle reported.

A Confederate battle flag was a part of the display for several months in 1964, but it was ordered replaced after being cut down during a protest, according to the Chronicle. 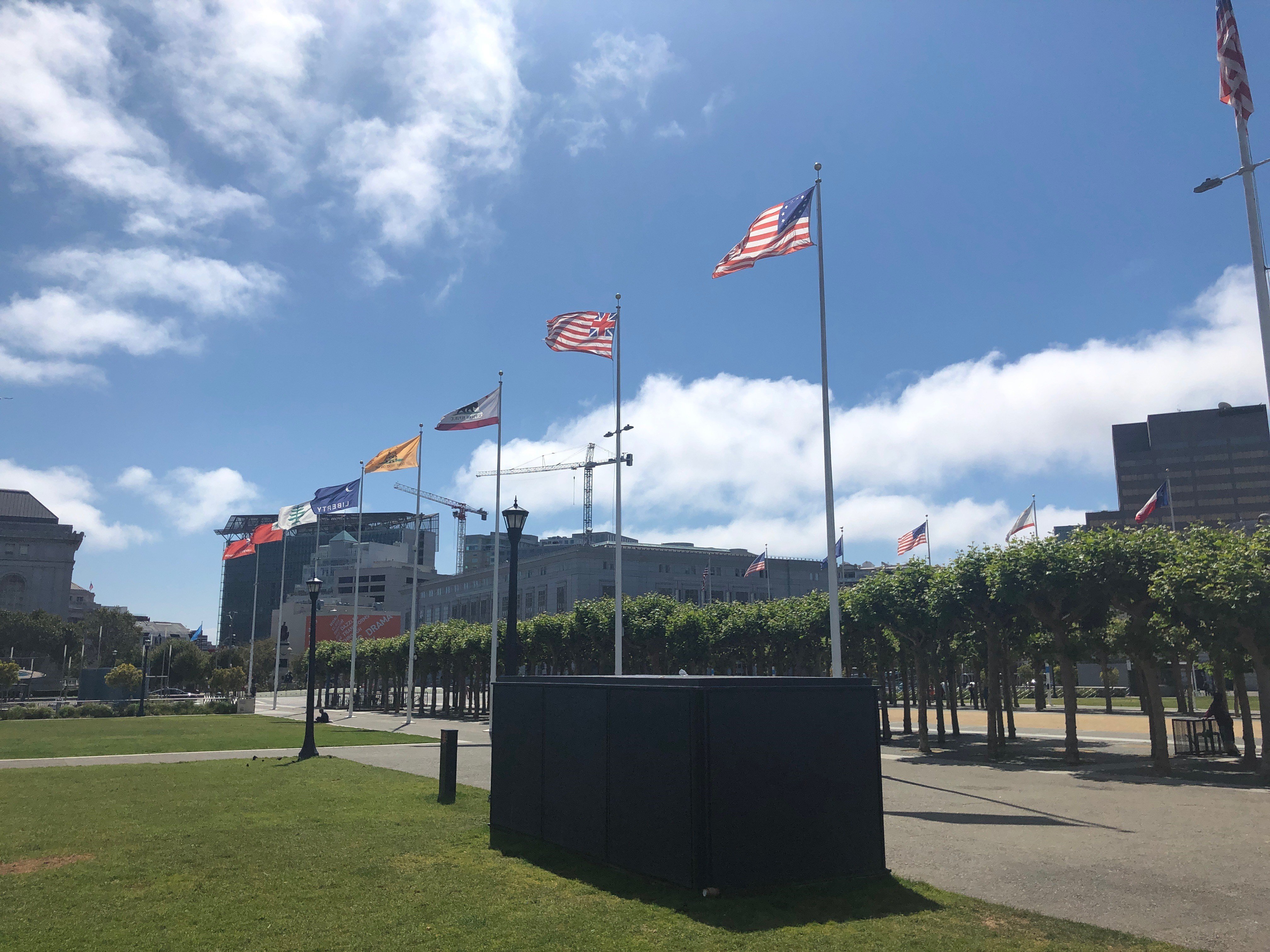 A Betsy Ross flag flying in the “Pavilion of American Flags” outside San Francisco City Hall on July 4, 2019. (DCNF/Courtesy of Bob Tutag)

“Thank you for doing the right thing,” Newsom, a Democrat, wrote in a tweet Tuesday to Nike. “CA is open for business and welcomes those that represent the best of our American values.”

Hey, @Nike — we’re just a quick jaunt over the border…

Thank you for doing the right thing. CA is open for business and welcomes those that represent the best of our American values. pic.twitter.com/dLN7EuYBFS

1
'Because I'm A Snake': Tucker Carlson Rips John Bolton After Times Manuscript Report
Media
2
It Took This CNN Panel Just 80 Seconds To Show What They Really Think Of Trump Voters
Analysis
3
Fox News' Chris Wallace Gets Heated With Katie Pavlich: 'Get Your Facts Straight!'
Politics
4
Georgia Senator Kelly Loeffler Takes Aim At Romney, Says He 'Wants To Appease The Left'
Politics
5
Joy Behar Asks Holocaust Survivor About Kids In Cages At The Border — Doesn't Get The Answer She Wants
Politics