A graveyard of historic World War I shipwrecks along the Potomac River was designated a National Marine Park.

The National Oceanic and Atmospheric Administration (NOAA) announced Monday that the 18-square-mile area, known for its “ghost fleet” of over 100 shipwrecked military vessels from World War I, will be protected as the Mallows Bay-Potomac River National Marine Sanctuary.

“Preserving our history, heritage, and natural resources have always been a priority for our administration and designating this national treasure as a marine sanctuary is yet another example of our stewardship,” he said. 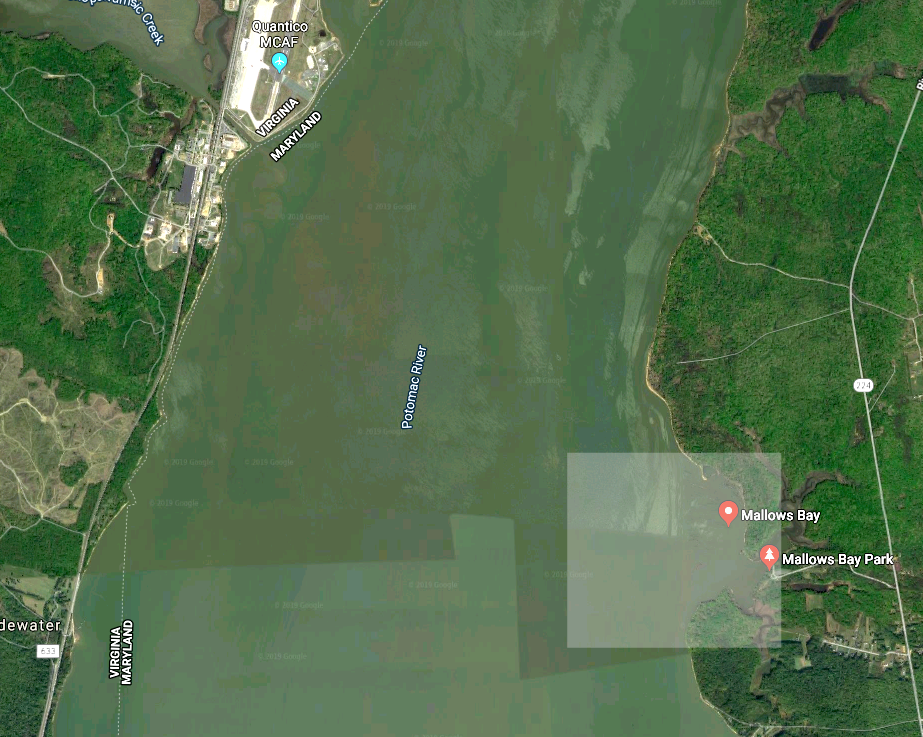 Forty miles south of Washington, the 18-square-mile stretch of the Potomac River in Charles County, Maryland, has been named the Mallows Bay-Potomac River National Marine Sanctuary. Photo from Google Maps.

The Potomac River site is approximately 30 miles south of Washington, D.C. The designation is the first new marine sanctuary since 2000, according to NOAA.

The ships date back to 1916, when the U.S. Emergency Fleet corporation, created by President Woodrow Wilson, built 100-plus wooden steamships in response to German U-boat attacks in the Atlantic. Many of the ships never entered service and were moved to the Potomac for salvage and were eventually scuttled by burning in 1925, according to National Geographic.

In addition to ships from WWI there are also shipwrecks dating back to the Civil War, as well as Native American archeological sites that date back 12,000 years. (RELATED: Archaeologists Find The Last Ship That Transported Slaves To America. Here’s Why It Means So Much To This Tiny Alabama Town)

The site was first nominated in 2014, taking several years to clear the necessary regulatory and environmental hurdles before the it could be designated.

The House and Senate are required to hold hearings about the designation within 45 days before it can become official.

Visitors to Mallows Bay are allowed to kayak or motorboat through shipwrecks and wildlife that includes bald eagles and ospreys.