The long wait at a Department of Motor Vehicles (DMV) prompted a woman to storm into the parking lot, grab her gun and fire it into nearby landscaping, police say.

Vanessa Richey, 34, was taken into custody Tuesday after police officers responded to a report of shots fired at the Parkville DMV Office in Kansas City, Missouri, the Daily Mail reported.

“We’re still early on in the investigation, but it is to my understanding that she didn’t make it into the DMV,” Maj. Eric Holland, spokesperson for the Platte County Sheriff’s Office, told the Kansas City Star.

Woman at Kansas City DMV started shooting because line was too slow, police say The @KCStar‘s @GRicekcstar is at the scene gathering information. https://t.co/YTjkdZsMFi

The woman reportedly entered the DMV office and became “loud and obnoxious,” using foul language and announcing that the “wait time is ridiculous.”

Patricia Zick, a witness who was renewing her driver’s license, said the woman was extremely belligerent and muttering that the “president’s security was in danger,” she told the Star.

“Something was wrong, I don’t know what it is — drugs, mental or whatever — but she just insisted on getting taken care of immediately,” Zick added. 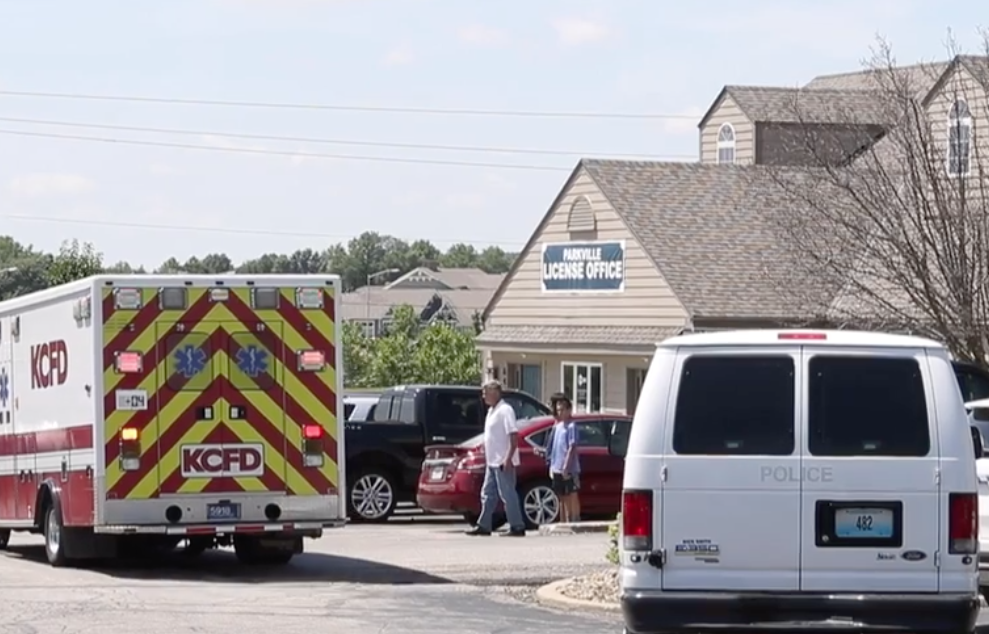 A woman was transported away from the scene in a police van after firing her gun in the parking lot of a Kansas City DMV, police reported. July 9, 2019. Photo Youtube screenshot courtesy of the Kansas City Star.

DMV staff reportedly told her to leave or they would call the police. The woman then said she was going to get her gun, Kansas City Police Officer Darin Snapp told a Fox affiliate. (RELATED: Canadian Woman Goes Ballistic On The Bus. The Video Is Absurd)

Witnesses report she went into the parking lot, took out her gun and fired it a couple of times into nearby landscaping. An off-duty police officer approached her and ordered her to stop. Police arrived shortly afterward and took her into custody.

Richey was reportedly transported to the hospital for evaluation. Richey has been charged with unlawful use of a weapon and is currently being held under bond.

“She just wasn’t very happy about the wait at the DMV,” Snapp told Fox.