The Trump administration’s beleaguered rule demanding drug companies include prices in television ads could fall to Congress to push through, and Iowa Republican Sen. Joni Ernst told the Daily Caller News Foundation Thursday she is on board with a bipartisan Senate bill that would do just that.

She plans to cosponsor the Drug-price Transparency in Communications Act, which original cosponsors Illinois Democrat Dick Durbin and Iowa Republican Chuck Grassley said will solve the administration’s problems after a federal judge put a last-minute block on the rule Monday.

“This has been brought up by so many of my constituents. … I think it’s a good idea. I think it’s something that needs to be looked at,” Ernst told the DCNF in an interview Wednesday. (RELATED: Joni Ernst Talks Potential Drug Pricing Legislative Package: ‘This Is Something That Shouldn’t Be A Political Football’)

Major pharmaceutical companies Merck, Eli Lilly and Amgen sued the administration over the rule in June. 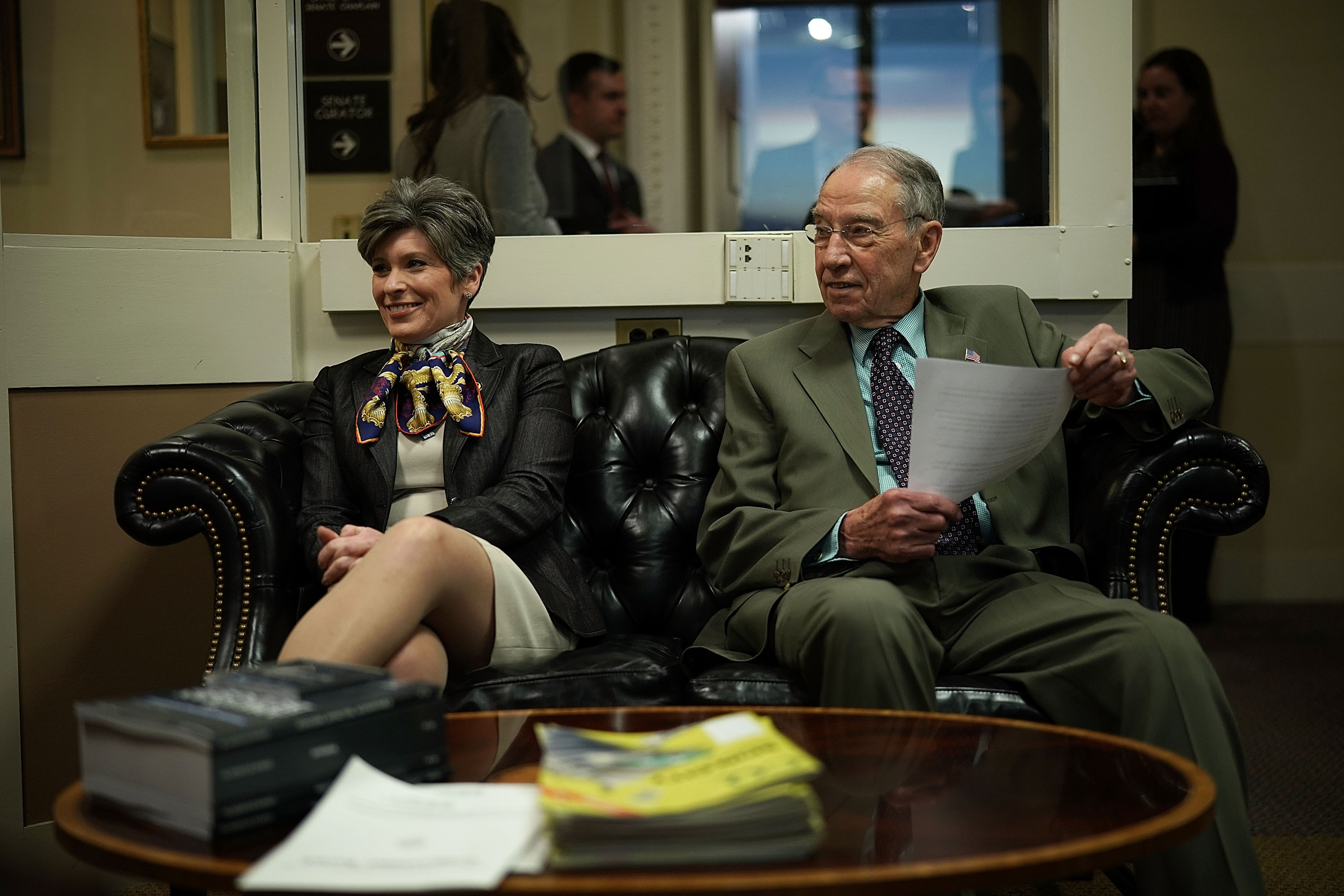 U.S. Sens. Chuck Grassley (R) and Joni Ernst wait for the beginning of a news conference on immigration February 12, 2018 at the Capitol in Washington, DC. (Photo by Alex Wong/Getty Images)

“Rather than level with the American public about the sky-high cost of their drugs — when they run their non-stop ads — Pharma sued to block patients from knowing the price. A federal court agreed with Pharma this week, but this isn’t over. I believe Congress should step up and pass a law to require price disclosure,” Durbin said in a statement Wednesday.

Ernst brought up the drug companies’ concerns that the rule violated their First Amendment rights Wednesday.

“I guess you could say free speech, they can do what they want. But at the same time, okay then, why don’t when you’re advertising you let folks know what is the cost of this? … If you eventually get to a point where it’s so costly that someone can’t afford to get that medication, then what’s the point?” she said.

Ernst connected the administration’s push for greater transparency in health care with her own prescription drug pricing agenda. Although President Donald Trump has signed a series of executive order on that front, he has hit repeated roadblocks.

Critics of the Trump administration’s beleaguered rule demanding drug companies include prices in television ads say it was designed to fail and would not have helped patients, most of whom would not pay drugs’ list prices.

“The TV ad rule was minor, vague and apparently designed to fail. Its failure is broadly speaking inconsequential for patients,” the Type 1 Diabetes Defense Foundation wrote on Twitter Tuesday.