Jeffrey Epstein abused at least one woman while out on work release while serving time in jail as part of his 2007 sweetheart deal, a lawyer representing some of his accusers said Tuesday.

The Palm Beach County Sheriff’s Office allowed Epstein to leave prison on a work release program for up to 12 hours a day, six days a week, at an office building during his 13-month sentence in the private wing of the county jail in Florida, despite that the sheriff’s policy states the program isn’t available to sex offenders, the Miami Herald reported.

Brad Edwards, an attorney representing Epstein’s accusers, said during a press conference Tuesday that the registered sex offender was allowed visitors during the time he was meant to be working.

“He was in his office most of the day, and what I can tell you is he had visitors — female visitors. I don’t know if any were underage,” Edwards said. “The female visitors were there not for business. … It was sexual in nature.”

Brad Edwards says Jeffrey Epstein wasn’t really in jail while serving his sentence and had female visitors, who “engaged in very similar conduct to that which was described in the Palm Beach police report. It was sexual in nature.” https://t.co/4xnxPqR2mJ pic.twitter.com/CIcCTfMgjh

Edwards said he knew of one person that visited Epstein while he was out on work release who “believed they were going there for something other than a sexual purpose.”

“Once there, he used his perfect master manipulation to turn the situation into something sexual,” the lawyer said. “They came over under false pretenses and he manipulated them and now his attorneys have labeled them prostitutes.”

Edwards did not identify the name of the person who he said Epstein abused. (RELATED: Alex Acosta’s Team ‘Bent Over Backwards’ For Accused Child Sex Trafficker Jeffrey Epstein, 2007 Letter Said)

One deputy in Epstein’s work release detail that was tasked with staying in a reception room outside Epstein’s office told the Herald: “It was not our job to monitor what he was doing in that office.”

Edwards made the claim alongside his client, Courtney Wild, who said she was sexually abused by Epstein when she was 14 and has filed a lawsuit against the federal government for the sweetheart deal it hashed out with the financier in 2007. 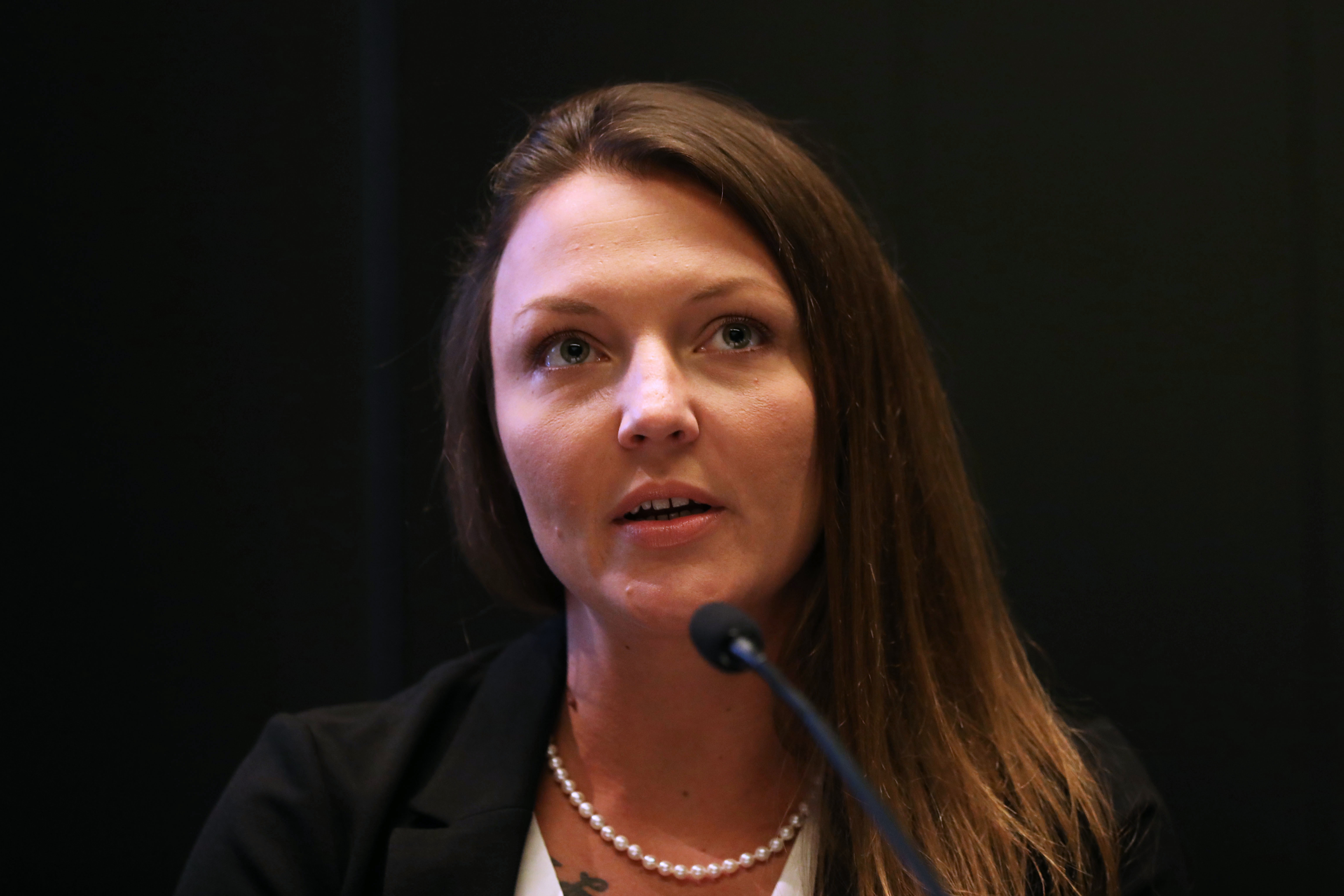 Courtney Wild, who claims she was abused by Jeffrey Epstein when she was a minor, speaks at a news conference with her legal team July 16, 2019 in New York City. (Photo by Spencer Platt/Getty Images)

Epstein’s lawyer said Monday that the accused sex trafficker is willing to post bail up to $100 million, but prosecutors are fighting to keep him behind bars as he awaits his trial, alleging that he’s already engaged in witness tampering by wiring $350,000 to two possible co-conspirators in recent months.

Wild said Epstein is “a scary person to have walking the streets” as she urged a federal judge Monday to not grant him bond.