Low-polling Democratic presidential candidate John Delaney denied a Friday report that his senior team asked him on July 9 to drop out of the 2020 race by the middle of August.

Reporter Alexi McCammond of Axios said three sources close to the campaign told her Delaney’s team sat him down and urged him to bow out, since he is unlikely to qualify for the third round of debates in September. He reportedly seemed open to the idea but wanted to participate in the July debates.

Delaney’s campaign disputed the report and Axios’ interpretation of Federal Election Commission (FEC) reports and campaign spending. The campaign said in a statement:

Alexi McCammond’s report on our campaign this morning is incorrect. No one on my team asked me to drop out of the race and I have no plans to drop out of the race. In addition, anyone who spent any time actually reading the FEC reports would see clearly that we did not spend $19 million on the campaign — we spent $9 million since we launched my Presidential campaign. Ms. McCammond is including a large interparty transfer in her calculations. This easy to confirm error puts the accuracy of the whole story in perspective.

Delaney, a former member of Congress representing Maryland, was the first Democrat to jump into the 2020 race in July 2017. But now he could be one of the first to drop out, even after visiting all 99 counties in Iowa, according to Axios. (RELATED: Here’s Who Is Going Head-To-Head Each Night Of The Upcoming Democratic Debates) 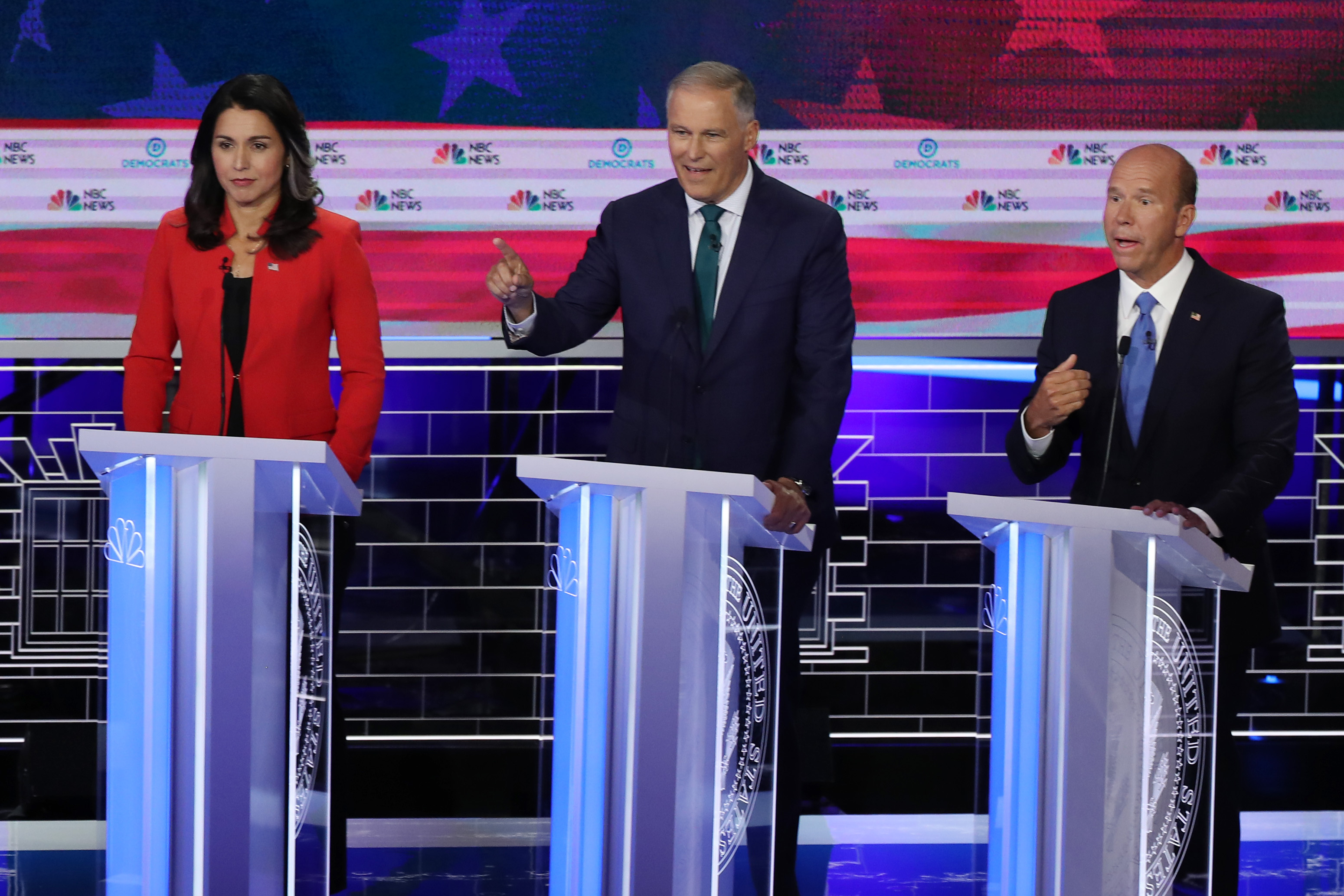 Axios quotes several people close to the campaign, one of whom pointed to Delaney’s performance in the first round of Democratic debates in June.

“There was no real breakout moment, which is what everyone in leadership had been hoping for,” a former staffer told Axios.

Delaney has spent nearly $10 million on travel, operations, personnel and other things, according to FEC filings Axios cited.

If he drops out, he’ll be the second candidate to do so after Democratic California Rep. Eric Swalwell tapped out on July 8. Former Colorado Gov. John Hickenlooper’s senior team reportedly tried to get him to drop out as well, according to a CNN report in early July.

Delaney’s campaign did not immediately respond to the Daily Caller News Foundation’s request for comment.