Yet the endurance of his legacy might be an open question. The Supreme Court signaled weeks before Stevens died Tuesday it might overturn one of his most significant opinions, a 1984 decision called Chevron v. Natural Resources Defense Council.

The Chevron case initially seemed like an arcane agency issue of little consequence. In the sweep of time, however, it became one of the most important precedents governing the power of federal agencies.

Supporters of Chevron say it ensures complex regulatory questions will be resolved by subject matter experts, instead of layman judges who are ill-equipped to parse complicated areas like pharmaceutical certification. They frame the approach as one of judicial humility and a recognition of the modest role courts should play in a society.

Its conservative critics counter that Chevron turns unelected bureaucrats into lawmakers and shields their decisions from judicial scrutiny.

Chief Justice John Roberts broached the possibility of a challenge to Chevron in a June case regarding another agency law issue. That case, Kisor v. Wilkie, concerned a related agency law doctrine called Auer, requiring courts to defer to an agency’s interpretation of its own regulation. Many observers expected the court to overturn that rule, but a narrower ruling emerged preserving it in a limited form.

Roberts wrote separately to address Chevron, given its similarity to Auer. Speaking in the understated parlance of the court, Roberts suggested that challenges to Chevron are fair game.

“Issues surrounding judicial deference to agency interpretations of their own regulations are distinct from those raised in connection with judicial deference to agency interpretations of statutes enacted by Congress,” the chief wrote, citing Chevron. “I do not regard the Court’s decision today to touch upon the latter question.” (RELATED: Elena Kagan Is Still Hopping Mad About The Supreme Court’s Gerrymandering Decision) 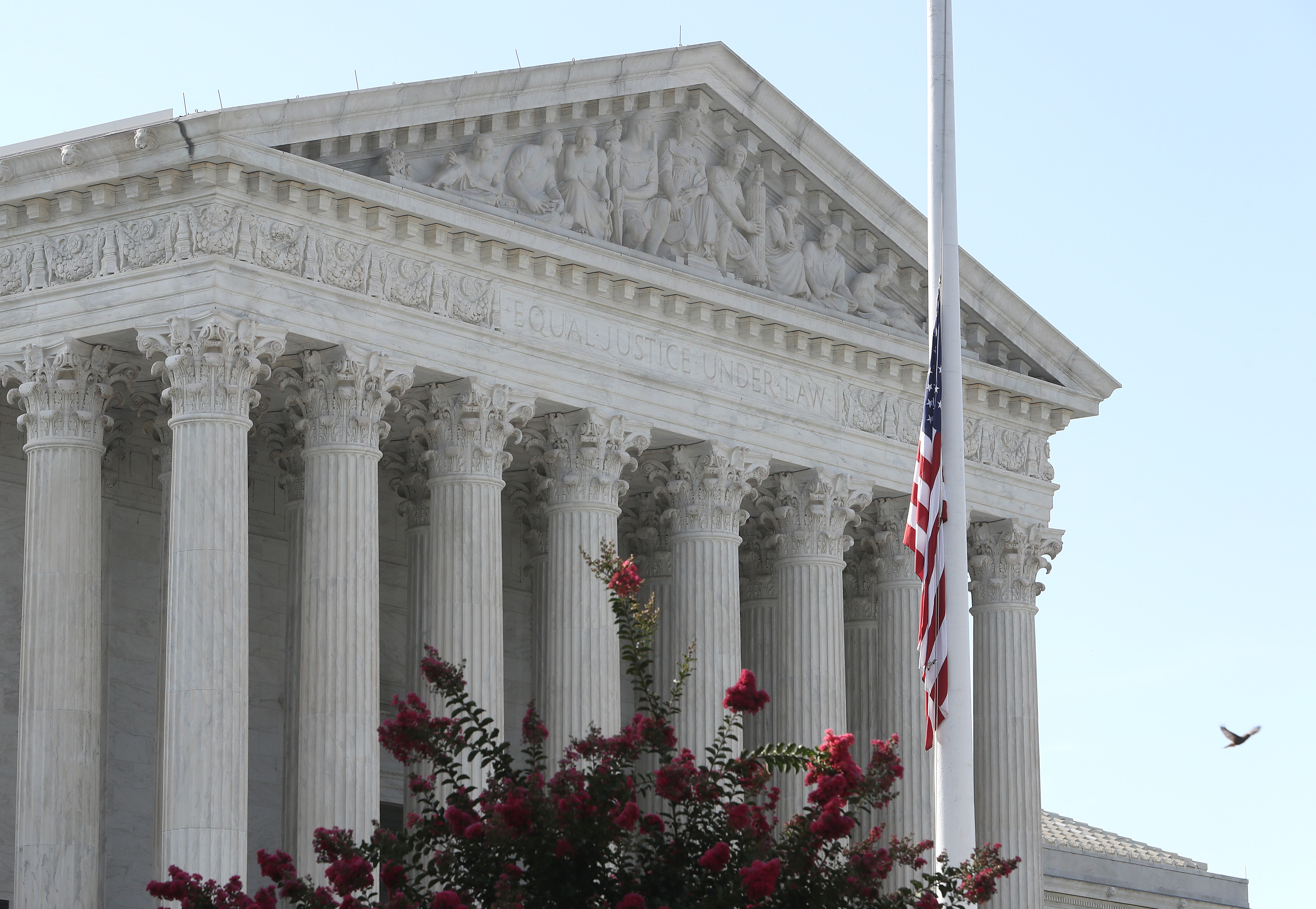 A flag at half-staff is pictured in front of the Supreme Court to honor Justice John Paul Stevens. (Mark Wilson/Getty Images)

Other conservatives have been far more explicit in their criticism. As a judge on the 10th U.S. Circuit Court of Appeals, Justice Neil Gorsuch wrote a separate opinion in 2016 suggesting the time had come to reconsider Chevron.

“The fact is Chevron … permit[s] executive bureaucracies to swallow huge amounts of core judicial and legislative power and concentrate federal power in a way that seems more than a little difficult to square with the Constitution of the framers’ design,” Gorsuch wrote.

Former White House counsel Don McGahn said the Trump campaign was particularly impressed with that opinion when it compiled its list of possible Supreme Court nominees.

Justice Clarence Thomas similarly said in a 2015 case there are serious questions about Chevron’s constitutionality.

“We seem to be straying further and further from the Constitution without so much as pausing to ask why,” he said. “We should stop to consider that document before blithely giving the force of law to any other agency ‘interpretations’ of federal statutes.”