House Speaker Nancy Pelosi reportedly cooled impeachment fires Wednesday and is not prepared to move forward with impeachment proceedings against President Donald Trump — at this time.

Pelosi shot down efforts by House Judiciary Committee Chairman Jerry Nadler to move immediately on impeachment against the president on Wednesday, according to a report published Thursday by Politico. 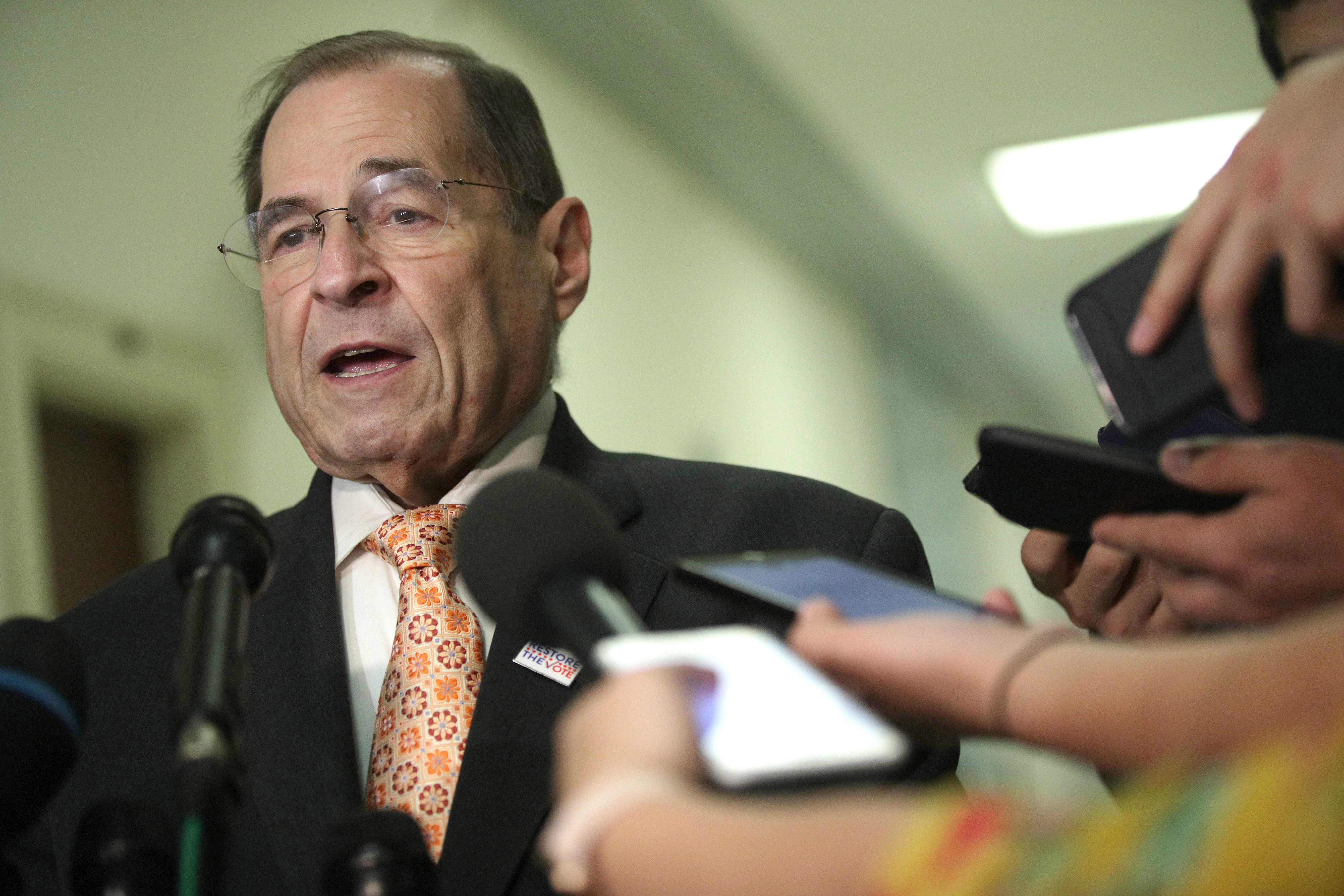 The discussion ensued during a caucus meeting that occurred after former special counsel Robert Mueller’s testimony in front of two House committees that was widely criticized as erratic, unfocused and unprepared.

Despite the disappointment that Mueller’s performance brought to the Democratic push to remove Trump, New York Rep. Nadler was still anxious to begin drafting articles of impeachment and said House committee chairs could immediately begin doing so, according to four Politico sources. (RELATED: Pelosi Says Trump ‘Is Goading Us To Impeach Him’)

California Rep. Pelosi reportedly said it was inappropriate to do so at this time, arguing for a “slow, methodical approach,” according to Politico.

Speaker of the House Nancy Pelosi (D-CA) answers questions during a press conference at the U.S. Capitol on July 11, 2019 in Washington, DC. (Win McNamee/Getty Images)

Nadler was apparently prepared for Pelosi’s objection, as he described to the Speaker how his committee could proceed without the support of the full House because California Democratic Rep. Brad Sherman has already filed articles of impeachment and these could be used to proceed.

Reportedly, the committee chairman was also ready to rebut arguments that impeachment is political dynamite that has little public support. Nadler suggested that impeachment was not initially support by a vast majority of Americans when President Richard Nixon was the target in 1973. (RELATED: Pelosi Reportedly Says Impeachment Too Good For Trump, Should Be ‘In Prison’)

Pelosi insisted that House Democrats should wait and see what results come from lawsuits that they have advanced in federal court that seek to disclose Trump’s personal finances and tax returns, according to Politico. She also noted that a successful impeachment would surely be defeated in a Republican-controlled Senate while it might set up the Democrats for failure in 2020.

The meeting reportedly ended with general agreement over the need to enforce a subpoena against former White House Counsel Don McGahn, who may have been directed to fire Mueller. Citing immunity, Trump ordered McGahn not to testify before Congress.