Speaker of the House Nancy Pelosi and Senate Minority Leader Chuck Schumer called for Senate Majority Leader Mitch McConnell to demand Senators come back from their August recess to address the mass shootings that occurred over the weekend.

“In February, the new Democratic House Majority promptly did its duty and passed the Bipartisan Background Checks Act of 2019, which is supported by more than 90 percent of the American people and proven to save lives,” Pelosi and Schumer said in a joint statement,” according to Politico on Monday.

“However, Senate Republican Leader Mitch McConnell has called himself the ‘grim reaper’ and refuses to act on this bipartisan legislation. It is incumbent upon the Senate to come back into session to pass this legislation immediately. It took less than three hours for the President to back off his call for stronger background check legislation. When he can’t mention guns while talking about gun violence, it shows the President remains prisoner to the gun lobby and the NRA,” the two continued.

“The public must weigh in and demand passage of this legislation for the safety of our children,” Pelosi and Schumer concluded. 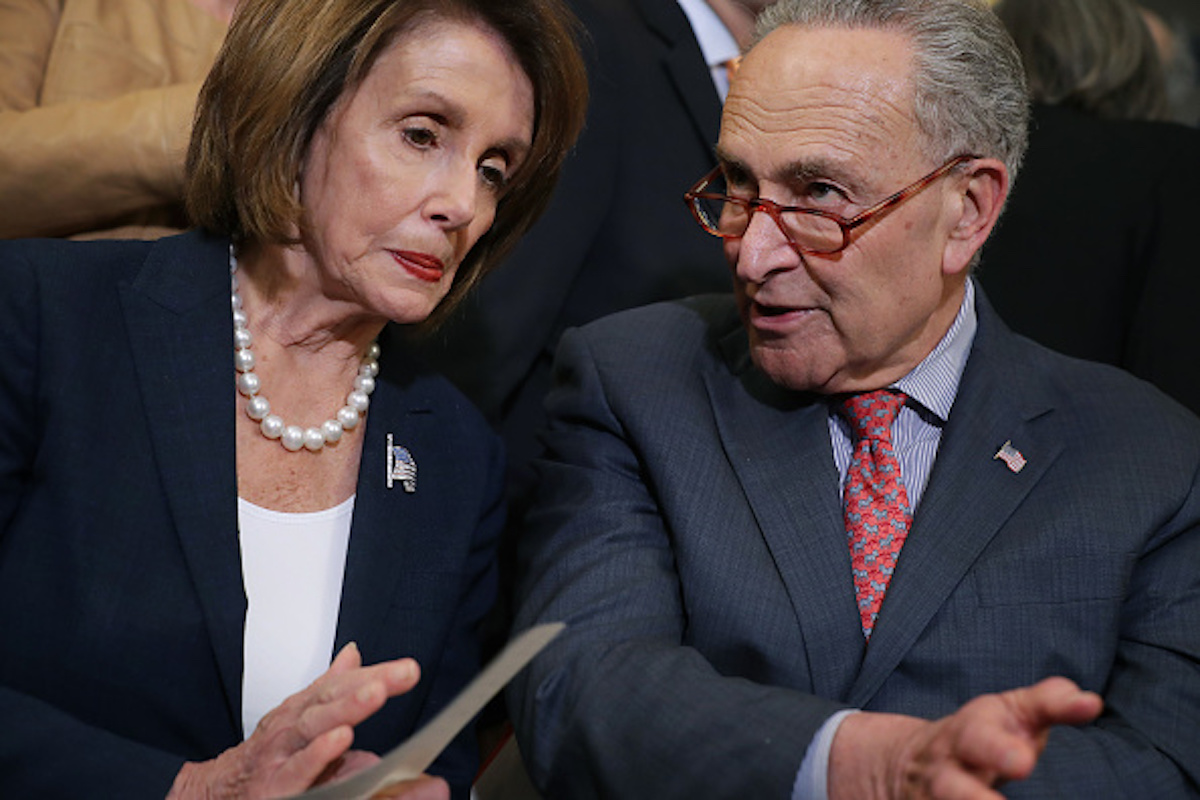 Speaker of the House Nancy Pelosi and Senate Minority Leader Charles Schumer lead a rally and news conference ahead of a House vote on health care and prescription drug legislation in the Rayburn Room at the U.S. Capitol May 15, 2019 in Washington, DC. (Photo by Chip Somodevilla/Getty Images)

Over the weekend, at least nine people are dead and 26 injured following a mass shooting in downtown Dayton, Ohio, early Sunday, according to police. Meanwhile, on Saturday, 21 people were killed in a shooting in an El Paso, Texas, shopping area Saturday.

McConnell fell outside his home Sunday and fractured his shoulder in Louisville, Kentucky. The Senate Majority Leader was briefly hospitalized after the fall. This comes after he traveled to Kentucky on Friday to spend recess in his home state. (RELATED: Mitch McConnell Falls Outside His Home, Fractures Shoulder)

President Donald Trump condemned white supremacy following the two mass shootings over the weekend, one of which was reportedly carried out by a white supremacist.