Kim said the test was “an occasion to send an adequate warning to the joint military drill now underway by the U.S. and South Korean authorities,” Reuters reported, citing the state-operated Korean Central News Agency (KCNA). 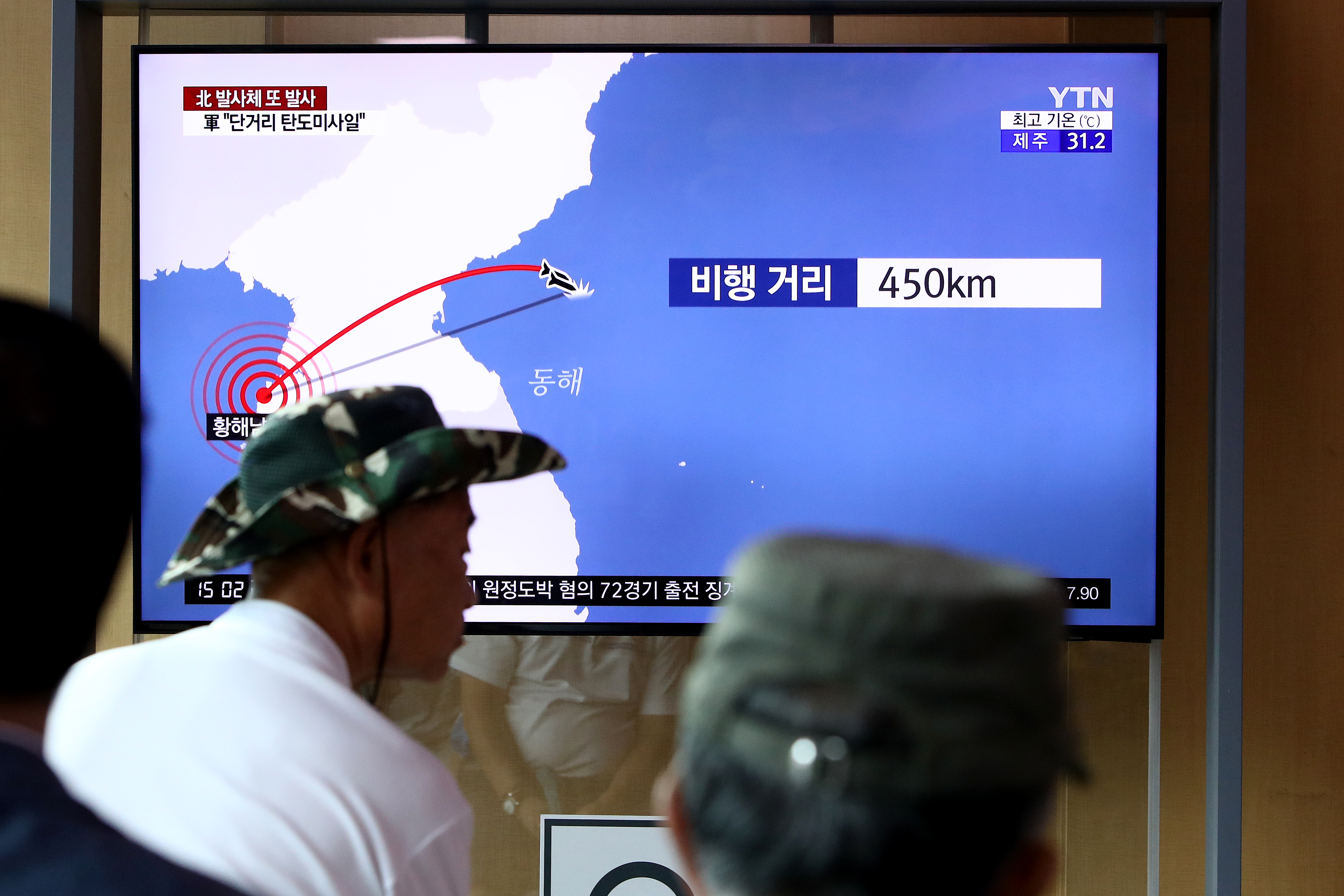 People watch a TV showing a file image of a North Korea’s missile launch at the Seoul Railway Station on August 06, 2019. (Photo by Chung Sung-Jun/Getty Images)

The news agency added that the tests “clearly verified the reliability, security and actual war capacity” of the country’s missiles.

U.S. Defense Secretary Mark Esper said Tuesday that the United States will not overreact to North Korea’s missile tests, according to Reuters.

Earlier in July, North Korea issued a different warning to South Korea and the United States, saying that if they failed to cancel a joint military drill scheduled to begin this week, the country would stall peace talks with Washington, The New York Times reported.

As an alternative to large-scale military drill procedures that were supposed to take place, the U.S. and South Korea kicked off their digital “alliance” exercises this week instead in an effort to encourage more peace talks with North Korea, according to Reuters.

“South Korea has agreed to pay substantially more money to the United States in order to defend itself from North Korea,” President Donald Trump wrote Wednesday on Twitter. “Over the past many decades, the U.S. has been paid very little by South Korea, but last year, at the request of President Trump, South Korea paid $990,000,000.”

…Talks have begun to further increase payments to the United States. South Korea is a very wealthy nation that now feels an obligation to contribute to the military defense provided by the United States of America. The relationship between the two countries is a very good one!

“Talks have begun to further increase payments to the United States. South Korea is a very wealthy nation that now feels an obligation to contribute to the military defense provided by the United States of America. The relationship between the two countries is a very good one!” he continued.

1
Bloomberg Office Vandalized, Campaign Immediately Suggests Bernie Sanders Is To Blame
Politics
2
Trump Name Drops Matt Drudge At Colorado Rally: 'He's Starting To Like Me Again'
Media
3
Roger Stone Files Motion To Disqualify Judge Handling His Case
US
4
We Checked In With Post-Impeachment Adam Schiff, And As Expected, He's Gone A Little Mad
Editorial
5
'I'm Hoping For Track To Just Become Fair Again': Teenager At Center Of Transgender Lawsuit Is Fighting Back. Here's What She Had To Say
US