Four lawmakers, three Republicans and a Democrat, sent letters to the Treasury Department asking it to look into taking action on Kuwaiti officials in response to the detention of Christian businesswoman and Russian national Marsha Lazareva.

Republican Arizona Rep. Paul Gosar sent the most recent letter Aug. 2 asking for an investigation under the Global Magnitsky Human Rights Accountability Act into Kuwait’s imprisonment of Lazareva for over a year on what he characterized as “false charges.”

“The United States should never turn a blind eye to human rights abuses and credible allegations of prosecutorial misconduct, especially when it affects American citizens. The U.S. government should not tolerate this behavior from a trusted ally, and must do everything possible to reunite Ms. Lazareva with her son,” Gosar told the Daily Caller News Foundation on Wednesday. (RELATED: Mike Pence Says He Is Open To Sanctioning Chinese Officials Over Muslim Internment: Report)

“An innocent woman was unjustly imprisoned for 474 days,” Nicholson told the DCNF. “She is now out on bail, but continues to be the subject of harassment by Kuwaiti officials, and is unable to return with her family to the U.S. This is preventing her sick mother from receiving treatment for cancer, and preventing her son from going to school. This clearly calls for pursuing U.S. sanctions against the individuals responsible, and I’m pleased to see so many members of Congress now raising their voices in support of Ms. Lazareva’s plight.” 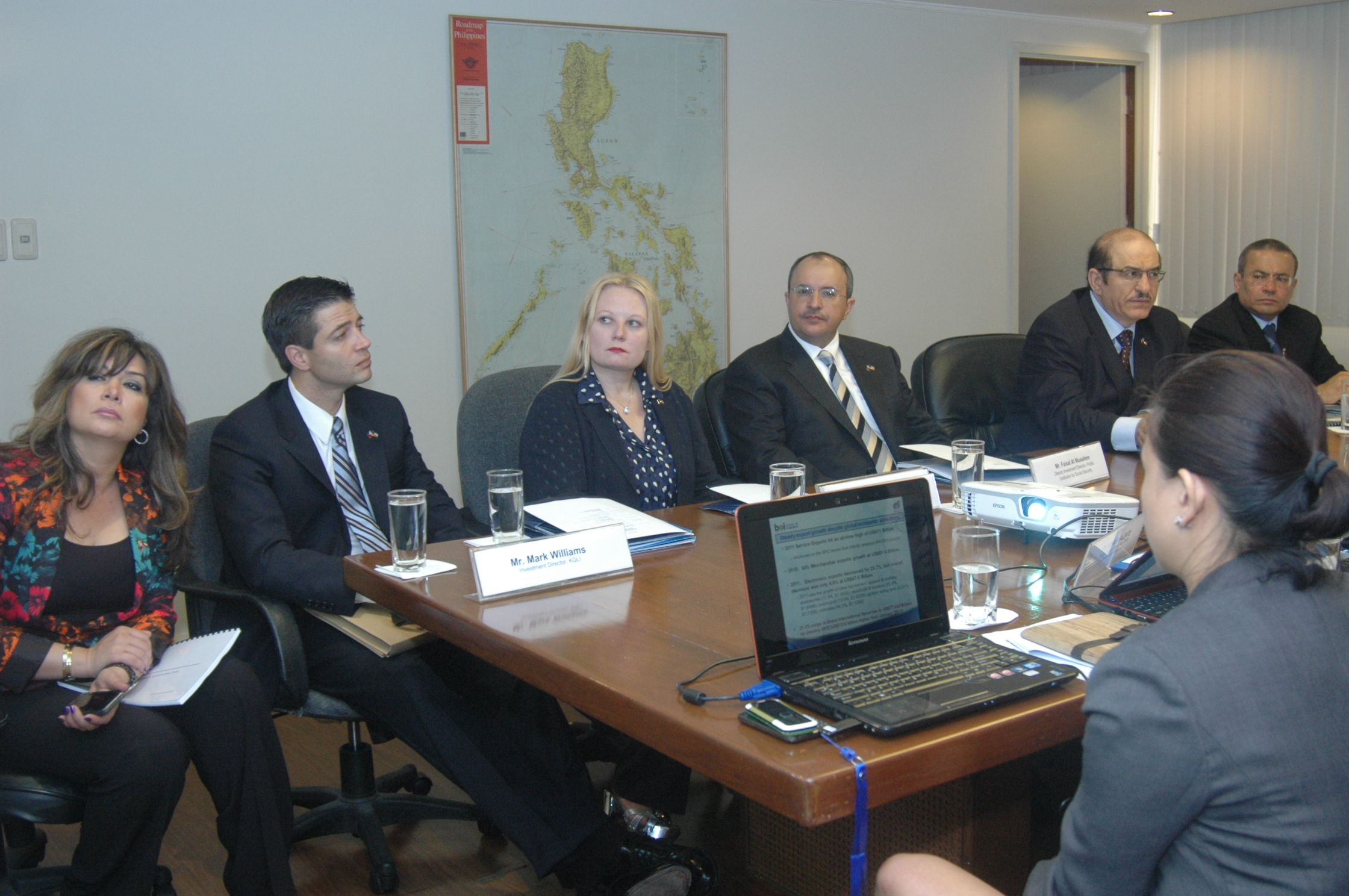 Marsha Lazareva (third from left) attends a meeting related to the naming of the Global Gateway Logistics City in honor of the Amir of Kuwait in March 2012. Courtesty of KGL Investment

Republican Sen. Roger Wicker of Mississippi and Rep. Steve Chabot of Ohio sent a letter to the Treasury on April 25. They requested that Treasury Secretary Steven Mnuchin investigate six senior Kuwaiti officials they say were involved in Lazareva’s detainment, including the country’s attorney general, a judge and a prosecutor. Lazareva, whose young son Yvan is a U.S. citizen, was sentenced to 10 years in prison for misappropriating funds in a Kuwaiti court May 6, 2018.

Lazareva was still in Kuwait’s Sulaibiya prison when Wicker and Chabot sent their letter, which stresses her need to care for her son, who is about kindergarten age. She has since been released and reunited with her son but is still stuck in Kuwait because of a travel ban.

“Bush — the son of the U.S. president who liberated Kuwait — has also traveled to Kuwait on three separate occasions to discuss this situation. He was denied a meeting with Amir Sabah Amad al-Sabah [the country’s leader] each time,” their letter said. 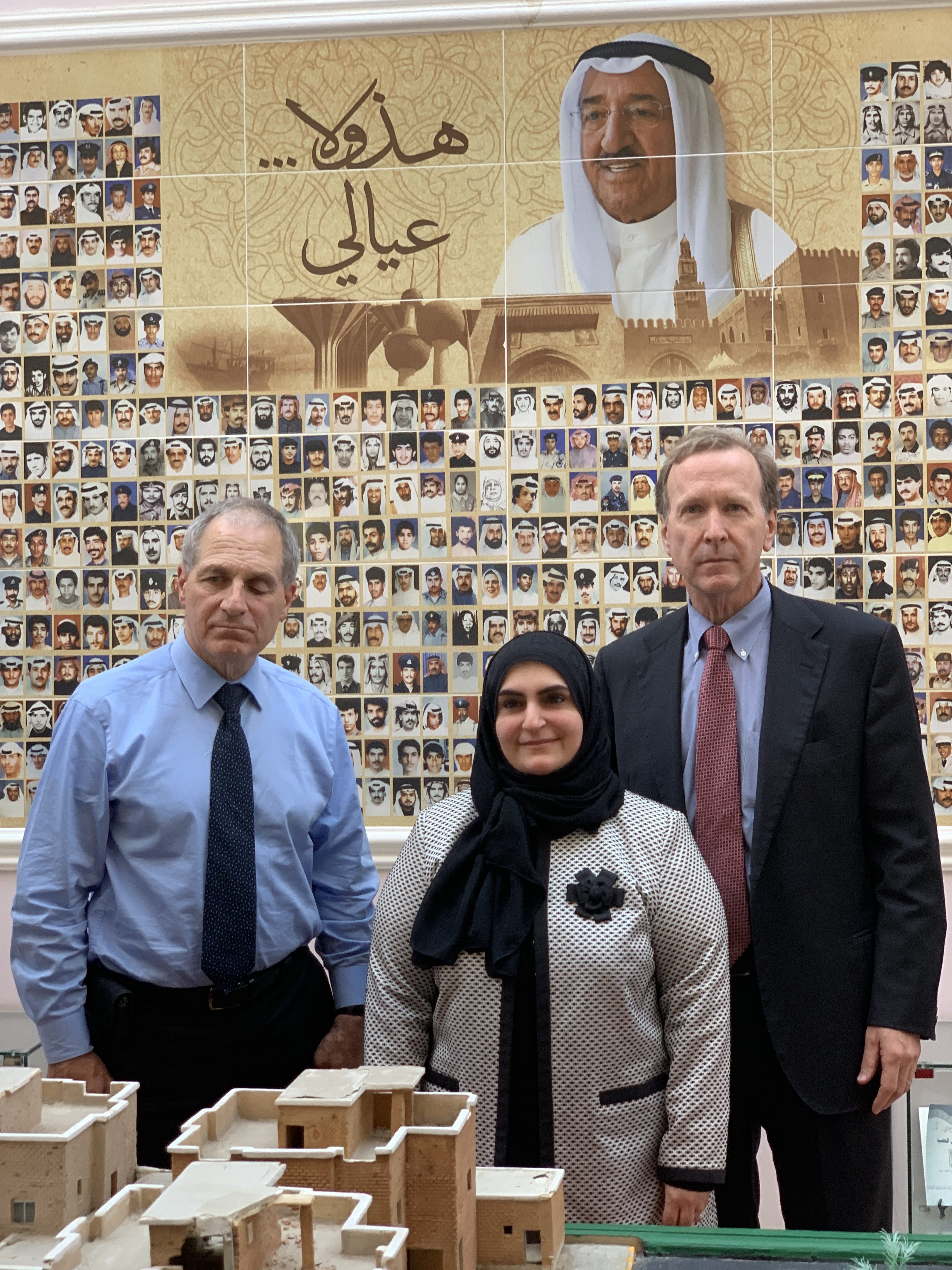 Democratic Pennsylvania Rep. Madeleine Dean wrote to the Treasury on June 28 and pointed out that Yvan is a constituent from her district. She asked for an investigation into the same six senior Kuwaiti officials, two of whom are members of the country’s ruling family, reported Forbes.

“The Kuwait government has failed to address these matters and the United States should not tolerate this behavior,” Dean wrote.

Lazareva and another business executive, Saeed Dashti, were caught up in the same accusation and posted an eye-popping $33 million in joint bail.

Authorities accused Lazareva of being involved in embezzling $496 million from Kuwaiti government investors in 2017. The money was actually frozen in a bank in the United Arab Emirates and released in February, reported Forbes.

A judge ordered their conviction overturned because they were not allowed the opportunity to present a defense, David Hammond of law firm Crowell & Moring told the DCNF in a phone interview in June. The firm is working on Lazareva’s behalf.

Lazareva held a U.S. green card prior to being detained in Kuwait, her team told the DCNF.

The Kuwaiti Embassy in the U.S. did not respond to the DCNF’s request for comment at the time of publication. The Treasury Department declined to comment.