“We are protesting the camps at the border and the children being separated from their parents,” Miriam Bernstein, a resident of Brooklyn, said to CBS2 Saturday amid the demonstration. The protesters temporarily blocked a section of Manhattan’s West Side highway, holding signs and chanting against the government’s recent crackdown on illegal immigration.

The location of the protest was chosen due to its proximity to a nearby ICE office.

“I am absolutely infuriated by children being broken up and split from their families as our government detains people rounded up all these immigrants last week,” Nikki Blazek, another protester, said to CBS2.

At the demonstration’s apex, all highway lanes in both directions were blocked — prompting law enforcement to arrest many of the protesters. Those apprehended were loaded onto police buses and face disorderly conduct charges. Eventually, local authorities were able to reopen the road.

The protest was in reaction to a massive ICE raid on Aug. 7 involving seven food processing facilities across the state of Mississippi. Agents apprehended 680 individuals suspected of living and working in the U.S. illegally — marking the agency’s biggest single-state raid in U.S. history.

New York City was not the only place to witness protests in reaction to the ICE raids.

Children and young adults belonging to Sacred Heart Catholic Church in Canton, Mississippi, took to the streets Sunday and marched in opposition to the immigration raids. The protesters argued the current U.S. immigration system needs to be changed. 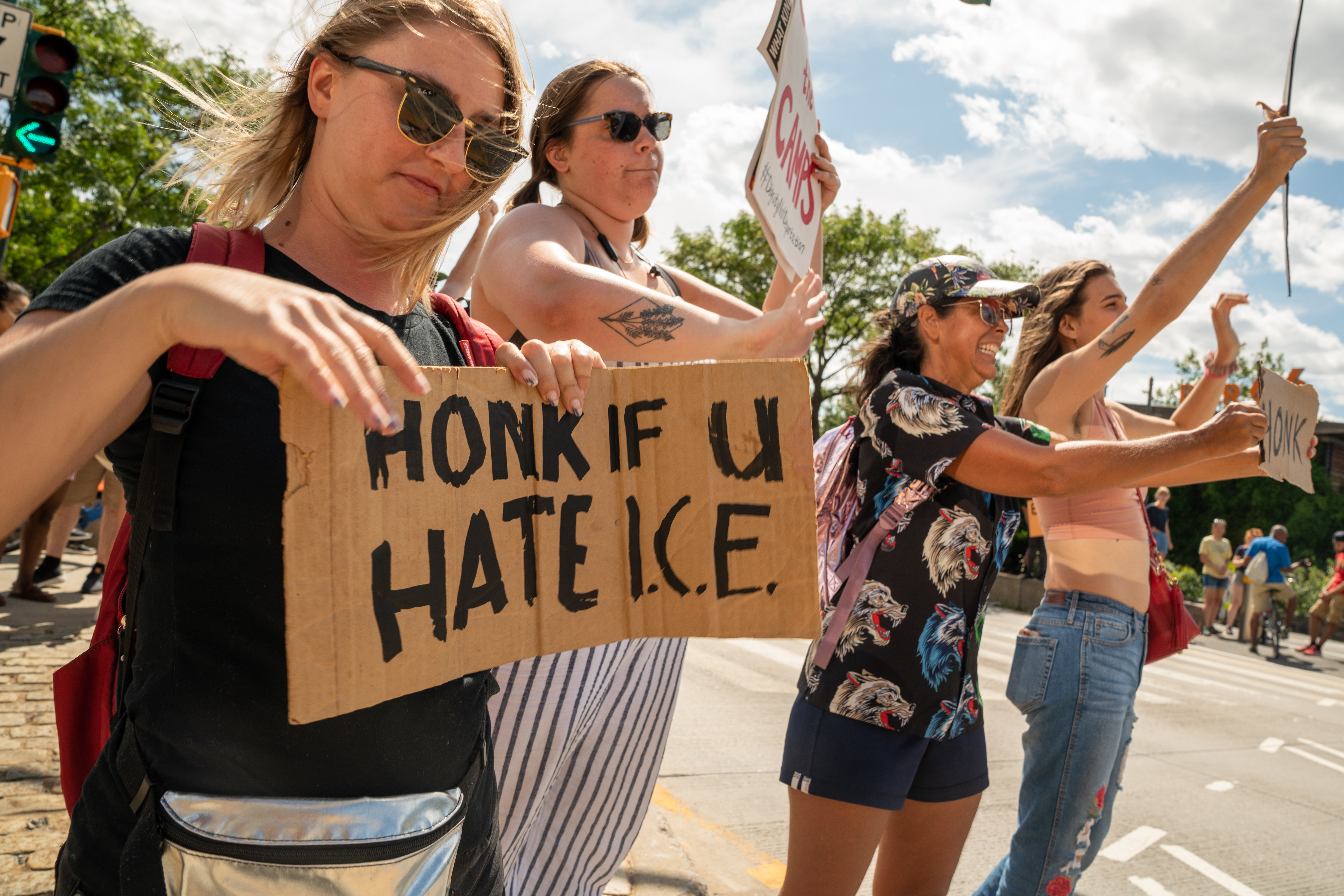 “Imagine coming home and not finding your parents,” Dulce Basurto-Arce, an 18-year-old college student, said according to The Associated Press. “We are marching so no other kid has to go through what we went through. Let our voices be heard!”

The Mississippi raids have generated controversy, however, agency leaders within the Department of Homeland Security defended the operation.

“We still have to apply consequences, meaning enforce the rule of law, for those individuals that are here illegally against immigration law,” Customs and Border Protection Acting Commissioner Mark Morgan said Sunday, making clear that all illegal aliens — not just those with criminal convictions — are subject to the government’s immigration laws. (RELATED: White House Approves Rule That Penalizes Immigrants Who Use Public Benefits)

Acting Department of Homeland Security Secretary Kevin McAleenan said Sunday the timing of the raids were “unfortunate.” He also noted the operation had been planned for over a year.