President Donald Trump thanked Newsmax TV host Wayne Allyn Root Wednesday for saying he is “the greatest President for Jews,” who love him like “the King of Israel.”

Root’s comments came from a Tuesday broadcast of Newsmax during when he also said “75[%] of all Jews vote Democrat.”

“Thank you to Wayne Allyn Root for the very nice words,” the president tweeted before adding the quote from Root.

“‘They love him like he is the second coming of God … But American Jews don’t know him or like him. They don’t even know what they’re doing or saying anymore. It makes no sense! But that’s OK, if he keeps doing what he’s doing, he’s good for all Jews, Blacks, Gays, everyone. And importantly, he’s good for everyone in America who wants a job,'” the quote concluded.

…..all Jews, Blacks, Gays, everyone. And importantly, he’s good for everyone in America who wants a job.” Wow! @newsmax @foxandfriends @OANN 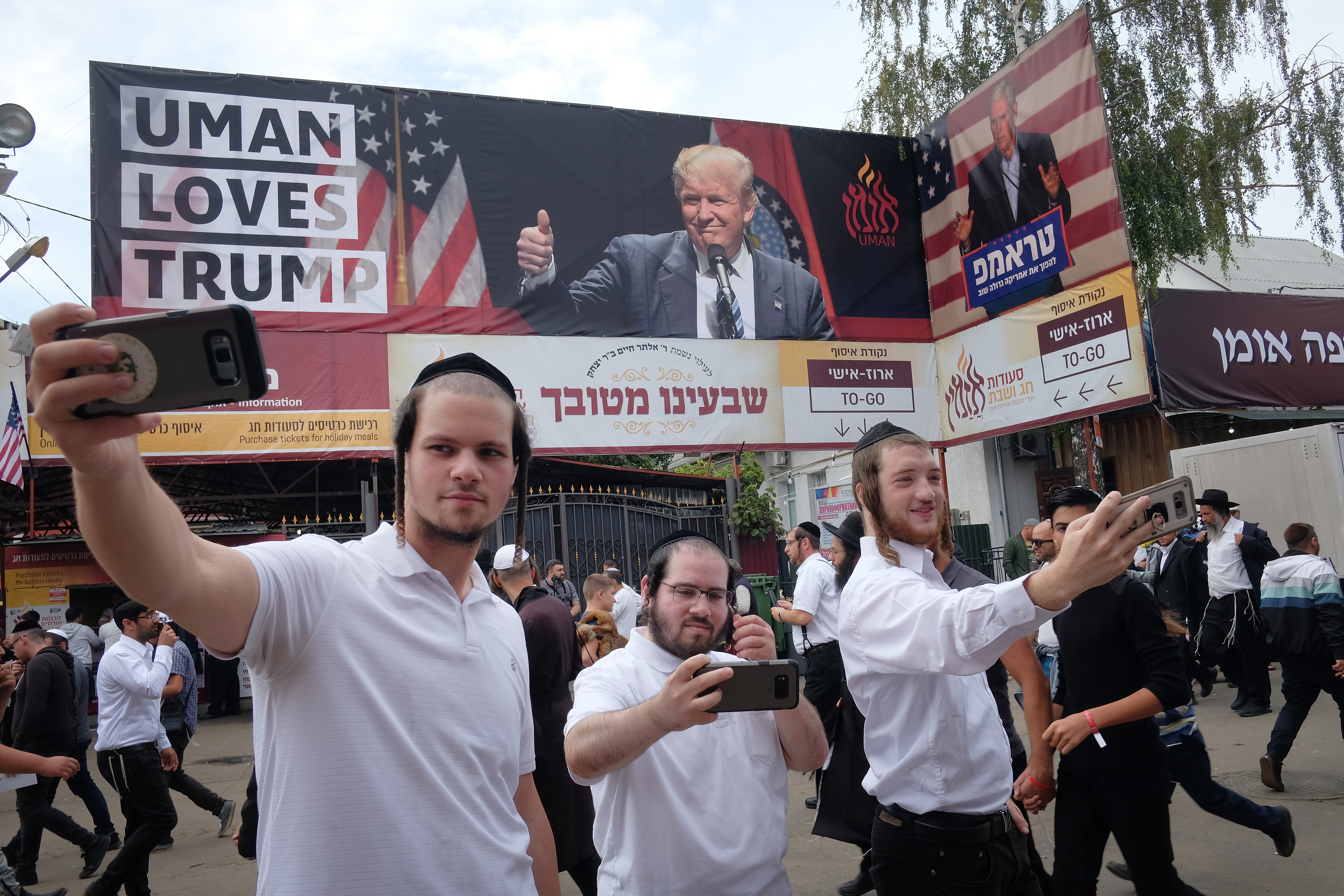 Hassidic Jews shoot selfies under a banner that reads: “Uman Loves Trump,” in reference to U.S. President Donald Trump, who is popular among Orthodox Jews … on September 9, 2018 in Uman, Ukraine. (Photo by Sean Gallup/Getty Images)

Root’s comments come a day after Trump told reporters in the Oval Office that Jewish Americans who vote for Democratic candidates have “a total lack of knowledge or great disloyalty” to the U.S.

The president added during his Tuesday meeting that he didn’t “buy” the moment when Democratic Michigan Rep. Rashida Tlaib cried at an Aug. 19 press conference discussing Israel’s decision to bar her and Democratic Minnesota Rep. Ilhan Omar from entering the country.

Root has been outspoken in his beliefs that Jewish people should leave the Democratic Party. He has also called Trump the “first Jewish president” in an op-ed published by Fox News in November 2016. (RELATED: Jewish Leaders Invited To White House As Democrats Face Accusations Of Anti-Semitism)