President Donald Trump weighed in Thursday after reports that Israel planned to ban Democratic Reps. Ilhan Omar of Minnesota and Rashida Tlaib of Michigan from entering the country for a trip scheduled to start Friday.

“It would show great weakness if Israel allowed Rep. Omar and Rep. Tlaib to visit. They hate Israel [and] all Jewish people, [and] there is nothing that can be said or done to change their minds. Minnesota and Michigan will have a hard time putting them back in office. They are a disgrace!” Trump wrote Thursday on Twitter.

It would show great weakness if Israel allowed Rep. Omar and Rep.Tlaib to visit. They hate Israel & all Jewish people, & there is nothing that can be said or done to change their minds. Minnesota and Michigan will have a hard time putting them back in office. They are a disgrace!

The congresswomen are supporters of the Boycott, Divestment and Sanctions (BDS) movement, meaning that under Israeli law they can be banned from entry. However, Israeli Ambassador to the U.S. Ron Dermer said in July that Omar and Tlaib would be allowed in out of respect for the U.S. as Israel’s ally, according to The New York Post.

But Israel may be reversing course, according to Israel’s local Channel 12 in a report that has been picked up by an international array of outlets including Business Insider and The Washington Post. (RELATED: Lawmakers From Both Parties Request Action From Treasury To Help Businesswoman Stuck In Kuwait) 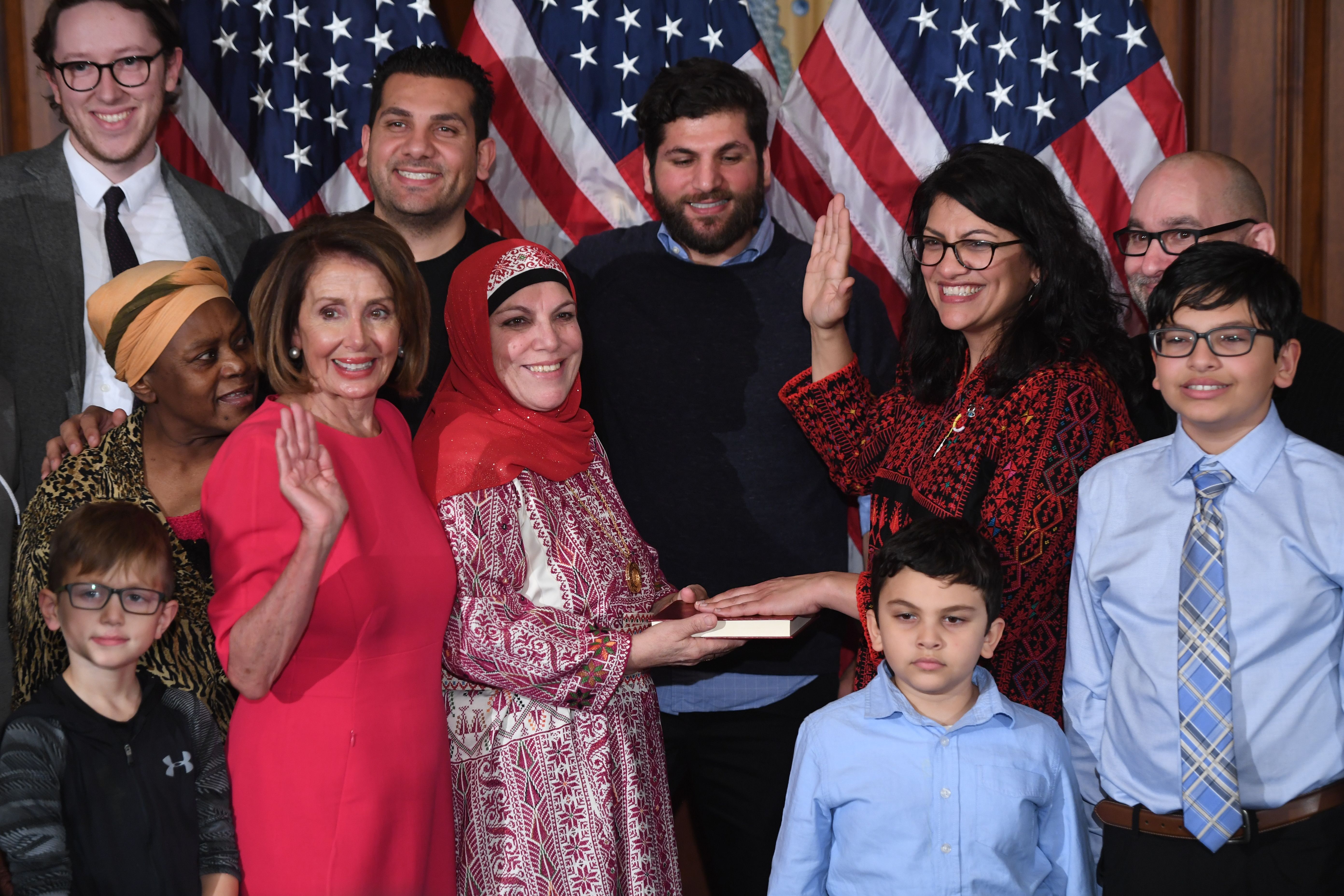 Rep. Rashida Tlaib participates in a ceremonial swearing-in from Speaker of the House Nancy Pelosi at the start of the 116th Congress at the U.S. Capitol in Washington, D.C., Jan. 3, 2019. (SAUL LOEB/AFP/Getty Images)

Interior Minister Aryeh Deri reversed course because of the congresswomen’s support for BDS, according to the report. Israeli officials had been preparing for Omar and Tlaib’s visit and potential interest in visiting the Temple Mount in Jerusalem, which is sacred to both Jewish and Muslim people, Axios reported Wednesday. Both Muslim worshippers and Israeli police were wounded when Palestinians threw rocks at police escorting a small group of Jewish people to the Temple Mount Sunday, reported The Associated Press.

Trump’s take on Omar and Tlaib’s planned visit to Israel comes after numerous instances of vehement criticism of the women and their politics, including his ill-received “why don’t they go back” remarks in July. Trump said four progressive members of Congress including Omar and Tlaib should apologize to Israel.

Trump was unhappy when Israel first allowed Omar and Tlaib to visit, Israel’s Channel 13 reported, but White House press secretary Stephanie Grisham denied that Trump had anything to do with Israel’s reversal, Axios reported on Aug. 10.

Omar and Tlaib are the first two Muslim female members of Congress. Tlaib’s parents emigrated from Palestine according to BI. An anonymous Israeli official told WaPo that Israel would “favorably” consider a special humanitarian request to visit her family in the occupied West Bank.