The White House formally announced President Donald Trump’s intention to nominate Eugene Scalia for labor secretary Tuesday, over one month after the president floated his plans on Twitter.

Scalia is a Labor Department veteran who practices employment law in the Washington offices of Gibson, Dunn & Crutcher. He is the son of the Supreme Court Justice Antonin Scalia.

The Scalia nomination has divided interest groups along familiar lines. The pro-business lobby appears generally supportive of the Scalia pick, while organized labor is wary.

“Gene Scalia is an excellent choice to serve as secretary of labor, especially as the department completes work on several critical rule makings,” said Glenn Spencer, the Chamber of Commerce’s senior vice president for employment policy. “He is whip smart and knows the department’s mission and operations well from prior service as solicitor. Together with Pat Pizzella, DOL is in good hands.”

“[Scalia’s] record, both in private law practice and as the Labor Department’s top attorney, indicates support for unchecked corporate power and neglect of the welfare of working people,” Saunders said. “AFSCME members will be watching closely during his confirmation hearing to see if he would lead the Labor Department in a way that is consistent with its mission.” (RELATED: Trump Asks Supreme Court For Clearance To Enforce Tough Asylum Rules, Citing ‘Unprecedented Surge’) 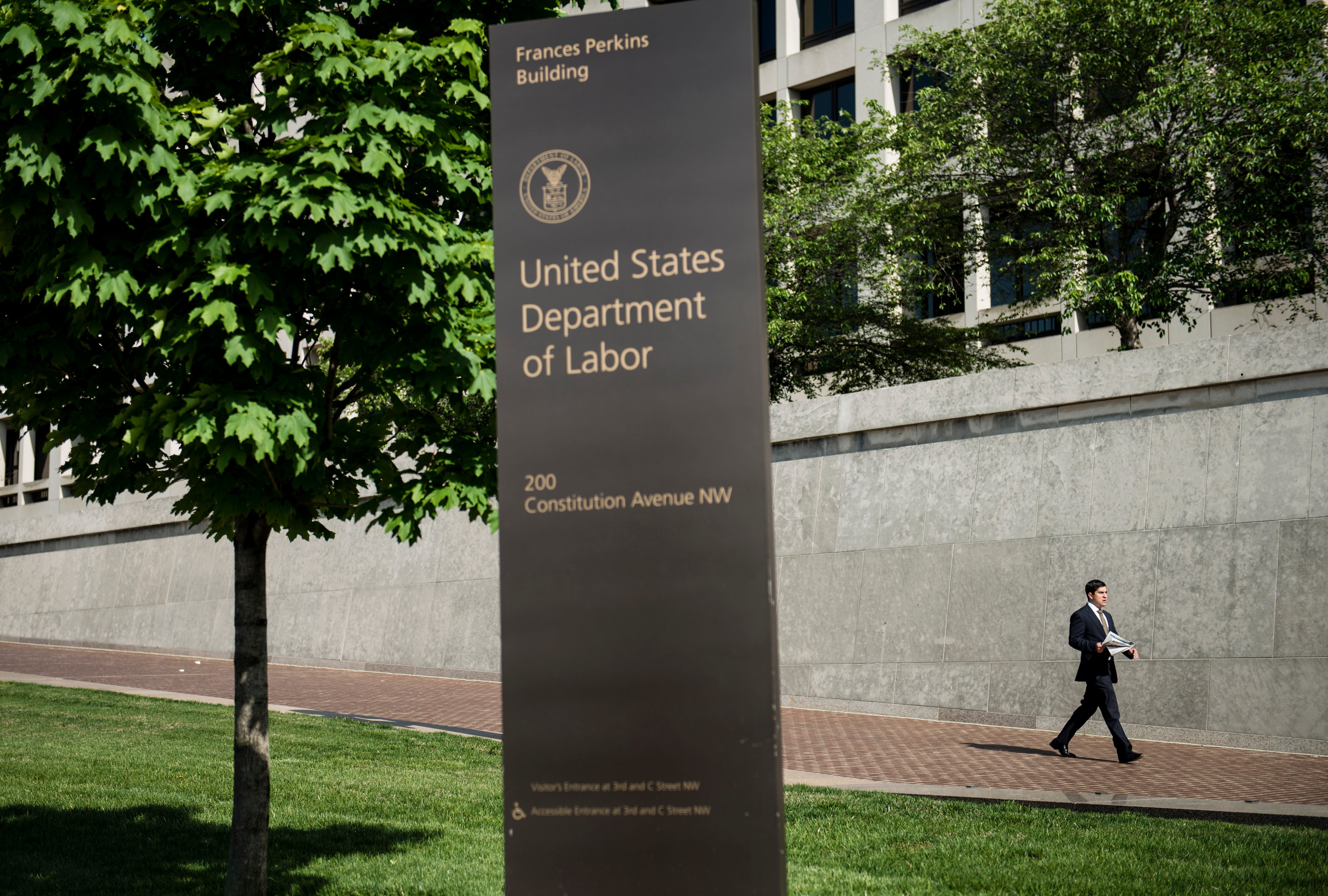 The Department of Labor as seen on May 3, 2013. (Brendan Smialowski/AFP/Getty Images)

Scalia is thought to be more friendly to the administration’s deregulatory priorities than his would-be predecessor Alex Acosta, who resigned as labor secretary in July. Acosta stepped down due to renewed scrutiny of a non-prosecution agreement he helped broker for the late Jeffrey Epstein as a federal prosecutor in Florida.

If confirmed, the post would be Scalia’s second tour at DOL. He served as Labor Department solicitor, the agency’s top lawyer, on an acting basis from 2002 to 2003. He is a graduate of the University of Chicago Law School.