A search for directions to The Pentagon using Google Maps led to a 9/11 conspiracy-theory-style Facebook that has been deleted since its discovery on Wednesday.

The Facebook event titled, “Storm The Pentagon To See If 9/11 Was An Inside Job,” scheduled to take place on Wednesday and Thursday during the 18th anniversary of 9/11, has been taken off the social media site, but Google Maps was still advertising the event below a search for The Pentagon as of Wednesday afternoon.

Google has since deleted the event, and a spokesperson told the Daily Caller News Foundation, “Events on Google Maps are pulled from a variety of third-party sources online. In this case, a fake event was pulled from one of our sources. When we were made aware of the issue, we took action to remove it quickly. ”

An initial search of The Pentagon showed the building’s location along with a link to the conspiracy-theory event: 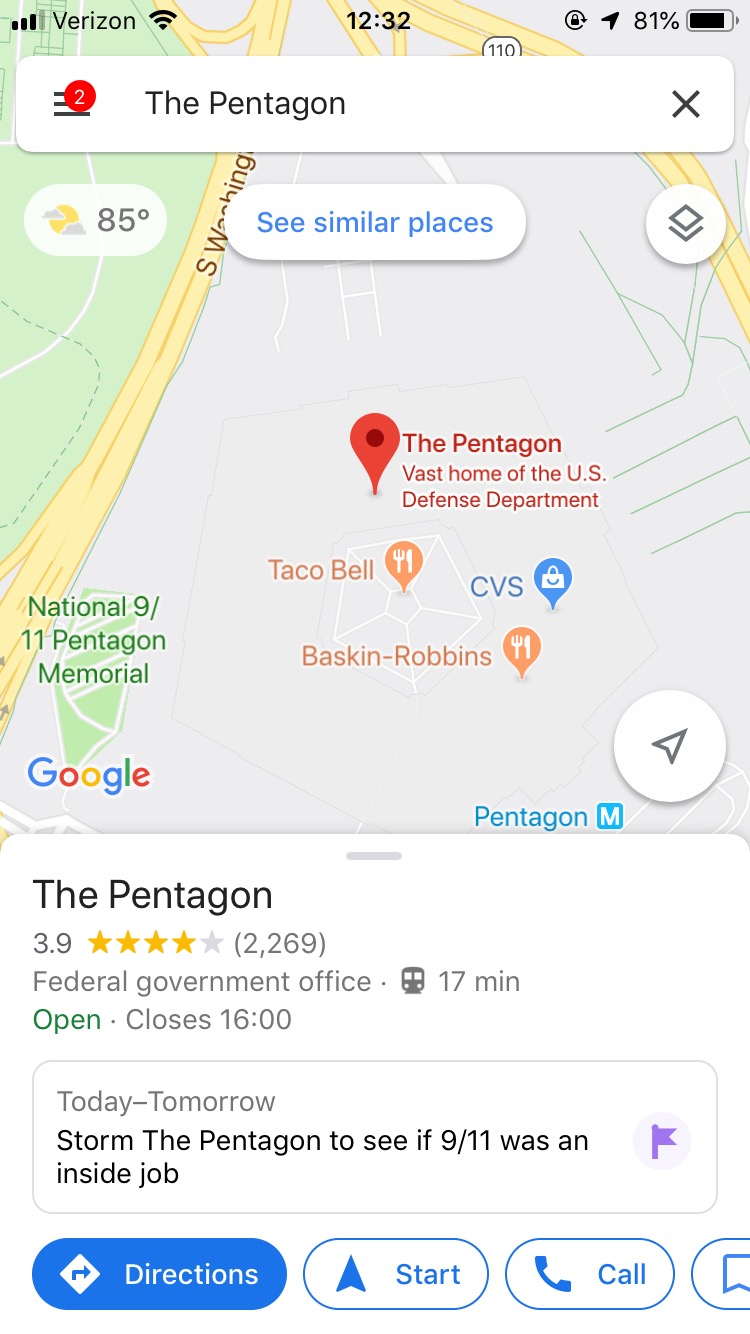 After clicking on the event title, Google Maps directed users to more information on the event, including dates (Sept. 11 and 12): 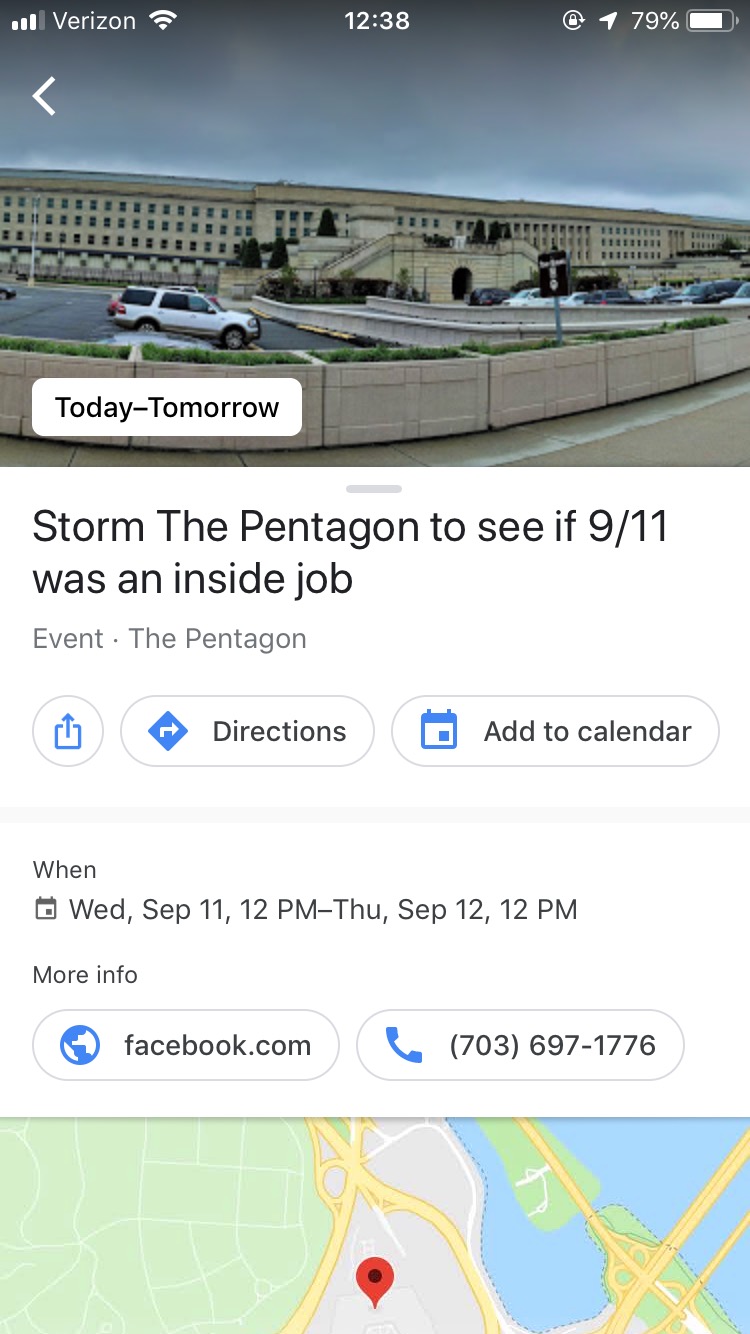 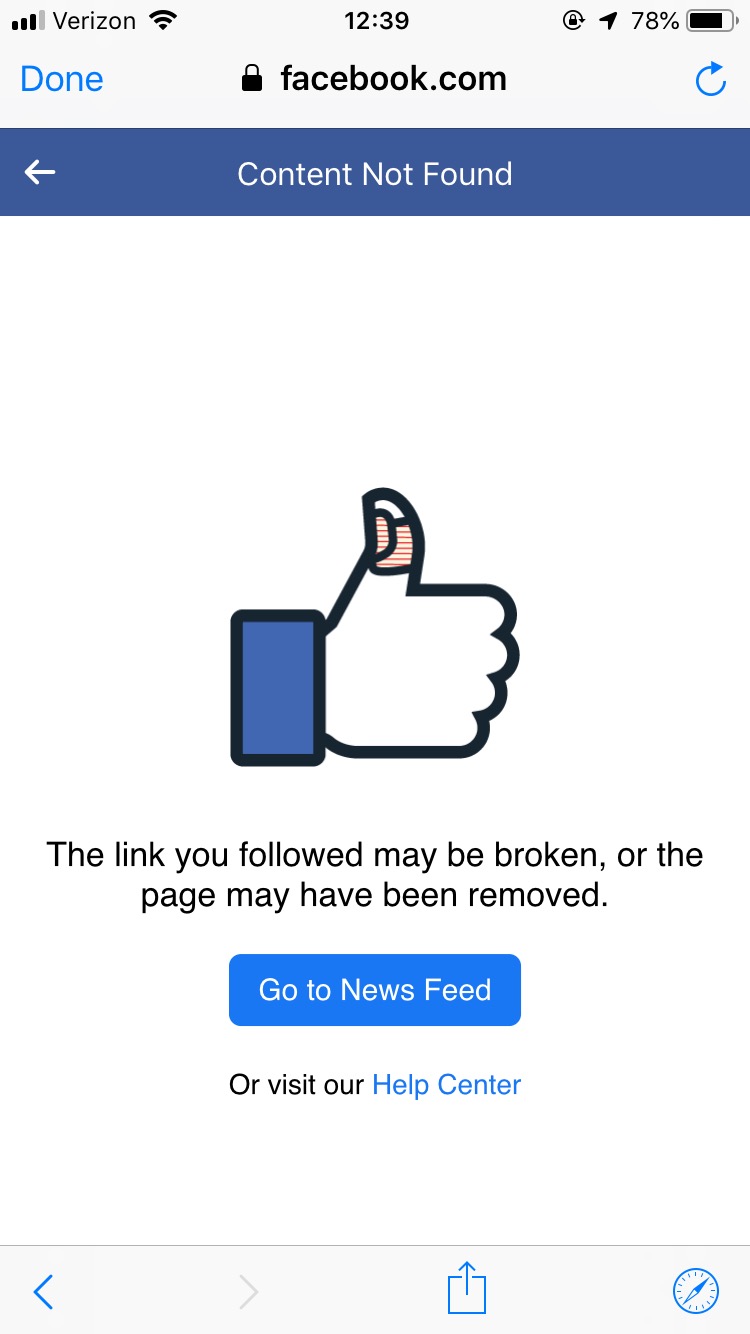 Reports of the Google Maps discovery come on the 18th anniversary of the Sept. 11, 2001, attacks on the World Trade Center and Pentagon that left a total of nearly 3,000 people dead, 125 of whom died in The Pentagon.

President Donald Trump gave remarks at The Pentagon on Wednesday to honor those who died and served on Sept. 11 nearly two decades ago. (RELATED: Son Of 9/11 Victim Reads Names Of Those Killed Wearing ‘Some People Did Something’ Shirt)

The Defense Department did not immediately respond to the DCNF’s request for comment.

Editor’s note: This article has been updated to include a comment from Google confirming the conspiracy event has been deleted form Google Maps.