A federal judge temporarily blocked California’s law requiring presidential candidates to disclose their tax returns in order to gain a spot on the primary ballot Thursday.

The California law would require any candidate running for president or governor to give the IRS tax forms for the past five years, after which portions of them would be edited for public viewing, the Los Angeles Times reported. This could be an issue for President Donald Trump as he runs for president again in 2020 because he has refused to disclose his tax returns, despite efforts by Democrats to force his hand.

A final ruling on the law, signed by Democratic Gov. Gavin Newsom in July, will be issued by the end of September, U.S. District Judge Morrison England Jr. said, according to the LA Times. The temporary order was issued Thursday because it would cause “irreparable harm without temporary relief” for Trump and other candidates, England added.

There have been five lawsuits since Newsom signed the bill, the LA Times reported. A decision on whether to appeal will be made after the written ruling is issued, California Secretary of State Alex Padilla said. He is a defendant in the lawsuits. (RELATED: Eight Years Of Trump’s Tax Returns Subpoenaed) 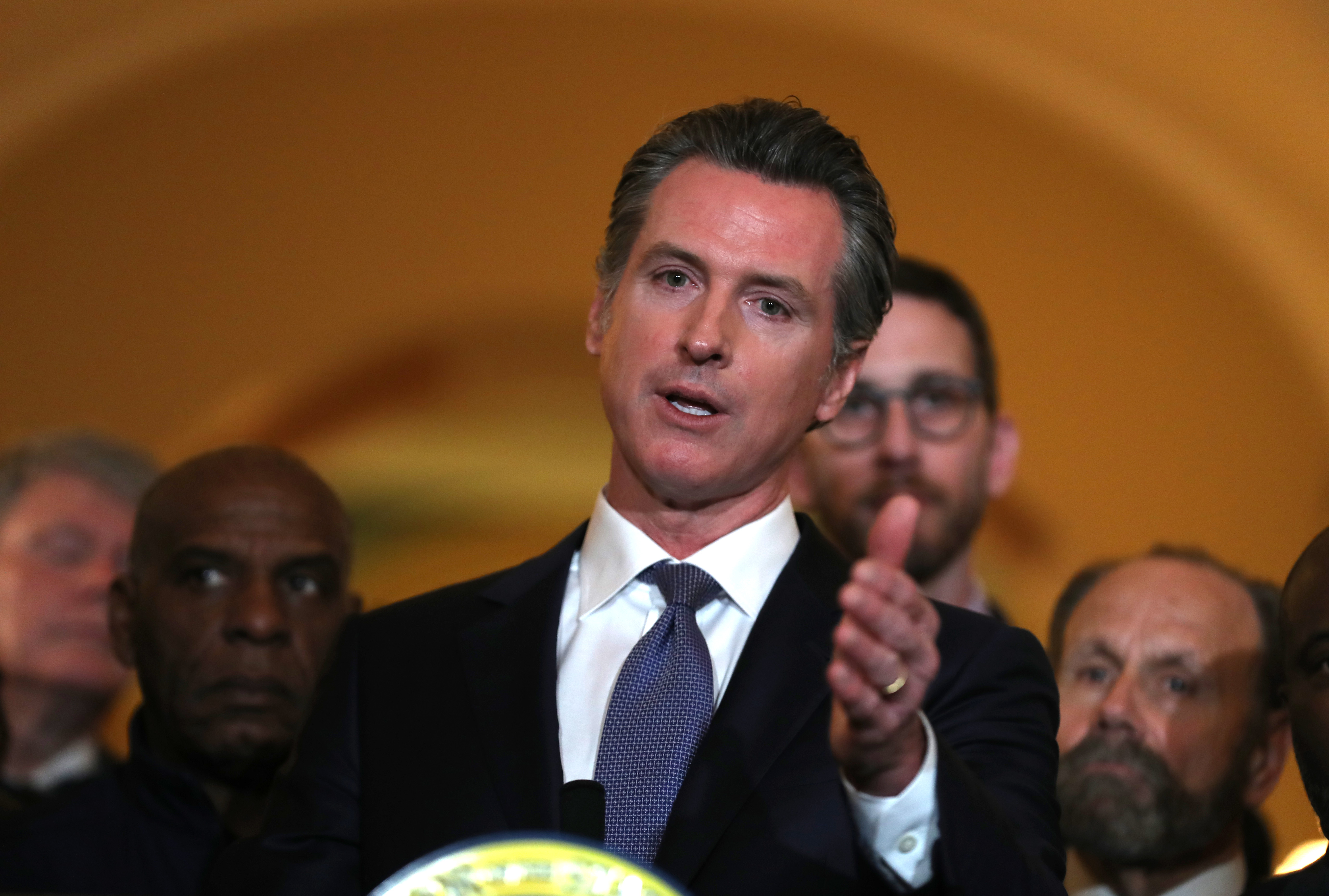 “We remain firm in our belief that SB 27 [the bill] is constitutional and provides invaluable transparency for voters as they decide who will hold the most powerful office in the United States,” Padilla said according to a statement, the LA Times reported.

Trump sued to block the bill in August, noting that it would unfairly force him to give up a right to privacy so he could be a part of the primary. Thomas McCarthy, one of Trump’s attorneys for the lawsuit, said states “cannot try to inform” voters beyond basic information.

“I think the judge got this one wrong,” Democratic state Sen. Mike McGuire said, according to the LA Times. “Transparency is the foundation of accountability. This issue of releasing tax returns is bigger than any one candidate or any one president.”