Honduras is set to sign an agreement with Cuba that will lead to the deportation of Cubans who arrive in the country illegally with the intention of traveling north into the United States.

Honduran President Juan Orlando Hernandez revealed to local media over the weekend that he will soon begin deporting Cubans who arrive in his country illegally, marking the latest immigration agreement in the region.

“With Cuba, we are about to sign an agreement at this time that if an irregular migrant Cuban appears, we will immediately return him to Cuba,” Hernandez announced in a television appearance that aired Sunday night, according to Reuters.

However, it’s not immediately clear when Cuba and Honduras will make the agreement official, and details surrounding it have yet to be released. Lisandro Rosales, Honduras’ foreign minister, suggested earlier in September that Cubans arriving in Honduras with the intention of seeking U.S. asylum might soon have to do so in Honduras.

News of the impending deal comes after Honduras and the U.S. government issued a joint statement Saturday regarding ongoing negotiations between both countries. Honduran and U.S. officials met in Tegucigalpa, the country’s capital city, last week to discuss temporary work opportunities for Hondurans, with Rosales leading his country’s delegation.

The two delegations will continue meeting over the next week as they try to reach a consensus on immigration and regional security.

The announcement marks the latest win for the Trump administration, which has continuously met with Mexican and Central American leaders in an ongoing effort to stem the illegal immigration crisis at the southern border. Beyond building a wall and increasing security at the U.S.-Mexico border, the White House is hoping a string of asylum agreements with Central American governments will cut the high flow of illegal migrants traveling north.

The vast bulk of asylum seekers reaching the U.S. are family units from Honduras, Guatemala, and El Salvador — three countries that make up a region in Central America known as the Northern Triangle.

Acting Homeland Security Secretary Kevin McAleenan signed an asylum deal with El Salvador in Washington, D.C., on Friday. The “asylum cooperation agreement” calls on El Salvador’s government to accept some migrants who pass through its country en route to the U.S. The Trump administration would, in turn, help bolster their government’s asylum system. El Salvador has already placed hundreds of police, soldiers, and immigration agents on its border. 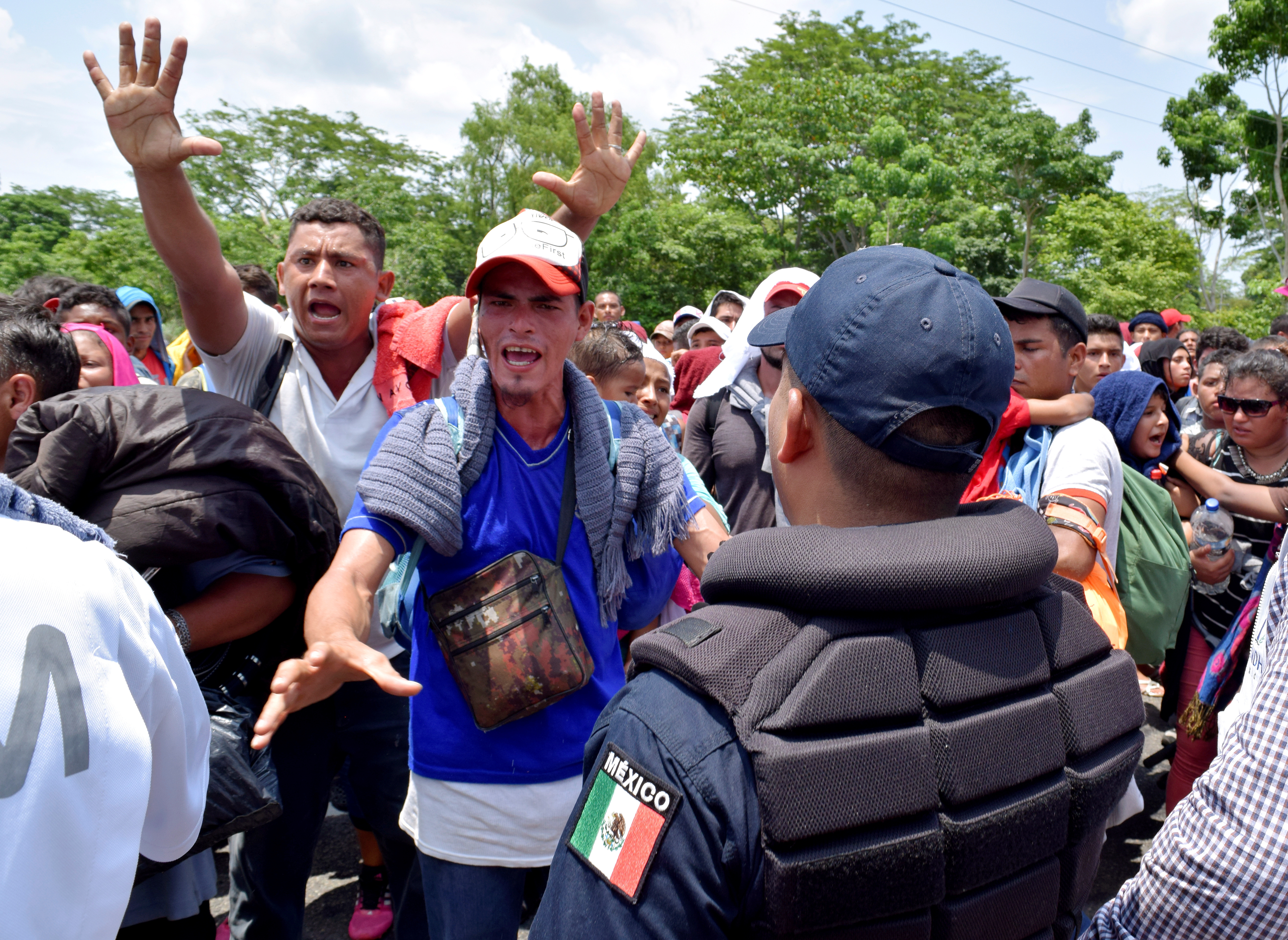 Guatemala signed a “safe third country” deal with the White House in August. Under the terms of the agreement, the Guatemalan government is to also accept U.S. bound migrants who pass through its territory, allowing them to seek protected status there instead of the U.S. However, this agreement has yet to be ratified by the Guatemalan legislature, and it remains extremely unpopular with its citizens. (RELATED: Border Patrol Agents Begin Screen Testing Migrants Who Claim Asylum)

Faced with the threat of tariffs, Mexico’s government agreed to ramp up its own immigration security in June. Mexico has since deployed hundreds of National Guard troops on its border, housing thousands of asylum applicants, and has ratcheted up deportations of illegal migrants.

The Trump administration is continuing to pressure Latin American governments to better enforce illegal migration, and is looking to score more safe third country agreements within the next few months.