President Donald Trump began a fundraising campaign Tuesday based on his own potential impeachment.

In a fundraising email sent to the Daily Caller, the Trump campaign is urging “strong American patriots” to resist the attempt by Democrats to “silence you.”

Those interested can join the Official Impeachment Defense Task Force with their contribution before midnight Tuesday.

House Speaker Nancy Pelosi announced Tuesday that she was  in favor of beginning an inquiry to impeach the president. (RELATED: Whistleblower Had No ‘Direct Knowledge’ Of Telephone Call — Just ‘Hearsay’) 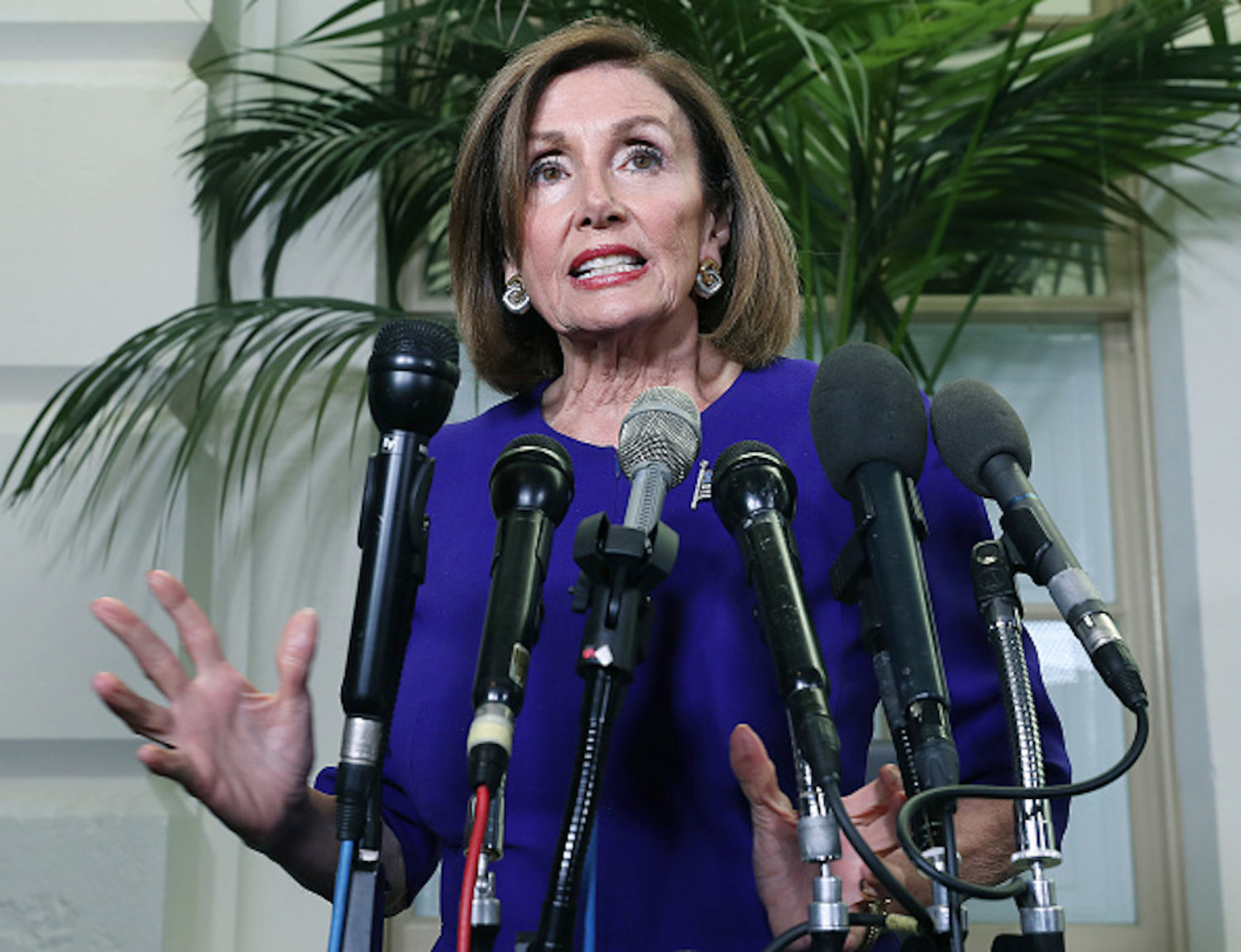 Speaker of the House Nancy Pelosi (D-CA) speaks to the media after a meeting with the House Democratic caucus after she announced that House Democrats will start an impeachment injury of U.S. President Donald Trump, on Sept. 24, 2019 in Washington, DC. (Photo by Mark Wilson/Getty Images)

“Nancy Pelosi just formally called for the first step towards my impeachment. This is just another smear job and pathetic attempt by Democrats to rip the power from the people.” the email said.

Trump says the evidence will prove his innocence. “I’ve done nothing wrong. Trust me, you’ll see the transcript.”

The president says the motive of “the Democrats’ constant personal attacks, vicious lies and now these baseless impeachment attacks never had anything to do with me.”

“Their goal has always been to silence you. They want to steal your voice and your vote. This is only the beginning of yet another nasty witch-hunt against me and we need to fight back bigger and stronger than ever before.” the email concluded. (RELATED: Trump On Impeachment: ‘It’s The Only Way’ Democrats Can Stop Me)

“Remember all our contributions will be double-matched.”

A majority of House Democrats also support impeachment — a milestone reached last month. However, Pelosi had continued to balk at impeachment proceedings.

According to a report this week, Pelosi first warmed to impeaching Trump after the fall-out from an anonymous whistleblower who claimed the president pressured his Ukrainian counterpart to investigate the business dealings in Ukraine of the son of former Vice President Joe Biden.

The Ukrainian foreign minister has denied that story, saying “no pressure” was applied.

Pelosi previously resisted the demands of some of the more radical Democrats in the House to impeach Trump, suggesting it is politically foolish to proceed without public opinion supporting the decision. But she has also reportedly said “I don’t want to see him impeached, I want to see him in prison.”