Demi Moore says ex-husband Bruce Willis was controlling during their marriage and wanted her to just be a stay at home mom instead of a worldwide celebrity.

“Bruce [Willis] insisted that he thought everything about me was beautiful: he wrapped my fear and anxiety in his love,” the 56-year-old actress wrote in her new memoir titled “Inside Out” according to the Daily Mail in a piece published Thursday about the start of their relationship. (RELATED: Demi Moore Strips Down For Nude Cover Shot Of Harper’s Bazaar) 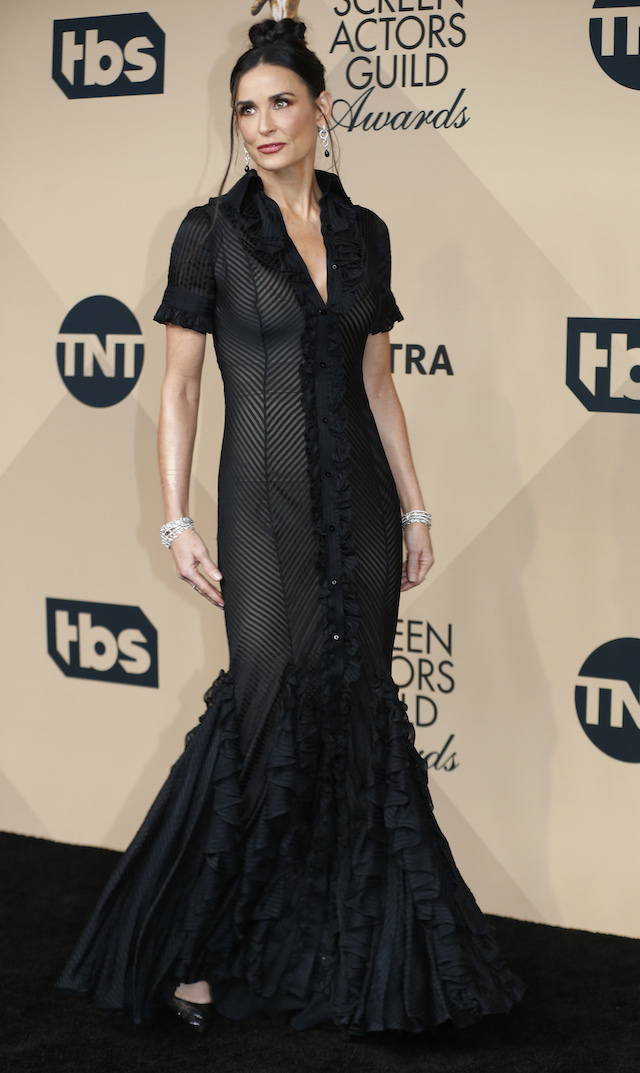 “But if you carry a well of shame and unresolved trauma inside of you, no amount of money, no measure of success or celebrity can fill it,” she added. (RELATED: Celebrate Anna Kendrick’s Birthday With Her Hottest Looks [SLIDESHOW])

The “Striptease” star goes on to explain that while both her and Willis’ career started to takeoff, the “Die Hard” star wanted her to be a stay at home mom and after their daughter, Rumer Glen Willis, was born in 1988.

“This is never going to work if you’re off shooting a film,'” Moore wrote that Willis told her.

“‘Well, we’ll make it work,” the “Indecent Proposal” actress assured him as she said she planned to bring their daughter with her on the set of the movie she had been just offered titled “We’re No Angels” which was shooting in Canada.

Moore said Willis instead wanted her to be a stay-at-home mom, so she flew home every weekend to be with them.

Then she got the lead female role in “Ghost” and everything in their relationship and marriage changed.

“I don’t know if I want to be married,” Moore claimed Willis told her because he both wanted the stability of a family, but “he also craved excitement and novelty … Basically he wanted to do whatever the f—k he wanted,” per Fox News.

Moore then got pregnant two more times and had two daughters. Each time she got pregnant it seemed their her and Willis’ relationship would be back on track, but it didn’t last and they finally divorced in 2000.

“I think both of us from the outset were more passionate about having kids than we were about being married,” Moore shared.