A group of prominent activists gathered in New York to highlight the imprisonment of a woman in Kuwait as world leaders attended the United Nations General Assembly Wednesday.

Marsha Lazareva, a Russian national and mother of a 5-year-old U.S. citizen, held U.S. green-card status before authorities arrested her in 2017 while doing business in Kuwait under charges of embezzlement and sentenced her to 10 years of prison and hard labor in May 2018.

The Kuwait government released Lazareva in June after she spent about 472 days in prison. Her legal team posted millions of dollars in bail and a judge overturned her conviction. Lazareva resides in a guarded home in Kuwait with her young son because the country won’t allow her to leave, and she has experienced a number of human rights violations, attorneys for Lazareva told the Daily Caller News Foundation.

“We were very pleased to have Pam Bondi, Cherie Blair and Neil Bush highlight the detention of Marsha Lazareva in Kuwait, preventing her and her [5]-year-old son, Yvan, from returning to the United States,” attorney Jim Flood told the DCNF.

“It is very important that the U.S. and the global community work to resolve this terrible human rights abuse and the U.N. General Assembly was a perfect forum to bring attention to Marsha’s cause,” he added.

The purpose of the event, which was broken up into two press conferences, was not only to bring Lazareva’s story to light and attempt to get her back to the U.S. but to highlight women’s rights and international rights abuses in the Middle East. 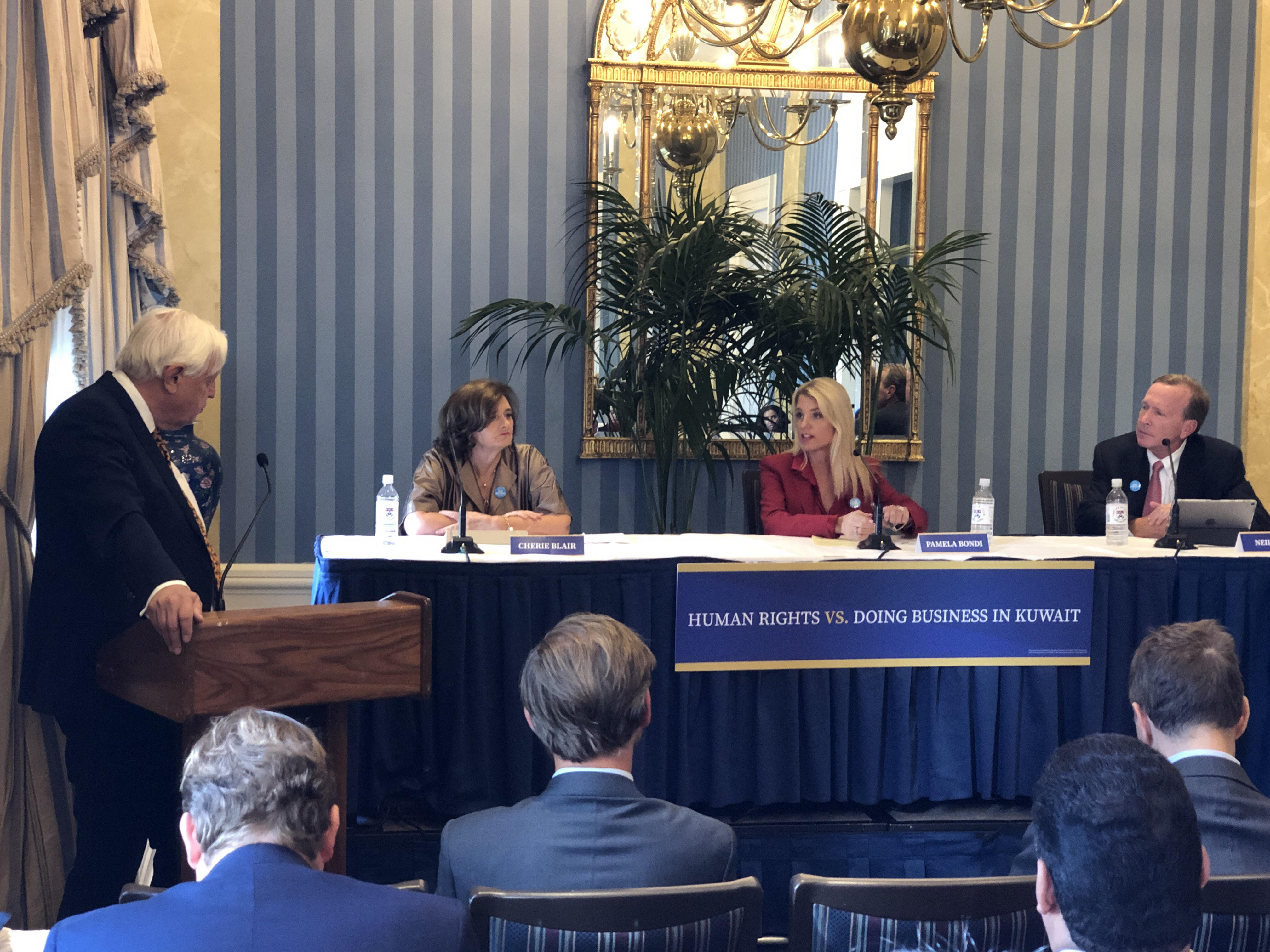 Blair discussed the global impact of this case during the event and how Kuwait’s corrupt government could impact other people doing business in the country. She added that Lazareva needs to be released not only because she is innocent, but also because allowing this kind of injustice to continue encourages others to abuse human rights.

Lazareva’s legal team submitted complaints to the U.N.’s Working Group on Arbitrary Detention on May 23, and Kuwait responded on Sept. 3 stating that the country has a fair and impartial court system, which Lazareva’s lawyers told the DCNF they believe is false in this case.

“The international community is gathered in New York this week for the U.N. General Assembly, which is why we’re here bringing worldwide attention to a major human rights violation,” Neil Bush told FOX Business.

“An innocent woman and her [5]-year-old son are trapped in Kuwait, unable to return to the U.S. World leaders must continue pressing the Kuwaiti government to live up to its ideals and let this family go,” he continued.

Blair previously brought Lazareva’s story to a U.N. body days before Kuwait assumed the month-long presidency of the U.N. Security Council in June. She told the DCNF she and other advocates for Lazareva were looking toward the U.N. “to intervene on her behalf and help end her arbitrary detention.”

The Kuwait Appeals Court recognized Lazareva was unlawfully convicted on May 5 after she had spent a year in jail, according to her legal team. (RELATED: Lawmakers From Both Parties Request Action From Treasury To Help Businesswoman Stuck In Kuwait)

Lazareva is one of the most successful businesswomen in the Middle East, her lawyers explained, and they think that upset some high-profile male officials in Kuwait.