A federal judge in New York City ordered Democratic Rep. Alexandria Ocasio-Cortez to give testimony in a lawsuit alleging she violated the First Amendment by blocking critics on Twitter.

U.S. District Judge Frederic Block asked for the congresswoman’s testimony during a Thursday hearing in a Brooklyn federal court. After accepting evidence and hearing witness testimony, the judge said the hearing would continue when he could hear from Ocasio-Cortez.

The plaintiff is former Brooklyn Assemblyman Dov Hikind, a Jewish community leader who criticized the freshman Democrat for comparing migrant detention facilities at the border with concentration camps. Hikind alleges the congresswoman blocked him because of his tweet.

“AOC’s actions violate the First Amendment rights of Mr. Hikind, others like Mr. Hikind, and those who follow the @AOC account and are now deprived of their right to read the speech of the dissenters who have been blocked,” Hikind’s complaint reads.

A group of Twitter users blocked from the @realDonaldTrump account sued President Donald Trump on a similar First Amendment theory. They prevailed before the 2nd U.S. Circuit Court of Appeals on July 9, when a three-judge panel ruled that the interactive digital space attending particular tweets is a public forum where the First Amendment applies.

As in the Trump case, Ocasio-Cortez counters that her @AOC handle is a personal account, while a separate @repaoc account is an official platform open to all comers.

Joseph Sandler and David Mitrani of Sandler Reiff Lamb Rosenstein & Birkenstock, who represent Ocasio-Cortez in the litigation, said her conduct on both accounts is consistent with congressional rules.

“We are pleased that at [Thursday’s] hearing the court provided both sides a full and fair opportunity to present the facts regarding the use of the two separate Twitter accounts by the congresswoman — one that is for her official use (@repaoc) and the other for her campaign/personal use (@AOC),” Sandler and Mitrani said.

“Significantly, we were able to bring the court’s attention to the House rules that put up a solid wall between social media accounts used for official purposes and those used for campaign/personal purposes — and to other very significant differences between the use of congresswoman’s personal/campaign account and the clearly official Trump account that was the subject of a court ruling precluding the president from blocking followers on that account,” they added. (RELATED: Trump Judicial Nominee Falters Amid Conservative Revolt) 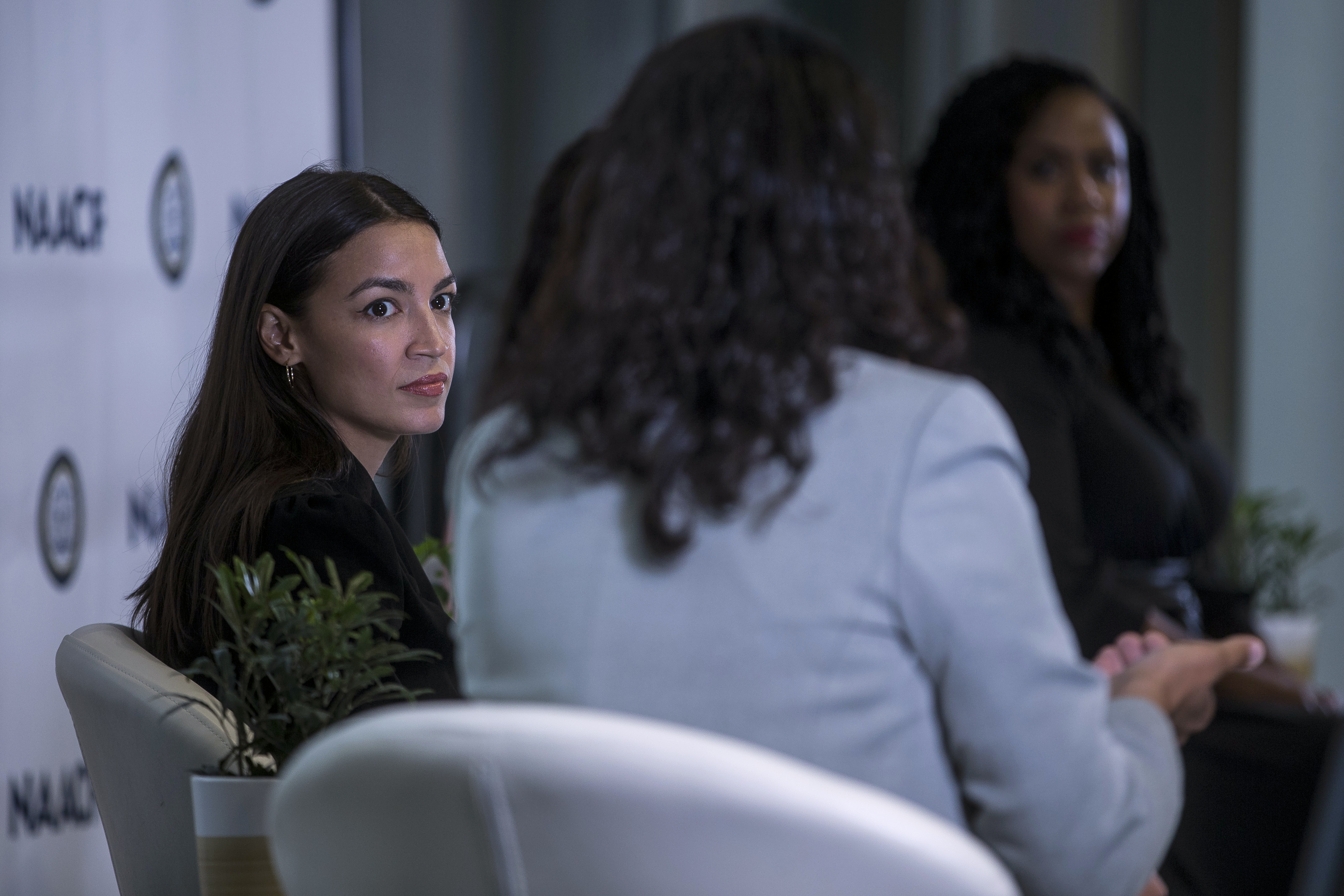 The Knight First Amendment Institute, a public interest law practice specializing in free speech issues, warned Ocasio-Cortez in an Aug. 28 letter that blocking her social media critics is viewpoint discrimination, a cardinal First Amendment sin. The Institute said the distinction between professional and personal accounts is immaterial if a personal account functions as an extension of a public official’s office.

“While we understand that you have another account that is nominally your ‘official’ one, the fact remains that you use the @AOC account as an extension of your office,” the Knight Institute wrote. “Notably, the 2nd Circuit rejected President Trump’s argument that his account is a personal one even though he has other accounts — @POTUS and @WhiteHouse — that are nominally official,” they wrote.

The case is Hikind v. Ocasio-Cortez in the U.S. District Court for the Eastern District of New York.