A county police department in Virginia announced Tuesday that one of their officers was suspended for turning an illegal alien over to Immigration and Customs Enforcement (ICE) after determining the individual had dodged a deportation hearing.

Fairfax County Police Chief Edwin C. Roessler Jr. said the officer in question had a “lapse in judgment” when he called ICE about the illegal alien.

“This is an unfortunate issue where the officer was confused,” Roessler said. “We have trained on this issue a lot. This is the first time we’ve had a lapse in judgment, and the officer is being punished.”

The officer reportedly encountered the illegal alien when responding to a traffic accident on September 21, during which he discovered that the individual did not have a Virginia driver’s license. After running the person’s information through the Department of Motor Vehicles system, the officer discovered ICE had issued an administrative violation against the individual for failing to appear at a deportation hearing. 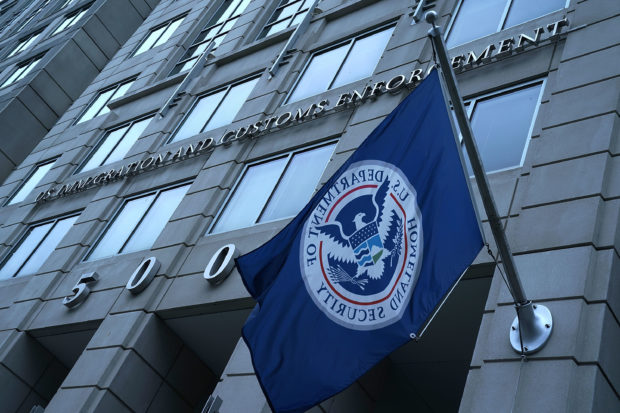 The officer verified the warrant and then called the listed ICE agent, who came to the scene and took the alien into custody. The individual was released several hours later with an ankle monitor.

Fairfax County has a policy that limits the police department’s cooperation with ICE. Officers cannot check the immigration status of an individual unless they are booked in jail for another crime, and they may not detain individuals based solely on a civil immigration violation. (RELATED: How A Maryland Sheriff Deported MS-13 By Cooperating With ICE)

Roessler said the officer did not intentionally violate the policy and recognized it was a mistake, but has been relieved of duties while the department conducts an investigation and will have to attend remedial training.