The average price of gas per gallon in California has skyrocketed to its highest level in five years, according to the Oil Price Information Service.

The average cost in the state soared to $4.18 while drivers in other areas are paying as much as $5 per gallon, CNN Business reported Tuesday, which could mean bad news for Democratic politicians vying for more regulations and higher taxes, Republican candidate for California’s 50th Congressional District Carl DeMaio told the Daily Caller News Foundation.

CNN Business pointed to refinery outages as the reason for the inflated prices. California has 15 oil refineries while the entire U.S. has a total of 135, according to the California Energy Commission and the U.S. Energy Information Administration.

But DeMaio told the DCNF that California Democrats and their policies taxes are to blame for the rising prices.

“That’s what Democrats like to blame,” DeMaio said. “‘Oh, it’s the industry. It’s the market. We had nothing to do with it.’ Spare me, you arsonist firefighter. You created the problem with your taxes, mandates and regulations. And now you come along saying, ‘It’s not our problem. It’s the private sector’s problem.’ This is how they escape responsibility for the problem.”

DeMaio added California’s increasing regulations and gas prices will “absolutely” have an impact on Democrats in the next elections, adding that Republicans could have saved seats in the state in 2018 had they made these issues the central focuses of their campaigns, but “they’re too ignorant to actually see the opportunity in front of them.”

Mandates and fees imposed by Democrats “add about $1.50 to every gallon of gas,” DeMaio, chairman for Reform California, which campaigns against tax increases, told the DCNF. He added later that California Republicans “have allowed [Democrats] to get off scot-free on this issue.”

Sales tax on gas in California increases as the underlying price of fuel increases. The state’s latest gas tax, which went into effect on July 1 and moved California to the No. 1 position for highest fuel prices in 2019, aims to produce $50 billion for transportation projects over the next 10 years, KCAL 9 reported. DeMaio is trying to repeal the gas tax.

Democratic California Gov. Gavin Newsom signed an executive order in September that will redirect the funds produced from the gas tax from roads and highways to railway systems.

“They all go to their fetish for climate change and transit and bike paths and high-speed rail trains to nowhere,” he told the DCNF.

“This is a big regressive tax,” he added. “It’s a regressive cost of living that affects the working poor the most. Your limousine liberals from the Bay Area don’t worry about it. They have more than enough money to pay for the higher gas prices. They drive around in hundred-thousand-dollar electric cars.”

“It’s working families who are disproportionately hurt by the higher gas prices,” DeMaio continued. (RELATED: Here’s Why Californians Pay Way More For Gasoline Than Everyone Else) 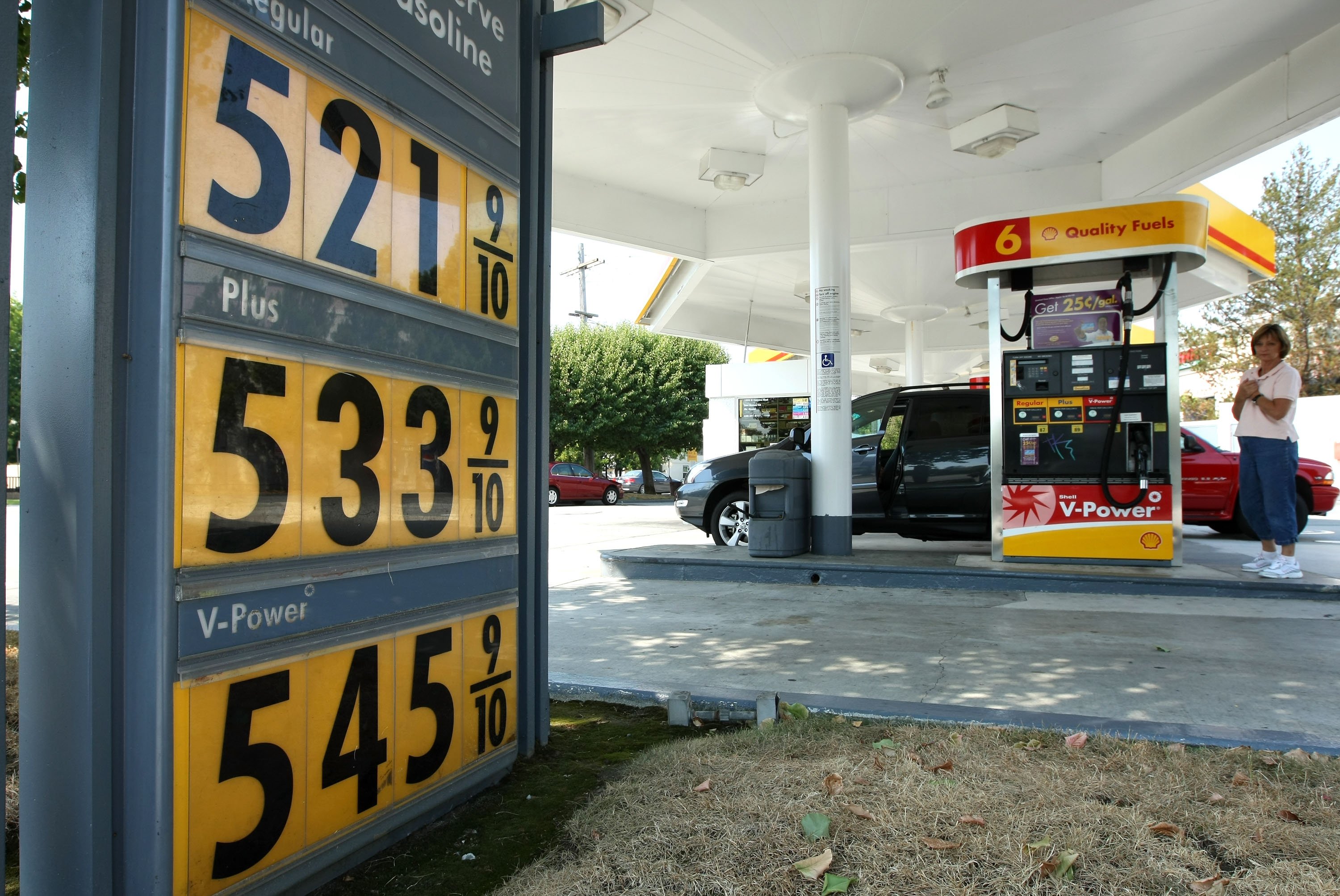 Gasoline prices over $5.00 per gallon are displayed at a Shell station June 23, 2008 in San Mateo, California. (Photo by Justin Sullivan/Getty Images)

California also produces the majority of its own fuel in accommodation with the state’s strict environmental rules, which include formulas specific to the state that are designed to reduce pollution. The formulas are also designed to change with the seasons to slow down evaporation, according to the California Air Resources Board.

“It’s the regulations, the taxes, mandates and fees — all of those things combined — [increase gas prices by] $1 to $1.50 depending upon what point of the year you’re in. And when you take a look at that and say, ‘Oh, the reason why we have all these regulations is [because] it will improve air quality,’ I don’t think based on today’s technology that is anywhere near a credible statement,” DeMaio told the DCNF.

“If you take a look at what Democrats are doing on water policy and choking off the supply of water from places like Central Valley — the worst impact to air quality today is the dust that’s kicked up in Central Valley because we’re not allowing farmers access to water to keep their fields compact, and so nobody seems to be addressing why we have these regulations,” he concluded.

Patrick DeHaan, head of petroleum analysis at GasBuddy.com, said in a Tuesday tweet that he expects the state’s gas prices to fall soon.